The Perfect Striker? A Statistical Look at Diego Costa’s Hot Start for Chelsea 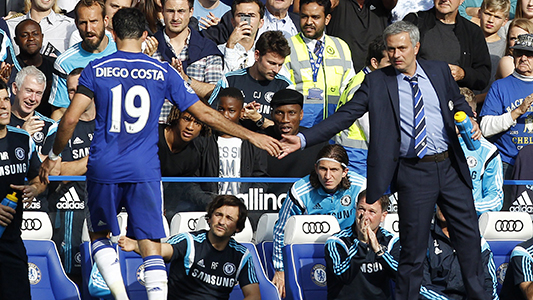 There’s nothing easy about buying a superstar striker. Rightly or wrongly, forwards get judged solely on how often they put the ball in the net. When a club spends tens of millions of dollars on a player, nobody really cares about process, or integration, or the natural variance in finishing. The world cares about one thing: how long till the player scores the damn ball. Sometimes they do, sometimes they don’t. Price tag and pedigree have only so much to do with it.

In 2007, Fernando Torres was arguably the best striker in the world. Four years later, Chelsea bought him for £40 million. But 2007 Torres never made the trip to West London. Now the Spanish striker is plying his trade in Serie A, for Milan.

Chelsea’s investment in Diego Costa is looking a little more sound. It took José Mourinho’s bright and shiny new striker all of 16 and a half minutes to score his first goal for the club, and he hasn’t stopped since.

Costa has been a key to Chelsea’s almost perfect start to the season. The question is if it will continue. He’s scored nine goals already, while no other Premier League player has more than five. Costa has taken 22 shots — fourth in the league — and he’s put 16 on target. (All stats courtesy of ESPN Stats & Info.) Taking lots of shots is good, and putting lots of shots on target is even better. Still, getting nine goals from that few shots is pretty insane. He’s scored on 40.9 percent of his shots, and gotten 72.7 percent of them on target. Those are some absurd numbers. 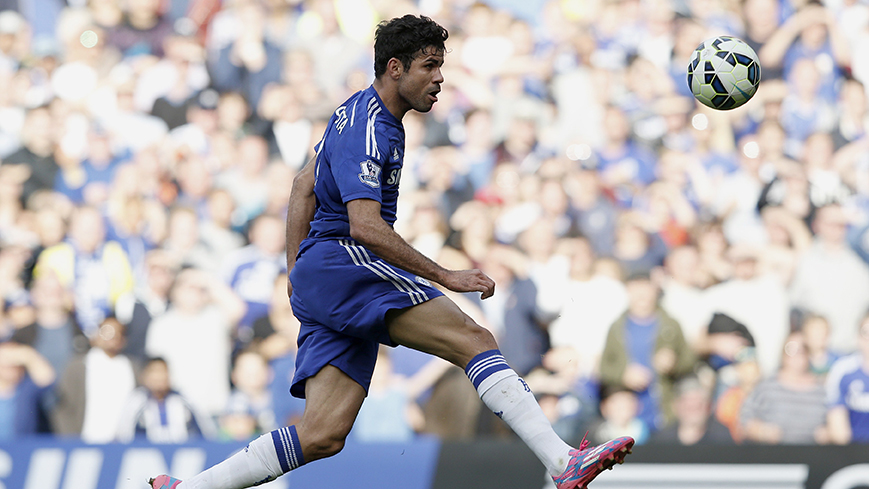 For comparison’s sake, I looked at all players with more than 20 non-penalty shots1 in a season in the four big European leagues (England, Spain, Germany, Italy) since 2010-11. There was exactly one player who got more than 70 percent of his shots on target, Wesley Sneijder for Inter Milan in 2012-13. The Dutch midfielder played a grand total of five games and took 21 shots. Raise the bar to 50 shots, and there are only three players in the data set who managed to get 60 percent on target: Pablo Osvaldo for Espanyol in 2010-11, Gonzalo Higuaín for Real Madrid in 2011-12, and Julian Draxler for Schalke in 2012-13.

The same holds true for Costa’s shooting percentage. You just don’t find guys who shoot a lot and have those kinds of high conversion rates. Only two players since the 2010-11 season have converted more than 30 percent of their shots in a season: Higuaín in 2011-12 and Milivoje Novakovic for Cologne in 2010-11.

Timing is almost everything, and location is the rest of it. Costa just always sort of has been in the right place at the right time. This is reflected in his expected goals total. What are expected goals? Watch this:

Welcome back. Costa’s average of 0.78 expected goals per 90 minutes is the best in the Premier League, which is even more impressive when you consider that, despite having 22 shots, he doesn’t shoot that frequently (only 3.20 times per game, ninth in the league and second on his own team to André Schürrle).

Costa is getting his shots in some prime locations. Outside of Lionel Messi and Cristiano Ronaldo, only Daniel Sturridge for Liverpool, in 2012-13, averaged more than 0.78 expected goals per 90 in a season within the data set. Sturridge, Messi, and Ronaldo all shot more than four times a game when they accomplished it.

Add all of those numbers together, and what you get is a seven-game stretch from Costa that is unique. It’s easy to say his accuracy will come back to earth, but we can’t be certain the same thing will happen with his expected goals numbers. Sure, maybe the ball will stop ricocheting into his path, maybe his psychic connection with Cesc Fàbregas will break, or perhaps defenders will start getting toes to balls destined for his feet. But maybe his positioning is just that good.2

Costa’s scoring rate will almost certainly slow down some. Scoring 1.31 goals per 90 would be second in the data set to only Messi’s 2012-13 season. Besides Messi, only Mario Gómez and Higuaín have even managed a season of one goal per 90 minutes. But just because Costa will slow down doesn’t mean he’ll slow down much. 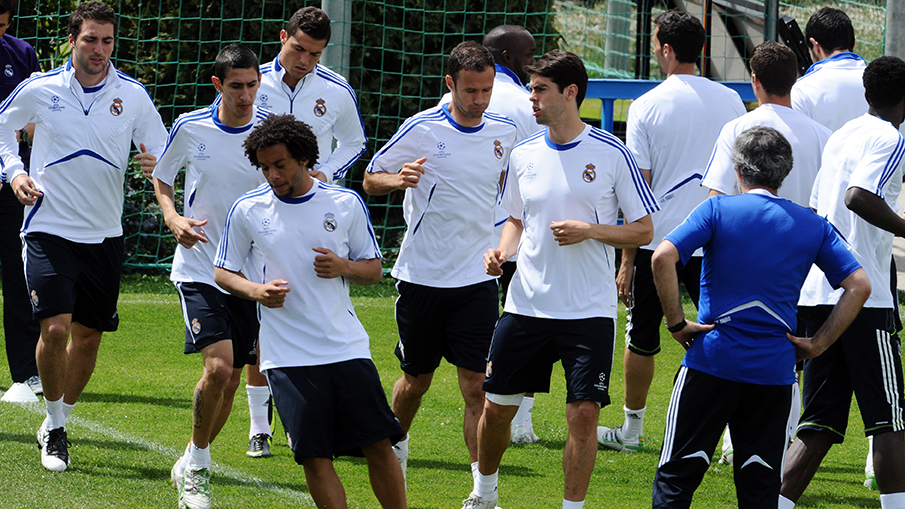 It’s no coincidence that Higuaín’s 2011-12 season keeps popping up here. That year, Higuaín scored 22 goals on only 60 shots for a Real Madrid team managed by Mourinho.

Compare 2014-15 Chelsea to 2011-12 Real Madrid, and it isn’t hard to see the similarities. Both feature a central midfield pair (one passer, one destroyer); a band of three, including a superstar who draws the defense’s attention, a creative facilitator, and a skilled energy player; and a striker who gets into all the right positions. Chelsea might actually be better than that Real Madrid team. They have an elite striker instead of just a good one. And whatever they lose in Ronaldo, they gain with the more naturally facilitating Eden Hazard.

Costa’s accuracy numbers this year, in light of what Higuaín accomplished under Mourinho, suggest that whatever the Special One does tactically, it results in his strikers getting better opportunities than expected goals measurements would capture. It’s also possible that, within Mourinho’s system, the way his incredibly prolific midfielders attack creates chances of real quality for his forwards, provided they have the instincts to get to the right spots at the right times. Combine those two things and you have a high expected goal mark that a forward outperforms.

This year, Costa is scoring at 0.53 goals above his expected goal count per 90 minutes, a rate that would be the highest in the data set. Messi has one season when he scored 0.51 goals above expected. Next on the list? Yep, it’s Higuaín with 0.47.

Costa and Mourinho are a match made in goal scorer heaven. Costa is the anti-Torres. This is what happens when you get the perfect marriage of skill set and system. Chelsea were in the title race last season, and in the final four of the Champions League, despite having a gaping void at the top of their formation. Filling that hole for £32 million is a bargain, despite the price tag. And yes, it’s only seven games, and Costa will probably have to endure a rough patch at some point (or suffer an injury, as he is prone to do). All strikers do. But so what? These seven games are more than enough evidence to say he’s perfect for Chelsea. That might be enough for Mourinho to win the league, and more.