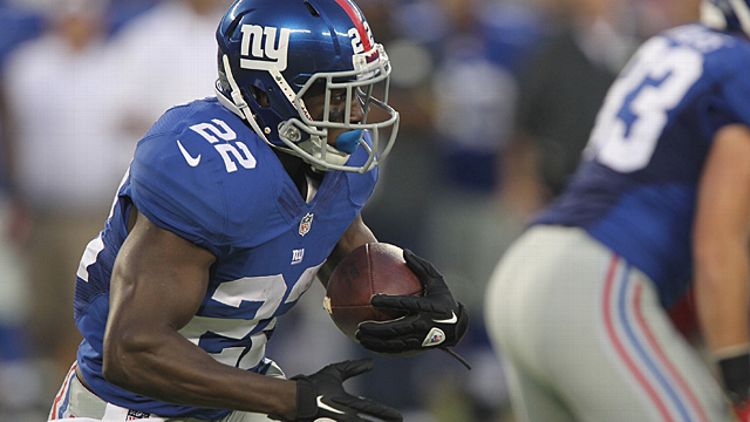 I hate to say I told you so. But let’s face it, I told you enough so to last a lifetime. Last week I went right up to each and every one of your degenerate gambler faces and urged you to jump on my prop bets. And did you listen? Actually … there’s no way for me to really tell. But at a quick glance, you seem to be wearing the same rags from Ross Dress for Less as you were when we started this thing, so I’m guessing no.

My Week 1 plays netted 73,500 jermajesties.* I barely survived the Colts halftime bet (thank you, Sebastian Jani-hook-ski!), capitalized on a lethargic Steelers offense, and then hit on a miracle three-team teaser where two of the teams trailed in the fourth quarter. That hasn’t happened for me since back in the days when Bo Jackson ruled Tecmo Bowl and Q*bert ruled Q*bert.

Vikings to score fewer than 18 points vs. the Bears

The jig is up in Minnesota. Last week, the Lions and their laughable sieve of a defense adjusted and stacked eight in the box against Christian Ponder a whopping 22 percent of the time the Vikings had the ball. The league average? Four percent. Well, it worked. Bears defensive coordinator Mel Tucker will have a similar plan. Ponder is going to have to complete a number of midrange passes, which has proven to be a chore and is even less fun against the Bears’ ball-hawking cornerbacks. I like the Vikings to score under 18 points. Even under 17 points. Hell, I’ll say the Vikings score under 16 points! I’ll stop there. 20,000 jermajesties

This is it. The changing of the guard in the NFC West. Seattle wins big and wins early as its 12th man becomes the big fantasy waiver-wire pickup, creating three turnovers and rushing for 150 yards, giving the Seahawks a 17-3 first-half lead. First reader to take a picture of a “PED-FENSE” sign and send it to me gets a retweet and a cashier’s check for three jermajesties. 25,000 jermajesties

David Wilson will NOT fumble vs. the Broncos (-400)

This prop is legit. Look hard enough and you’ll find it. Rumor has it that Wilson, who coughed up the ball twice last week, was visited in his doghouse by ex-Giants WR and Super Bowl XLII hero David Tyree. Tyree rubbed whatever magic sticking ointment he had on his helmet on Wilson’s hands, so everything’s good now. Seriously, I have a feeling this is a repeat of last year, when, after being dressed down by Coach Cherry Face Coughlin, Wilson will right the ship. 5,000 jermajesties

The terrible tissues were out in full force last week at Heinz Field as the Steelers started their annual tradition of carting injured lineman off the gridiron. Maurkice Pouncey’s departure spells a lot of three-and-outs for Pittsburgh. I’m calling for a blowout in Cincy. 1,000 jermajesties each

Jaguars +16 … wait … they’re playing the who and are getting how many? Jacksonville is a single safety away from covering this giant teased spread. 40,000 jermajesties

Over/under Tuesday at 2:30 p.m. before Patriots owner Robert Kraft swallows his pride and gives Charell Ochocincowens a contract for the 2013 season

Yes, you collect on this bet if New England signs either Chad Ochocinco or Terrell Owens by midweek. Look, I don’t want these a-holes monopolizing the NFL pregame chatter either, but how long are Pats fans expected to watch their rookie misfits treat Tom Brady’s spirals like they have hepatitis laced with MRSA?

You’ll never see Eli chase after his own pick-sixes faster than when he’s faced with the possibility of a lifetime of singing bubble-gum pop songs with his new brothers at the Pembina County Fair in Hamilton, North Dakota.

Did you know if you scramble the letters in “Ndamukong” you can spell the words “Thuggish Bloodthirsty Meat Head”? Go ahead &38212; try it.

230,000/1 odds that this Monday, you will overhear an officemate utter the following at the water cooler: “You know, a lot of people were down on the Jags and Raiders, but both teams gave it all they had and ended up playing the most entertaining game on the Sunday slate.”

Rumor has it Mel Kiper is in the process of defrosting his hair to make a postgame appearance in Oakland in an effort to force the losing team to make the first pick of the 2014 draft. Let’s get this unpleasantness out of the way already.

5/2 odds Floyd Mayweather Jr. loses the $41 million (before the TV take) he earns for his fight with Canelo Alvarez betting the over in the Eagles-Chargers game the next day

Someday, Floyd will kick his horrific gambling problem and start spending his hard-earned money on more responsible things like Bentleys. Another reluctant prediction: Mayweather over Alvarez 116-112.

Over/under .5 touches for 49ers running back Anthony Dixon this Sunday night vs. the Seahawks

Ahh, yes … it’s always the ones who don’t touch the ball that tweet the loudest. On Twitter earlier this week, Dixon referred to Seattle as the “She-hawks.” The best part is that the 17th-string running back won’t get nearly enough PT to be a factor in this game. Hey, Dixon — look out there. Do you ever see Tiaan Snyman run his mouth a few days before his Namibian squad plays archrival Kenya in the cricket championships? No, because he knows he doesn’t get nearly enough bowls or wickets or whatever the eff they need to do in cricket to make a difference. (Took me 20 minutes to look up that nonsense — hope it was worth it.)

750/1 odds that following their awkward exchange during last Saturday’s telecast of the Notre Dame–Michigan game, Brent Musburger and Eminem sign up to play Walter White and Jesse Pinkman in Breaking Bad the Musical.

I could watch these two pretend to know who the other is for hours. My buddy Lewis Kay is already in the process of getting them to present at next week’s Emmys. That is — if Brent isn’t already slotted into the “in memoriam” montage.

@TheCousinSal does that old lady who just swam to Cuba count?

@TheCousinSal That's a good job by the NFL getting the Jax/Oak game out of the way on a Thursday.

That tweet was in reference to that disgusting snooze-fest we were subjected to last night. Awful. You weren’t the only one confused, Casey. Thursday Night Football is back!

Over/under 13.5 million people fooled by this video of a woman catching fire while twerking

It was revealed this week that my cousin Jimmy, with the help of writers Eric Immerman, Bess Kalb, and Jeff Loveness (three real-life jerks), perpetrated a fraud against the United States of YouTube. Between us, Jimmy also played the role of the “Leave Britney Alone” dude and the keyboard cat. Sorry to ruin it for you.