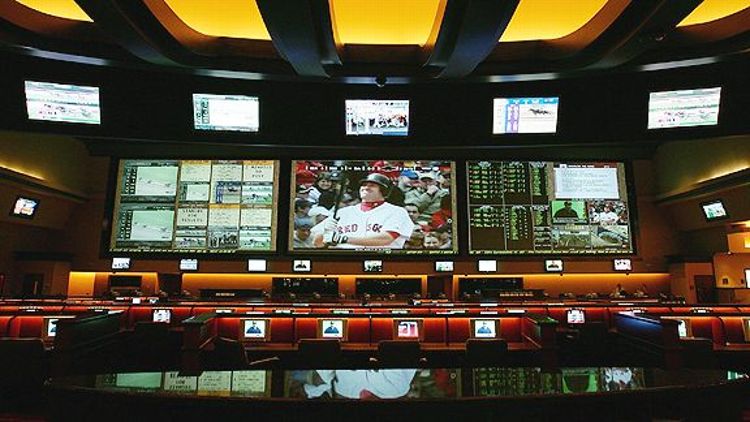 We’re back in the black baby! Last week I hit on a monster proposition bet — a 30/1 long shot paid out when the Bears were the highest scoring team in Week 6. 30/1! Seriously — what other bloggers are giving out 30/1 winners? Arianna Huffington? Perez Hilton? I’m guessing hardly ever.

I also hit Monday night with the Matt Moore throwing an INT before a TD pass prop. (Yes — an INT run back for a TD counts as a win)

The Pats and Bills screwed me with their point totals but instead of facing me like men they decided to take their bye this week. Yellow-bellies!

My overall total is now -14,000 jermajesties. That’s nothing. Honest — I looked it up — a jermajesty literally amounts to exactly nothing.

That thud you just heard was me diving head first off the Panthers bandwagon. Cam Newton is fun to watch but as a team they’re just not as good as everyone wants them to be. Don’t believe me? Check the standings. The Redskins underrated defense gives them a little extra push in prepariation for the John Beck era. 20,0000 jermajesties

It worked last week. Pick a game. Take both squads to be the highest scoring team of the week — then hope for missed tackles and phantom pass interference calls in the end zone. The Steelers have something to prove offensively after mailing in their win against Jacksonville last week. And as disgusting as they’ve been to watch, the Cards usually show up for their home games (scored 28 and 31 this year). 2,000 jermajesties each

It would only be fitting that after all this talk about Carson Palmer, the opposing quarterback lights it up. Besides — the Chiefs should be down early, opening up an opportunity for a plethora of Cassel garbage yards. Incidentally — for some reason Rex Grossman is still on the board at 20/1. If you take that one I have a life insurance policy for Gadhafi I’d like to sell you. 1,000 jermajesties

Call it a hunch — the Jags don’t want their last Monday Night game before moving to Los Angeles to be a clunker. What? They have another one this year against the Chargers? Shhh. Nobody tell them. 10,000 jermajesties

Bonus prop that’s not really a bonus because it’s too late to bet: Under 1.5 extra inning games in this year’s World Series (-260)

If this blog had been posted yesterday I would’ve urged you to jump on this prop with me. It hasn’t lost since 1991 and the best part is every night you only have to watch a half-inning of a game you otherwise don’t give a flying crap about.

I’m only half-joking here. I actually think this would be a smart idea in general for the losing coach. Sure you beat our asses on the field but boy you should’ve seen your face just now. Whoa! Whoa! Whoa! Settle down. You wouldn’t hit a man with a fake nose and glasses would you?

Over/under “diabetic coma” in terms of how severe an injury Sean Payton would have to suffer during this week’s game vs. Indy to get outcoached and lose.

This one’s gonna be a laugher. Forget the MCL tear, Payton could be water-boarded by a bottomless Gatorade jug for three hours and still coach a game good enough to win by three TD’s.

Bears/Bucs in London. 500,000/1 odds this week that during an off day Chicago DE Julius Peppers shoots a sex tape with Pippa Middleton

I’ll put a buck on it. Who knows — this could be just the spark needed to launch Keeping Up With The Middletons.

Why not? They’ve looked three time zones away in reaching out to Boise St., SMU and Air Force. I can hear Dick Vitale now — “And congratulations to the diaper dandies of the Beirut University Orangemen for winning The Big Middle East Tournament baby!!!!”

Under. Let’s not be ridiculous. You’d think Indiana Jones’s sidekick would’ve picked up some fisticuff tips along the way. Still five bucks more than I’d pay to watch Bernard Hopkins ever fight again.

Over/under 3 and a half hours the Native Americans who sold Manhattan for $24 spent laughing at Al Davis in heaven after learning the details of how much the Raiders gave up for Carson Palmer.

What an embarrassment! Seriously — at this point Todd Marinovich would’ve been a wiser/more economical choice.

Over/under 12.5 times George Wendt (Norm) tied one on in the Red Sox clubhouse with the players during Boston’s September swoon

I’m going over. That collapse is otherwise inexplicable. We joke about the Sox clubhouse debauchery but now we have a better understanding of why Sam Mayday Malone’s career was cut short.

Over/under 15.5 tiny footprints on the back of the neck of the poor unsuspecting bastard who had the displeasure of sitting in front of my 3-year-old son during Tuesday night’s L.A. Kings home opener.

Gotta be over. I stopped counting at 15.5. Question — has a father ever been arrested for getting caught aggressively spanking his own son on the Kiss Cam? I’ll keep you posted.

Filed Under: Cousin Sal On Gambling