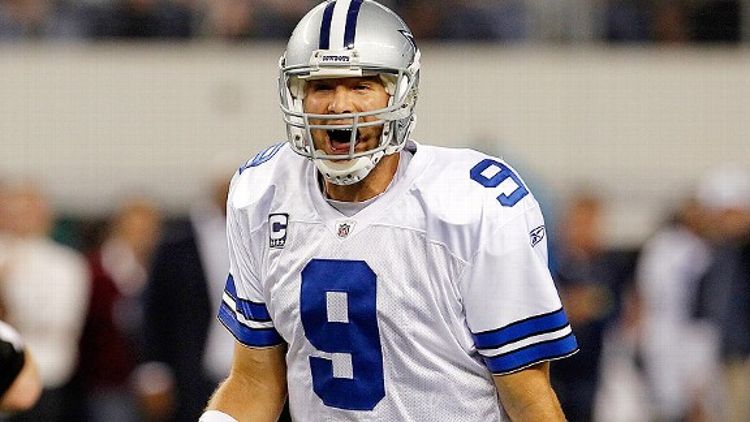 Strong showing for me last week. I netted 12,500 jermajesties.* The Broncos’ winning by 1-3 points and Eli’s leading the league in passing yards were a couple of the many winning plays I offered up in Week 14. (Although, as a die-hard Cowboys fan who witnessed another crushing loss live, I would’ve killed to see him have 10 fewer yards.)

I’m still at a wretched 149,750 jermajesties in the red overall. Let’s just say I’m not going to Jared anytime soon. My old lady has Norv Turner’s ineptitude to thank for that. In fact, I’ll go as far as to say that jackass single-handedly killed the jewelry industry this holiday season.

Moving on … let’s try to stuff some stockings with the very best of my Week 15 proposition wagers:

Green Bay Packers over 30 points vs. Kansas City Chiefs (-110)
Some have suggested that if the Packers clinch home-field advantage throughout the playoffs with a win this week, they might sit starters during the final two games. If that happens, it means this could be the last time the Packers try for a while. I repeat — this could be the last time possibly the best offense we have ever seen tries. Load up on the over. 30,000 jermajesties

Patriots to score first (-160) vs. Broncos
WARNING: This is exactly as easy as it looks. Especially since the Tebow Time rules provided by God prohibit the Broncos from scoring until seven-eighths through the fourth quarter. 75,000 jermajesties

Blaine Gabbert over 1.5 total touchdowns plus interceptions Thursday night vs. the Atlanta Falcons over (-240)
Please excuse any typos from this point on. A few of the buttons on my laptop are stuck due to excessive salivation that occurred as a result of staring at this proposition. Blaine Gabbert is so inconsistent, he’ll probably figure out how to win this bet on one play. 60,000 jermajesties

Jarett Dillard under 36.5 receiving yards for the Jacksonville Jaguars on Thursday night vs. the Atlanta Falcons
Ummm … who? 10,000 jermajesties

Tony Romo WILL NOT throw an interception vs. the Bucs (+120)
If I keep saying those words over and over again, maybe it will come true. Actually, my boy is on a roll. This should be a winner so long as hamstrung receivers don’t lose passes in the lights and neither coach tries to ice the final kneel-down. 20,000 jermajesties

Over/under .5 plays from scrimmage before a penalty flag is dropped in this week’s Detroit Lions-Oakland Raiders game
I’ll take the under. Don’t be surprised to see either of the team captains pull a Glock 17 during the coin toss. This one’s going to make the Xavier/Cincinnati hoops fiasco look like the Gosselin kids playing a game of duck, duck, goose.

Tim Tebow’s QB rating in the first three quarters vs. the temperature in Denver at kickoff
My money is on the weather. I’m so confident, I’ll even go with the Celsius reading.

Over/under 3.5 weeks before the league forces Steelers linebacker James Harrison to wear this on his head during NFL games
I actually think Roger Goodell should have some fun with this by implementing a “strip football” punishment policy. The more you tackle using your head, the less equipment you get to wear. By my math, Harrison would be on pace to play the Super Bowl wearing only a protective cup and one cleat.

Over/under 3,507.5 fans who contemplate driving into the La Brea Tar Pits after waking up and realizing they purchased season tickets to see the L.A. CLIPPERS PLAY.
As far as I can tell, the Clippers will not refund those tickets when Chris Paul unfortunately and ironically blows out his ACL during Monday’s preseason game against the Lakers.

Over/under 22.5 f-ing minutes I spent staring at the f-ing Christmas tree I ended up f-ing purchasing after determining it looked completely f-ing straight only to realize when I got home that it was about 30 f-ing degrees off-center when I tried to f-ing stand it up.
Over. And I’m not even providing a picture. It’s way too sad.

Incidentally, that last kid gets a Jimmy Kimmel Live! greenroom pass for life.