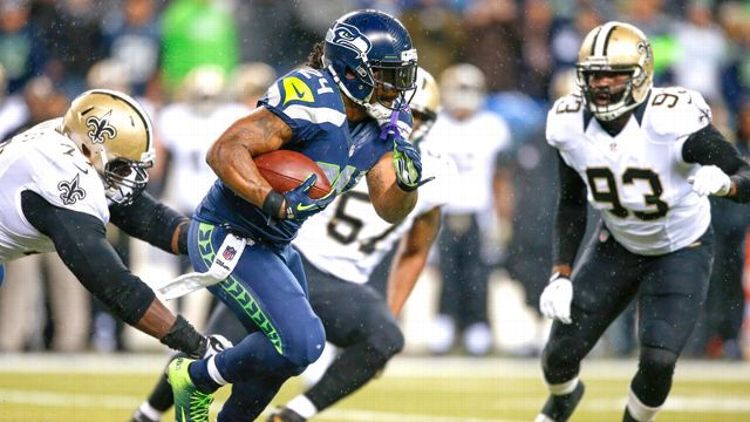 The divisional round of the NFL playoffs is easily my favorite football betting weekend of the year. It’s odd that I would hold it in such high regard since I don’t think I’ve made a profit betting on it since back when wide receivers were permitted to get tackled in bounds. But I am a glutton for punishment. A glutton in general. Anyone who was lucky to witness “House Eats 3” can attest to that.

I’m traditionally a terrible gambler this week, and yet I choose to go big. I have some Gary Busey–esque bizarre theories that I’m dying to employ, even though I know using them will result in catastrophe. It’s like when Honey Boo Boo’s mom loads up on insulin shots; she knows things could be different if she changed her life, but she continues her ways. That’s what I’m about … I am Honey Boo Boo’s mom. I really am. Sorry to break it to you this way.

Things to keep in mind this weekend

1. The no. 1 one seeds are far from a lock this week. After watching 18 weeks of football, it would seem safe to parlay Denver and Seattle to advance and get 67 cents on the dollar, but history says this is not a smart play. The 6 seeds are 6-2 against the 1 seeds in their last eight meetings.

2. Home teams and favorites don’t run the table this week. It’s been 10 years since all four favorites have won outright in the divisional round. I’ve considered betting the underdog to win in every game, and doubling up through the weekend until it comes in. If you did that, and set out to win 100 jermajesties, it would cost you 600 if all four went belly-up.

3. Vegas needs the home teams to win. Henderson, too. As of this ungodly hour on a Friday morning, the public is convinced the road teams are going to cash in. One popular sportsbook is looking at these numbers:

And after the brutal middling Vegas took on the Chiefs-Colts game last week, it’s hard to imagine that Sin City will experience a repeat collapse. Do you think Siegfried and Roy have their genitals bedazzled with diamonds and lobster because people win two weeks in a row in Vegas? No. These NFL games are riddled with traps.

So now’s the part where I disregard all my sound advice and fire away at some losing props. There’s a jermajesty shortage in my home and I have to do something.

This is one of those off-the-wall divisional playoff round theories I was telling you about. The home teams who had byes last week are typically rusty from not having played yet in 2014, and they often get off to slow starts. How often, you ask? I don’t know. I’m too lazy to look into it. I do know the road team was 3-1, against the spread, in the first quarter of divisional-round games, last season. San Francisco traveling across time zones to play the early game Sunday scares me a little, but in general, it’s a nice, safe trend. 20,000 jermajesties each

I smell a shootout in Foxborough. Or maybe that’s just Patriots owner Robert Kraft’s 23-year-old girlfriend rubbing Bengay on his belly. Hard to tell. Oddly enough, this season New England’s defense has yielded 2+ TD passes to five of the last six quarterbacks they’ve faced at home. Andrew “The Giant” Luck is going to have to deliver the big boot to the face of the Pats secondary, multiple times, to keep pace. 40,000 jermajesties

I could have sworn Richardson had officially retired from football before Thanksgiving, which would’ve made the prospect of him carrying the ball under 5.5 times this Saturday a mortal lock. But then I read something that said he was still playing for the Colts. Go figure. It’s baffling to me that a healthy player, traded just a couple months ago for a first-round pick, couldn’t fetch a round of drinks at Nicky Blaine’s in downtown Indianapolis. Coach Pagano pulled off a miracle win, handing off to Richardson just once last week vs. the Chiefs. Expect a similar plan this week. As for Trent Richardson: If it’s broke, don’t even bother fixing it. 30,000 jermajesties

This certainly seems like a contrarian wager after the 49ers signal caller scampered for 98 yards against the Packers last week. I can still hear Chris “Boomer” Berman praising Kaepernick, repeatedly referring to his long strides. It started to sound a little like NFL Countdown: 50 Shades of Grey Edition. Well, it’s time to come back down to earth. Panthers defensive coordinator Sean McDermott does a nice job mixing up looks. Earlier this year, in the Panthers’ first matchup vs. the 49ers, McDermott dropped defensive end Greg Hardy into coverage while creating enough confusion with nine controlled blitzes, which yielded six sacks and only 16 yards rushing for Kaepaernick. Oh, also: Luke Kuechly! Luke Kuechly! Luke Kuechly! 50,000 jermajesties

Is it me or is the greatest offensive unit of all time being disrespected by Vegas a little? The Broncos put up 606 points this year. 606 points! You realize they haven’t expanded the season to 20 games yet, right? That was all done in 16 weeks. Works out to an average of 38 ppg, and 39.5 ppg at home. And worse for the Chargers (and better for this bet), Peyton Manning feels like he needs to get the proverbial monkey off his back. As far as the TD prop goes, Manning threw for seven TDs against Baltimore, five vs. Kansas City (not exactly slouch defenses), and had seven games with four TD passes. This is very doable. The angry old legend man with the bionic neck smells blood. Gamblers don’t get this opportunity often. Don’t blow it. 70,000 jermajesties on the over 32.5 points, and 20,000 jermajesties on Peyton 5+ TD tosses

Three-team teaser I would love if, years ago, I hadn’t sworn off three-team teasers because they are evil, money-sucking, turd wagers that never, ever win and make little sense otherwise, since you can go three out of four on three teasers and still lose vig money, which is absolutely insane when you think about it.

(Three teams with 10 points subtracted from each favorite spread, added to each underdog spread, and all must win to cash in; ties lose.)

Warning: This is the last three-team NFL teaser you can make with separate games all year. Let’s go out with a bang. For many of the same dumb reasons above, I like …

Over/under 396.5 F-bombs uttered by Tommy Lasorda after hearing that his godson, the greatest slugging catcher of all time, Mike Piazza, was once again denied entry into Baseball’s Hall of Fame.

Over/under 16.5 days before Dennis Rodman gets his piercings ripped from his ridiculous face by a South Korean mixed martial artist

Please let me know if there’s anything I can do to speed up this process.

5/2 odds the Washington Redskins put a clause, in very fine print, in the employment contract forcing Jay Gruden to call in his brother if he ever falls under .500

I know how this works. I get offers all the time for paid appearances. Then at the end of the conversation, the organizer of the event will throw in “Hey, and if your Cousin Jimmy could come with you that would be great.” At that point I inform them that Jimmy is too busy and not interested in this kind of thing. And then at THAT point the event organizer decides he has to talk to his boss about the arrangement and will call me back and never does.

Same thing is happening here. Pretty sure Jon is the Gruden the Redskins wanted — not the one who just led the Bengals offense to one of its more disgraceful performances in recent memory.

North Carolina native Ric Flair is receiving death threats from Panthers fans for giving the 49ers a pregame pep talk, which may or may not have inspired them to beat the Packers. Relax, maniacs. Don’t you know pregame pep talks are all scripted? Something tells me the guy who was regularly force-fed barbed wire by Dusty Rhodes isn’t too worried. Whoooooooo!!

It’s an unfortunate match, @dturo, the inability to refrain from breeding with the further inability to be on the right side of an NFL proposition. My poor spawn are doomed.

@TheCousinSal glad to find you here! :-)

Wait a minute … THE Mr. Belding of Saved by the Bell fame follows me on Twitter?! And the guy who plays Screech still doesn’t?! Just like that, all is good in the world. I feel like a million jermajesties again!

37,000,/1 odds after seeing my recent comedy bit on Jimmy Kimmel Live that the International Olympic Committee includes pelting obnoxious sunbathers with snowballs in their Winter Games

I don’t get it. Why doesn’t the hot brunette have the instincts to chase after and tackle me the way that overly aggressive roid-ragey frat boy did?

This is my life. At the very least, Mr. Belding is following me on Twitter.

I’ll always have that.

That’s that. Enjoy the divisional playoffs.