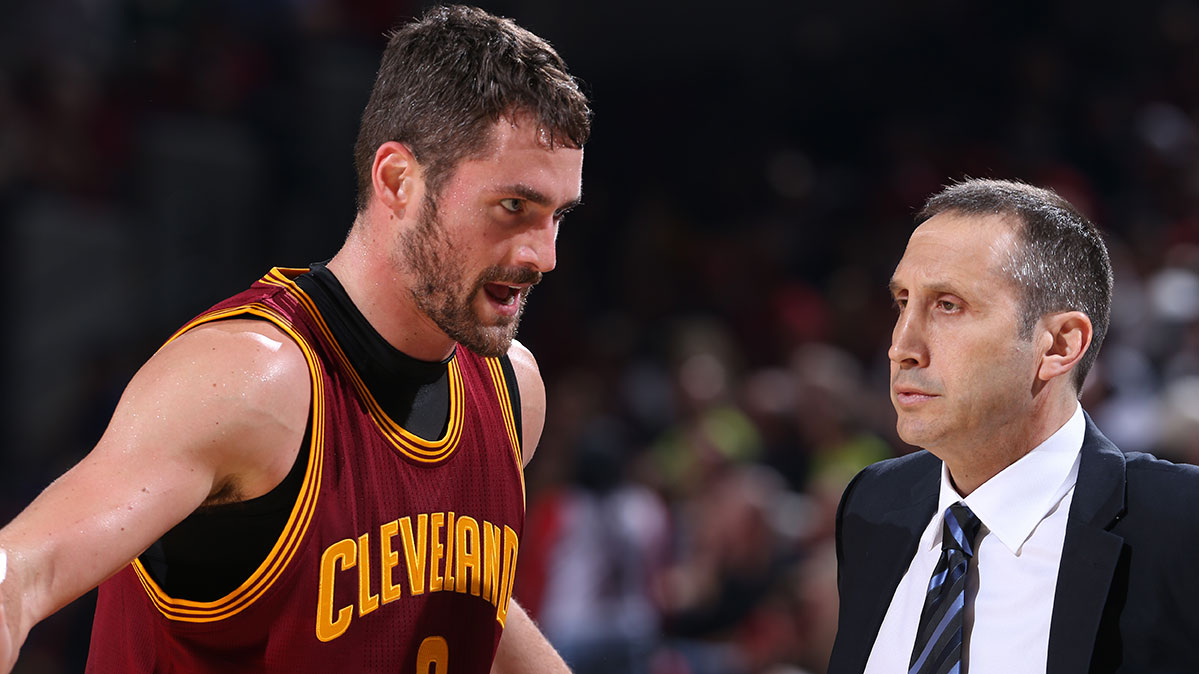 The new-look Cleveland Cavaliers are off to a slow start. Sure, it’s early, and the team is destined to improve. But the Cavs aren’t good right now — especially on defense. With a new coach, a new system, and an overhauled roster, it’s only fair to expect some growing pains. These problems, though, might have more to do with the kind of players Cleveland has, rather than how they’re playing.

Amid all the preseason hullabaloo about Cleveland’s new supergroup, many observers expressed concern about the team’s ability to defend the interior. One of these observers was the Cavaliers’ own general manager.

#Cavs GM David Griffin to Fox Sports Radio: “I have concerns (on) ability to protect the rim, and that’s not just a Kevin (Love) question."

Through 10 games, David Griffin’s concerns look valid. His team can’t protect the basket. And while this isn’t just a “Kevin Love question,” his struggles to defend down low are certainly part of the issue. Cleveland ranks 26th in defensive efficiency and gives up a whopping 108 points per 100 possessions. They’ve been an absolute sieve in the paint, ranking 28th in the league with opponents converting 61 percent of attempts inside of eight feet. Simply put, if this doesn’t improve, the Cavaliers won’t win the championship. 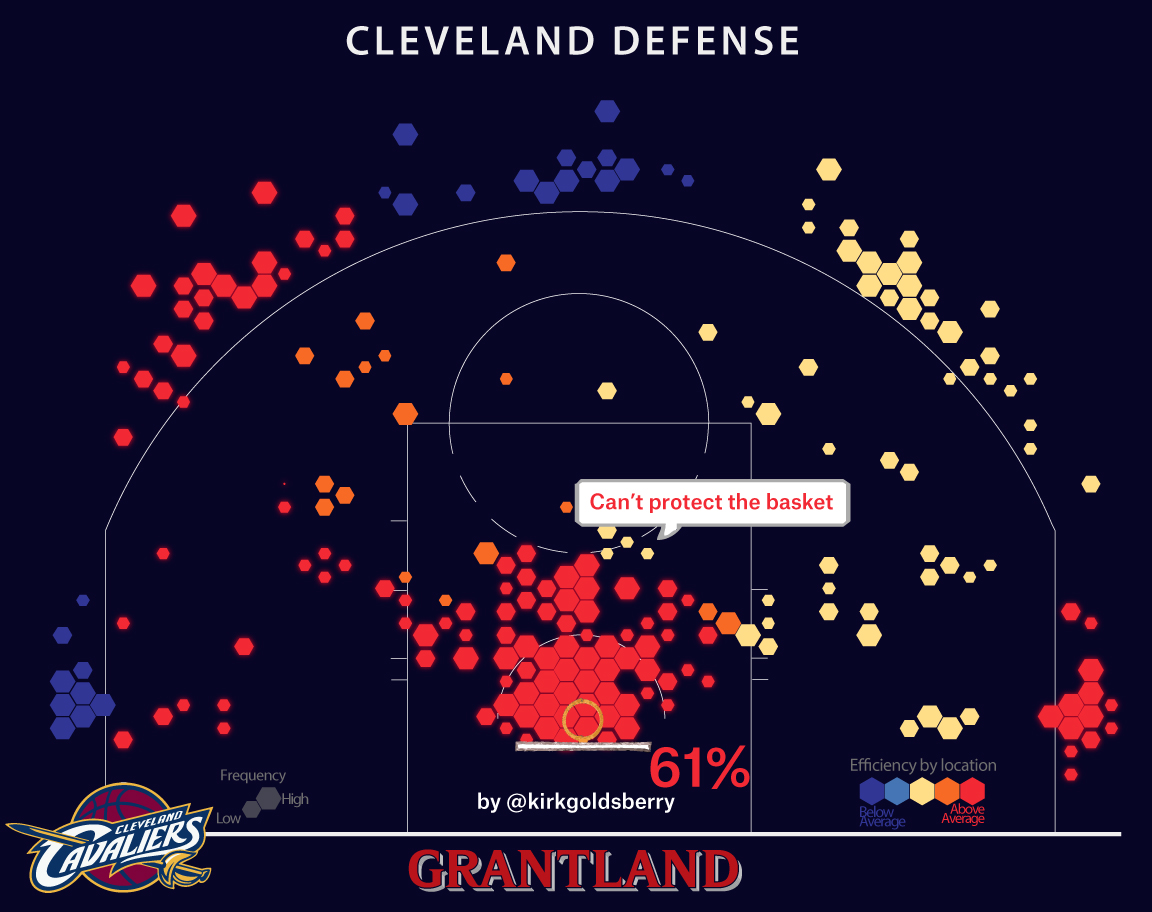 Whether by design or by default, the Cavs now depend on Love’s interior defense — and thus far, their man in the paint has really struggled. This season, 51 NBA players have faced more than six shots per game near the basket. On that list, Love ranks 49th in opponents’ field percentage. Opponents are making 63.6 percent of their shots inside of five feet when Love is nearby.

But here’s the thing — this isn’t new. Love was among the least effective volume rim protectors in the league last year, too. Like it or not, he is who we thought he was, and any team leaning on Love to help protect the paint will be exposed. The good news is that of the team’s three primary rim protectors, the other two are pretty good. The bad news: Neither of those guys play nearly as much as Love. Through 10 games:

Love’s superstar status has never had anything to do with his defense, which may say more about what it takes to be a superstar than it does about his overall game. Regardless, the guy has been one of the league’s most brilliant offensive players for years, and that brilliance generally negates his defensive struggles. Unfortunately, so far this season, Love hasn’t found his groove offensively, which only heightens those defensive concerns.

Before the season, I wrote about Love’s evolution as a scorer and how he might fit in Cleveland. In short, I predicted he would post up more and shoot fewer 3s. That hasn’t happened. In fact, Love is shooting more 3s, as 43 percent of his attempts have come from beyond the arc. He’s attempted more 3s than guys like Kyrie Irving, J.J. Redick, Kevin Martin, and Arron Afflalo. It was one thing for Love to be a hyperactive 3-point launcher in Minnesota last season — that team had very few perimeter options. But Cleveland is loaded with great shooters, so it’s hard to justify Love’s early perimeter usage, especially considering his greatness inside the arc.

Eighteen players have posted up at least 50 times this year, per Synergy Sports, but none have been as effective as Love. The Cavs are scoring 1.11 points on those possessions, making all of those 3s even more infuriating.

However, even with Love’s long-range bombing, there’s little doubt the Cavaliers will be a tremendous offensive team this year. The true challenge is fixing the defense, especially the rim protection. If Nazareth has taught us anything about hoops, it’s that “Love hurts / Love scars / Love wounds / And mars” … your interior defense.