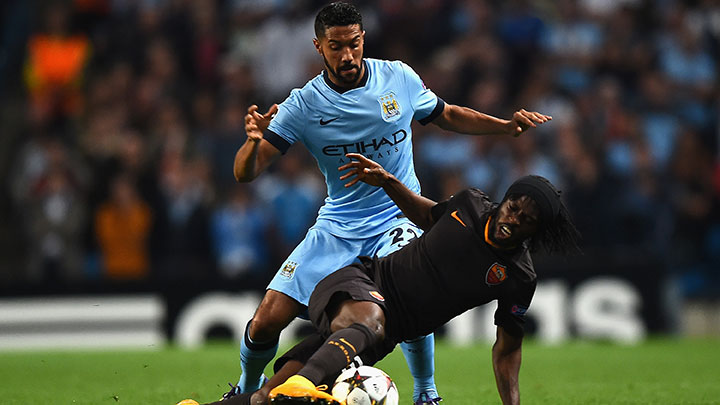 The boring truth about the Champions League group stages is that the big teams pretty much always move through. It’s briefly exciting when Champions League play starts up every September, but games don’t really get that tense until the knockout stages. Cinderellas from smaller leagues get a nice fat check, six group-stage games against Europe’s elite, and a patronizing pat on the head as they head back to Switzerland, Greece, or Slovenia. Well, usually, anyway. This year, the final day of the group stages offers something different: the chance for a whole bunch of minnows to overcome big-four1 giants and give the knockout rounds some geographic diversity that’s been missing the last few seasons.

Over the last four years, you can count on one hand the number of times a big-four team has been eliminated from a group at the expense of a team from a smaller league. Last year it was Juventus, thanks to a hailstorm in Turkey. The year before it was Chelsea, who finished behind a very strong Shakhtar Donetsk squad and then went on to win the Europa League. In 2011-12, Manchester United managed to finish behind both Benfica and Basel, while Borussia Dortmund finished last in their group. And in 2010-11, every single big-four team that could advance did.

You have to go back to 2009-10 to find upset carnage equal to the potential we have tomorrow. That year, four big-four teams failed to advance. However, both Juventus and Liverpool were eliminated by finishing behind teams from France’s Ligue 1, which was much stronger than it is now (although clearly none of those French teams had the financial firepower that PSG currently do). That season, in fact, is the only year since 2003-04 (when the current Champions League format was introduced) that more than two big-four teams were eliminated by outsiders.

As we stand now, though, Athletic Bilbao — with FC Porto and Shakhtar Donetsk locked in ahead of them — are already eliminated despite being the only team from a major league in its group. Five more big-four teams are in at least some jeopardy of going home. Here’s a brief look — from the least likely to mostly likely upset — at what’s at stake over the next two days. 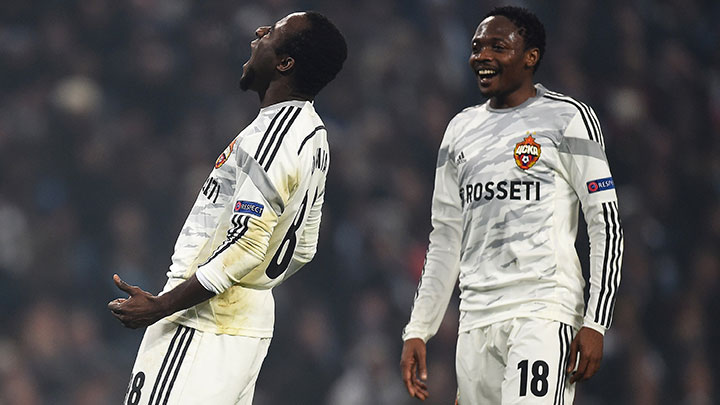 In the group of death, CSKA Moscow amazingly still has a chance of advancing. Granted, that involves getting some sort of result at the Allianz Arena against Bayern Munich, which puts it firmly in the Lloyd Christmas “so you’re saying there’s a chance” category, but, well, I’m saying there’s a chance. CSKA need to win and for Manchester City to beat Roma in order to advance. If CSKA draw with Munich, and Roma and City draw, then it goes to a three-way tiebreak that will almost certainly leave Roma moving through, thanks to their 5-1 drubbing of CSKA on opening day.2 The most likely outcome is that the winner of Roma-City goes through, but CSKA, in theory, could eliminate two top teams all by themselves.

Schalke currently sit two points behind Sporting Lisbon for second place in the group, while Chelsea is comfortably through. The path is clear for Schalke: Beat Maribor and have Chelsea beat Sporting Lisbon at Stamford Bridge, and they’re in. That would have seemed like a slam dunk a week and a half ago, but with Chelsea suddenly looking mortal — and facing a game that means absolutely nothing to them ahead of a crowded domestic fixture list — it would be perfectly reasonable for José Mourinho to decide to rest his squad and play a heavily rotated group. That doesn’t mean they won’t win, but it’s enough to make it a lot trickier for the German club. Add to that little Slovenian Maribor, who have been decidedly tough at home, where they’ve drawn both of their Champions League matches, and you have all the ingredients needed for Schalke to come up short. 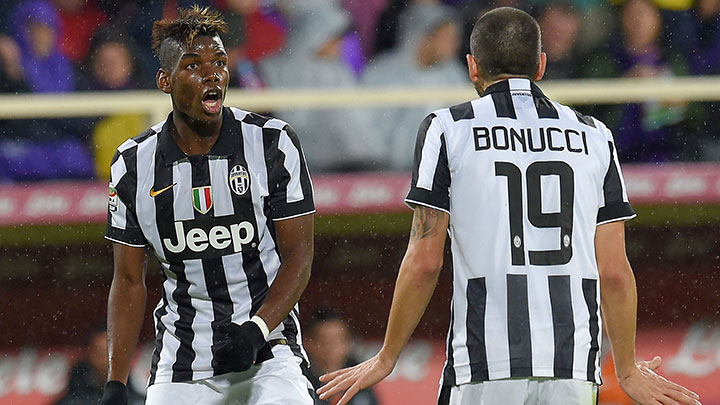 Juventus are quietly at serious risk of being kicked out of the Champions League by a relative minnow for the second year in a row. While they’re three points ahead of Olympiacos with one match to play, the Greek club owns the tiebreaker, thanks to a head-to-head away goals advantage. So if Olympiacos beat Malmo at home, and Juventus fail to get a point against Atlético Madrid, the Italian giants are once again on the outside of the final 16 looking in. Yes, Juventus are playing at home and need only a draw, but Atlético Madrid are still fearsome, and the Italians don’t exactly have a strong record in Europe to fall back on. There’s a very real possibility that neither Juventus nor Roma will move out of the group stages, a result that will further diminish their UEFA coefficient and come close to ending Serie A’s de facto position as one of Europe’s top four leagues. It’s really not a good time for Italian soccer.

This should be easy for Liverpool, right? Just beat Basel at Anfield and move on through. That’s until you remember that Liverpool have already not beaten Aston Villa, Everton, Hull City, Chelsea, or Sunderland at Anfield. It also took one of the most bizarre last-minute sequences in recent memory for Liverpool to outlast the mighty Ludogorets Razgrad at home for their only Champions League win in five attempts. It seems incredibly unlikely that Liverpool will waltz to a comfortable victory — especially given that Basel have way more recent experience in these situations. The Swiss side has been in the Champions League four of the last five years and advanced out of the group stages in the 2011-12 season. To do it, they beat and knocked out Manchester United on the final day of group play. Then again, Liverpool found themselves in a similar situation almost exactly 10 years ago — and this happened:

Even if none of these upsets come to pass, the current standings make the final week of group-stage games unusually compelling. In a competition that all too often sees the best teams coast through until the round of 16, you can’t really ask for much more than that.