Cary Williams vs. the World 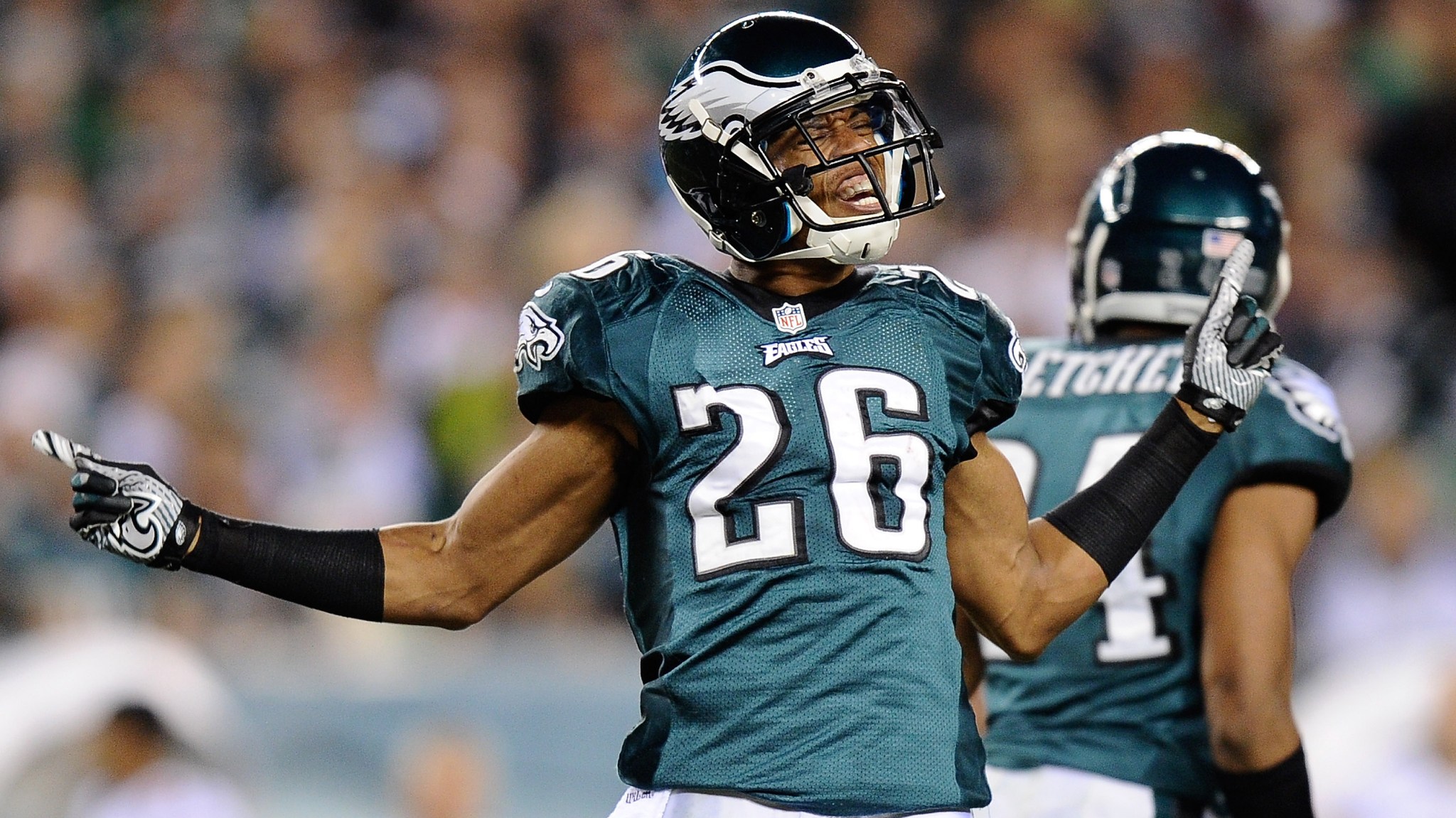 You may have heard about this earlier in the week, but Eagles cornerback Cary Williams thinks the team is practicing too much. He said as much after the Eagles survived the Redskins to go 3-0: “It’s just tough, man. We have to start taking care of our guys, taking care of our players, doing the right thing from there. I didn’t practice every week; there’s a reason for that. A lot of guys had no legs. A lot of guys were in a dogfight before the game even started. We have to take care of our guys during the week to make sure we’re fresh come Sundays.”

For anyone who’s followed Williams’s career, this is wonderful. It’s the next chapter in a book that hopefully goes on forever. The most important thing to know about Cary Williams is that Cary Williams is always starting shit with someone, and that’s what makes Cary Williams so much fun. So today we decided to document some of his greatest hits. Consider it a sequel to last year’s tribute to Steve Smith. Let’s take a look at some of the battles we’ve seen over the years.

Unfortunately, there’s no video of his fight with DeSean Jackson from two years ago. That’s back when he was on the Ravens and Jackson was on the Eagles. All we have are this photo and this quote: “He threw the first punch. I got to learn to keep my head. I can’t let my emotions get the best of me. I think we both needed to do that. We knew it was a big game, it was a lot at stake. I can’t allow my emotions to control me and allow me to make irrational decisions.”

You might remember that a 2012 Ravens-Cowboys game was decided on a Dez Bryant dropped TD that was pretty clearly pass interference. Bryant pointed this out postgame. Enter Williams: “He needs to step up and be a man. You can’t be a baby about stuff. You’ve got to man up. It’s one on one. Mano-a-mano. I got you. Sometimes you’re going to win. Sometimes you’re going to lose. … If it was me I’d say, you know what, he made the play and I didn’t. Bottom line. Don’t complain and look for a flag, man.”

Cary Williams vs. the 49ers in the Super Bowl 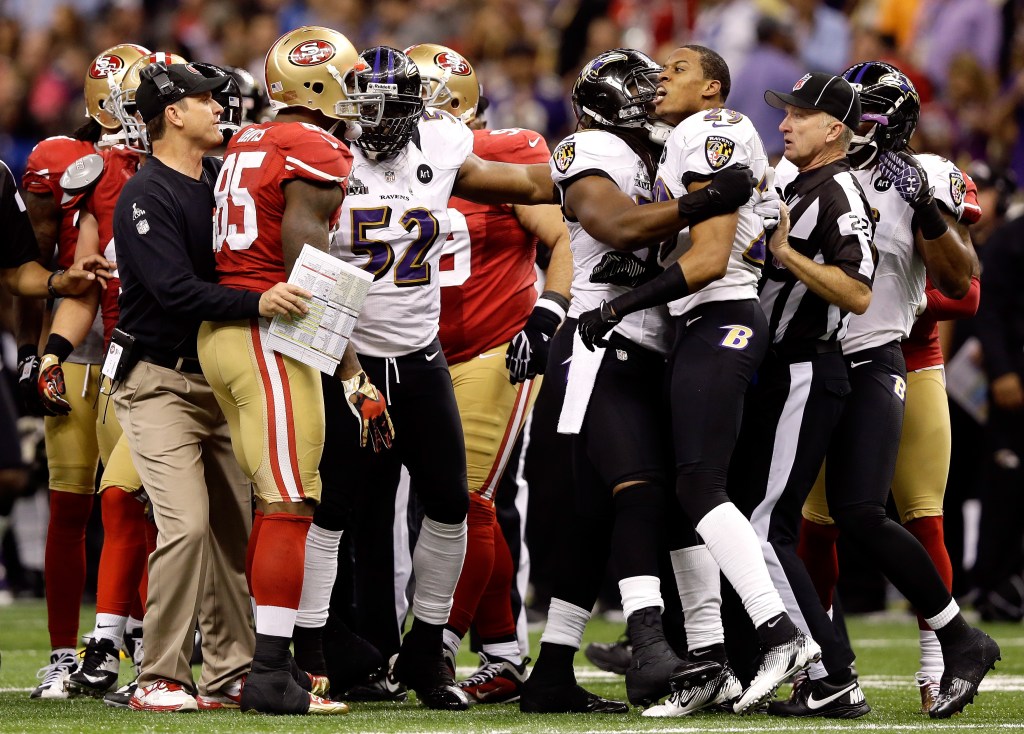 There was a fight in the middle of Super Bowl XLVII, and you’re damn right Cary Williams was right in the middle of it. From USA Today: “The offensive line trying to be tough. Be tough between the whistles man. Don’t pull that crap after the damn whistle, man. I mean, I just felt like those guys were a little dirty. The refs should have thrown flags on them early … in the game to stop that junk. Sometimes you’ve got to retaliate, sometimes you have to show people we aren’t going to be pushed around. We do this. That’s been part of the Ravens defense for years, to show toughness, but we do it between the whistles.”

Cary Williams vs. This Ref

Somewhere in the middle of this fight, he wound up shoving the ref who was trying to break it up. “I didn’t see who the heck I pushed. Those guys kicked my helmet off, took my helmet off, man, it’s just a part of the process. Whatever. It’s a reaction. You see teammates out there getting hit late, guys pulling guys after the whistle. My helmet came off, I couldn’t barely see, and I just reacted. It is what it is.” 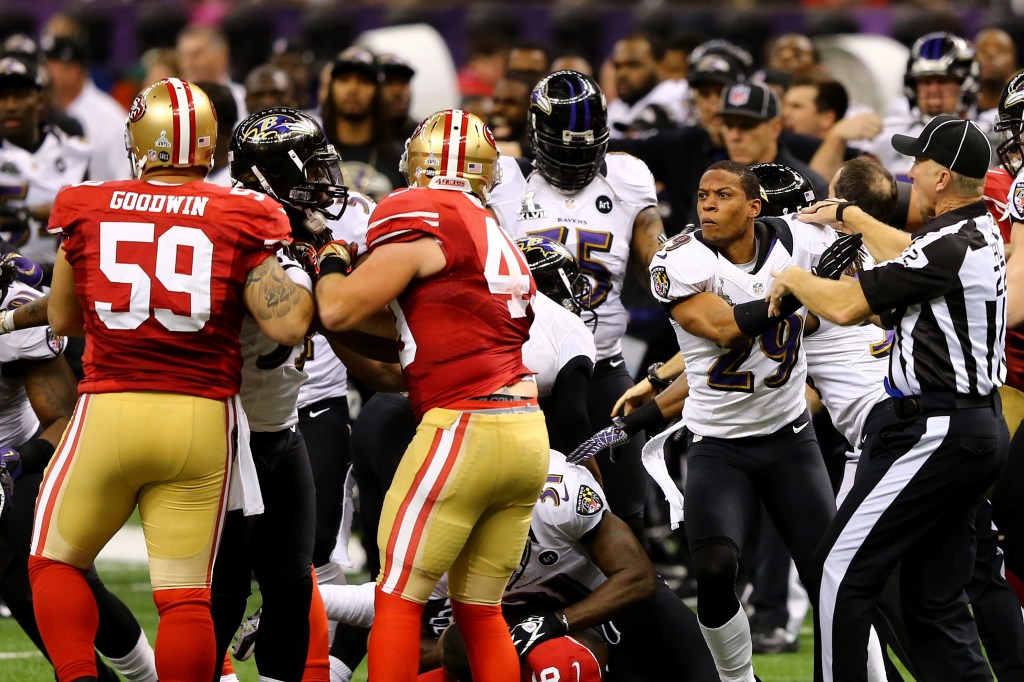 Somehow he wasn’t ejected for this or even flagged. He stayed in the game and won a Super Bowl. Between the whistles, man.

This quote from Williams’s introductory 2013 press conference in Philadelphia was billed as a shot at Nnamdi Asomugha, but it’s actually pretty complimentary. Still, you have to applaud any player who signs with a team and immediately compares himself to the biggest free-agent disaster in that team’s recent history.

You also have to respect any player who signs with a new team and then promptly announces he’s not working out all offseason.

I wasn’t sure whether I liked or hated Williams until I read him taking his stand here:

If I was a guy that had three kids with three different women and I was a womanizer, you’d be reporting that. Now I’m a guy that wants to go see his girl’s recital and I’m a bad guy. Like, come on, man.

His stated reasons for missing the workouts: dental work, his wedding, attending his daughter’s dance recital, and, finally, checking on the construction of his new house. “I don’t want to sound like it’s disrespect,” Williams said. “I just had to make sure my sconces, my wood was picked out, my fireplace … it was a whole bunch of stuff that was going on.”

Cary Williams vs. the Patriots and the Eagles

He also sorta takes shots at his new defense while he’s at it:

At the end of the day, I still got to do things the way coach wants me to do it, and I understand that. But it definitely would have been a different situation if it was in Baltimore. It wouldn’t have been a fun practice for the Patriots, I can tell you that …

I feel like we got to establish a tenacity, a tough-nosed defense, a hard-nosed defense, something that’s to be feared when it comes out to each and every week. Brian Dawkins alluded to it a couple of times when I spoke to him. He was talking about bring that fear back here. Right now, I don’t know if there’s anybody out there that fears this defense, especially after last week. So I think we have to come together, find a way to get back to those old days when Brian Dawkins was here. Strike the fear in individuals or teams.

Chip Kelly’s response: “I mean, we could go get in a street fight, that’s not going to help us.” But it might.

According to USA Today, Williams said several times, “I’m not a (racial slur) you (expletive) with.” This was actually a big deal at the time last September, because things were still pretty tense with the Eagles after Cooper’s racist babbling at a Kenny Chesney concert. Afterward, everyone worked things out, and the best quote came from Jackson: “He’s just one of those guys where he’s just a nagging person sometimes.”

Cary Williams vs. the Cardinals

Bruce Arians complains about the refs last December and he gets the Dez Bryant treatment: “Let’s not be crybabies, man. … It’s football, man. It’s about going out there and executing. If they came in here with a different attitude, maybe not so nonchalant, thinking it was going to be a cakewalk … Play the game, dude. … Don’t blame it on the refs, blame it on your preparation that week. I’ve never been a fan of coaches sending stuff into the refs unless it was blatant. To me I didn’t think there was anything blatant out on the field. … We’re all grown men. You lost, man.” 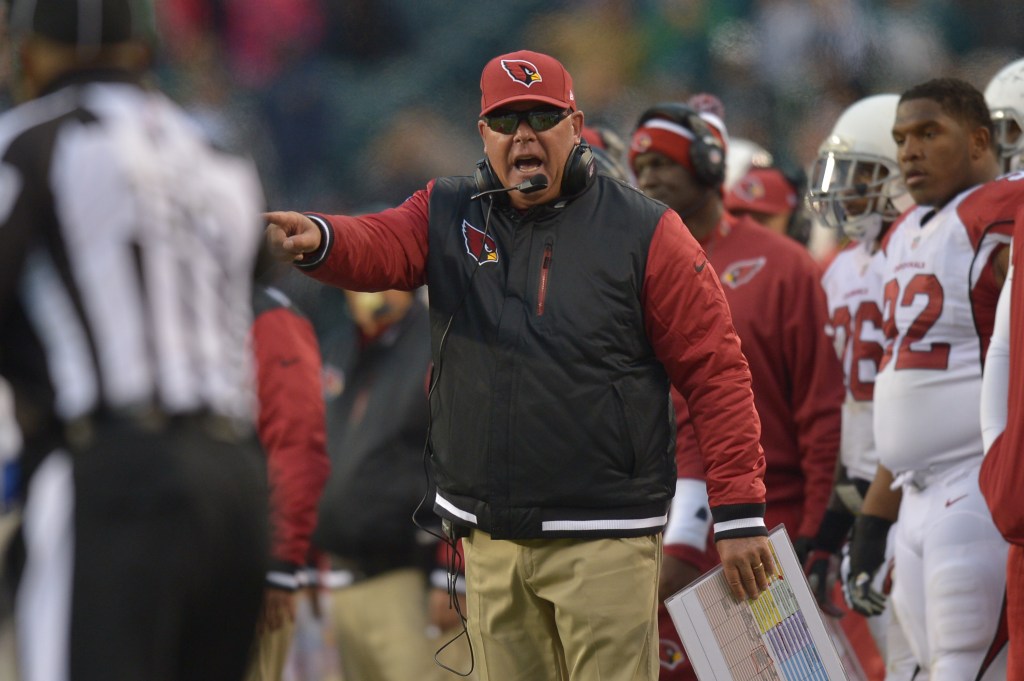 Cary Williams vs. the Best Corners in Football

Cary Williams vs. the Patriots, Part 2

Williams has had it with these goddamn preseason practices with the Patriots. “They are cheaters,” he said. “They are. … So to me it’s not benefiting us because they’ve already proven who they are [from Spygate], that’s their history. And I don’t like them, not only because of that, but because I just don’t like them. I played them three of four times in a row [in the playoffs].”

And: “I give them all the credit in the world, but one fact remains: They haven’t won a Super Bowl since they got caught.”

And: “There’s certain things in practice [last year] that I didn’t agree with, so I know it’s going to be the same thing this year. To me, I didn’t see how we benefited from that practice at all. And maybe it’s because I do not like the Patriots.”

He later worked things out with Bill Belichick once this turned into a big thing, but that’s cool. What’s important is that Williams needed a peace summit with Belichick to settle his Patriots grievances.

Back to this week:

I’m saying [practicing every day] impacted a lot of people. A lot of people, but I’m just the only one man enough to get up here and say anything about it, talk to y’all as a man and discuss an issue that, obviously, in my opinion, is an issue in our starts [to games]. But again, I’m just employee 26, and whatever they deem necessary to get us ready for Sunday is whatever it is. If we have to find energy from outside sources to start games quick, then we’ve got to do it. But right now, the way we’re doing it, it’s not conducive to success.

He apologized Wednesday for taking it to the media, but other anonymous teammates agreed with him. And this is the best part of Williams’s public speaking career: He says things that are mostly true, and goes after deserving targets (offseason workouts, the Patriots, the 49ers, Riley Cooper). But then he’s also just ridiculous enough that you never have to take him too seriously. It doesn’t have to turn into some huge controversy.

But, you know, even Williams has to understand there are limits to who you can mess with in this world.

Money Talks: Why Phoenix Had to Sign Eric Bledsoe