Breaking the Pyramid: How Pep Guardiola Created a Postmodern Monster at Bayern Munich 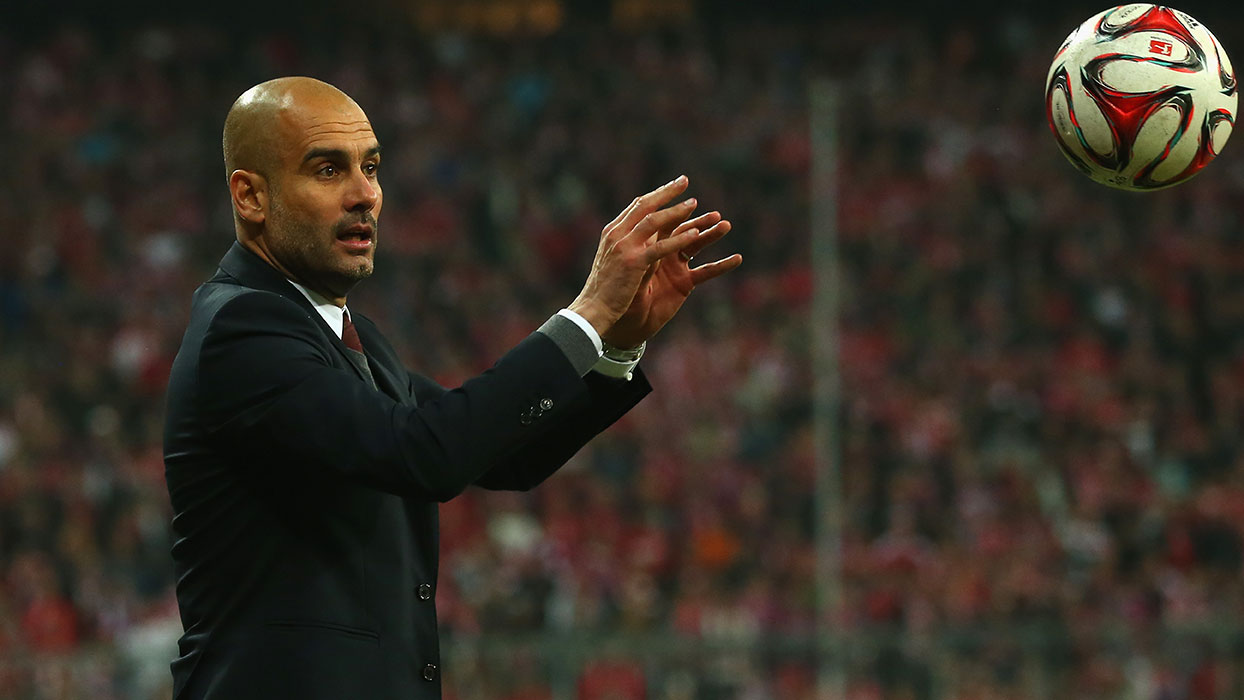 Trying to discuss Pep Guardiola’s tactics is a bit like discovering that the language you’ve spoken your entire life doesn’t really exist. There are words, like full-back or midfielder, that suddenly come to mean completely different things from what they used to. The grammar and syntax of positions and formations that have always worked a certain way (albeit with all the exceptions and caveats of a normal language) suddenly don’t. Pep Guardiola’s teams are just fundamentally different. When it comes to those two words, midfielder and full-back, to quote Inigo Montoya: “I do not think it means what you think it means.”

Guardiola’s approach to midfielders has always seemed a bit Pokémon-esque. At Barcelona, he had the world-beating midfield of Xavi, Iniesta, and Busquets, but that was really only the beginning. Why not buy Javier Mascherano, one of the world’s best defensive midfielders, and play him at center back? Can we bring Cesc Fàbregas home and play him as a center forward? Might I go so far as to suggest a 3-4-3 system with a diamond midfield so that we can get Thiago more minutes?

Speaking of Thiago, after following Pep to Bayern Munich, he now helps comprise perhaps the most talented core of injured midfielders the world has ever seen. He’s joined by Javi Martínez, Bastian Schweinsteiger, and (depending on how you look at these things) Philipp Lahm and David Alaba. Without those players, Guardiola is reduced to choosing among Mario Götze, Thomas Müller, Xabi Alonso, Sebastian Rode, and bright young prospects Pierre-Emile Hojbjerg and Gianluca Gaudino. The horror. And even still, just as at Barcelona, Guardiola has frequently pushed these midfielders into other positions. Javi Martínez spent lots of minutes at center back, while Müller and Götze have both spent time as strikers. 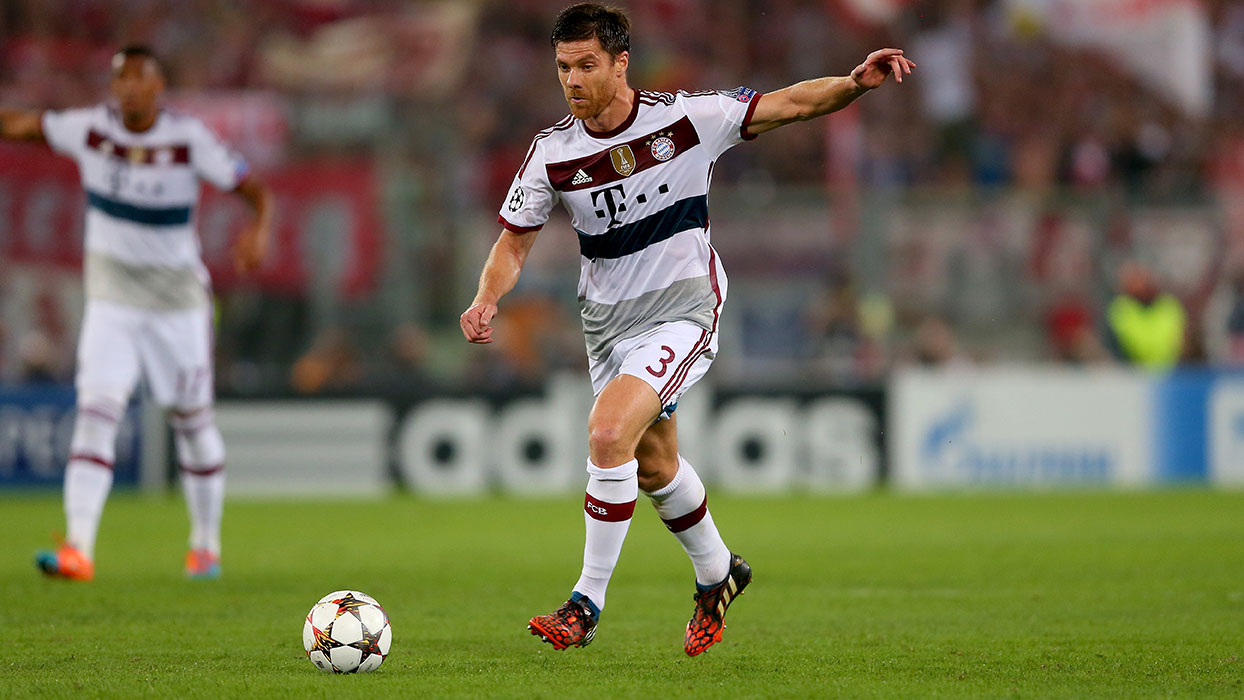 Despite that embarrassment of riches, all of those midfielders and semi-midfielders turned midfielders, it wasn’t until Alonso, a 32-year-old aging star who had run his course at Real Madrid, was brought in that things truly began to click for Bayern. Alonso’s immediate impact, despite the presence of so many other younger midfielders, is remarkable, and it highlights just how different similar-seeming skill sets can be. Alonso isn’t so much the quarterback of the team as he is the point guard. He’s not initiating the play and then letting it run its course; he’s passing and receiving while also working through multiple read-and-react situations. In that role, it’s not just the ability to make passes that matters, it’s also pass selection: knowing when to throw the backdoor lob to Arjen Robben running behind the defense, when to swing it weakside to a cutting Götze, and when to play it backward and just recycle the whole thing over again.

Guardiola simply doesn’t view the traditional skill set of a pass-happy, playmaking, ball-controlling midfielder as something that should be focused in the midfield. Rather than have a system that employs a midfielder dropping into defense, Pep would rather just have Mascherano or Javi Martínez already there. If a forward is going to drop between the lines to the attacking midfield zone to find space, why wouldn’t you want Götze or Fàbregas to be the one to do it? Rather than shifting midfielders into other zones to free them up throughout the game, Pep is more interested in starting players we define as midfielders elsewhere on the field, and then moving them into dangerous midfield areas to do their thing. Sometimes that’s having a ball-playing center back or a midfielder playing as striker. Other times it’s having a full-back play anywhere on the field but at full-back.

Pep Guardiola has no use for full-backs. This might seem odd given that he has coached some of the best full-backs in the world, but not a single one has ever been asked to play the way a non-Pep full-back would. Most modern full-backs have the double responsibilities of providing width in the final third but also not getting caught upfield by opposition attacks. Pep’s full-backs are rarely asked to do both. During peak Pep, Barcelona’s full-backs were Dani Alves and Éric Abidal. Given the way Alves has played the position in Spain, it’s easy to get confused. He’s not a full-back; he’s Barcelona’s right winger. The closest he’s ever come to playing as a traditional full-back is when he spent time playing as the right-sided center back during the 2011-12 season, when Guardiola was experimenting with a back three. Abidal, on the other hand, was basically a very skilled center back, and it was his more conservative presence that allowed Barcelona’s back line to maintain balance while their nominal right back played high up the field, functioning as one of the team’s most dominant attackers.

This has continued at Bayern, where Pep took one look at Philipp Lahm, probably the best traditional full-back in the world, and decided to make him a midfielder. Basically, Pep decided that Lahm’s immense skill set was needed centrally, despite the incredibly deep bench of other options. This is as big a condemnation of the position of full-back as you will ever see. The coach who wants players with midfielder-type skills everywhere looked at Lahm’s midfielder skill set and decided it was being wasted at full-back. 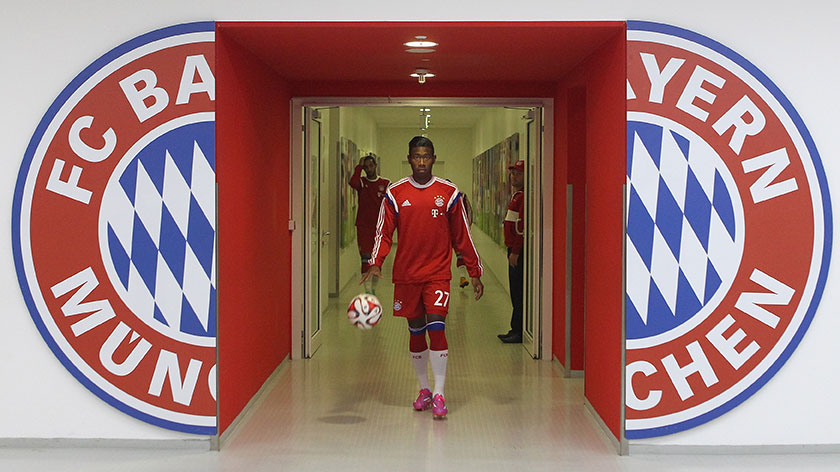 In fact, Bayern have a number of really good full-backs — or full-back-ish players. In addition to Lahm, there’s Alaba, but they also went out and signed Juan Bernat this past summer, and they still have Rafinha and Jérôme Boateng, who is at least tangentially a full-back in the same way Abidal was. And yet, when everybody is healthy, Guardiola’s preferred lineup seems to be one that doesn’t involve any full-backs at all. (Granted, the long-term injuries to Alaba and Lahm have probably put that on hold for a while anyway.) The system, in typical Pep fashion, defies traditional numerical descriptions, but it’s nominally a 3-4-3 with one of the back-three defenders aggressively stepping up into the midfield. Though, at points, it can seem like a traditional back four if one of the wide midfielders drops back, or even a back one as everybody gets forward in possession. (See what I mean?) Some of Bayern’s best results have come when three, or even four, of those traditional full-backs are on the field, just with none of them actually playing the position of full-back.

If there’s one player who’s most symbolic of Pep’s post-positional philosophy, it’s Alaba. When the Austrian is nominally deployed as the left-sided center back in a back three, he basically plays as what might be the first hybrid center back/attacking midfielder in history. It’s a fascinating experiment to watch, and in games like Bayern’s 1-0 win at Manchester City in the Champions League or their 4-0 drubbing of Hannover last month, Bayern managed to cram four full-backs on the field in Alaba, Bernat, Lahm and Rafinha, in a formation that, again, had no full-backs.

It’s tough to talk about Guardiola’s tactics without sounding like some sort of life guru who holds seminars down at the local Marriott and wants to help you find your inner truth. As Guardiola himself will tell you, he’s adhering to most of the same principles as everybody else. It’s just that the way he approaches things confounds how the rest of the world tends to talk about tactics, so trying to describe his approach can leave you sounding like a gullible new acolyte who has finally seen the light.

To put it all simply: Now that Pep has his point guard in Xabi Alonso, plus a versatile cast of midfielders and full-backs to play every position imaginable around him, Bayern are even better than they were last year. That’s a scary thought for everybody — no matter what language it’s in.

Cardinal at a Crossroads: Is Stanford’s Golden Era Coming to a Close?