Bosh Darn: A Closer Look at Miami’s Failed Last-Second Play Against the Pacers

Last night in Indianapolis, the Miami Heat were down by one point with two seconds remaining in the game. They drew up a play that got Chris Bosh a decent shot in one of his favorite areas.

As a matter of fact, there are few people in the league who are better than Bosh in that area. You may have heard of them. 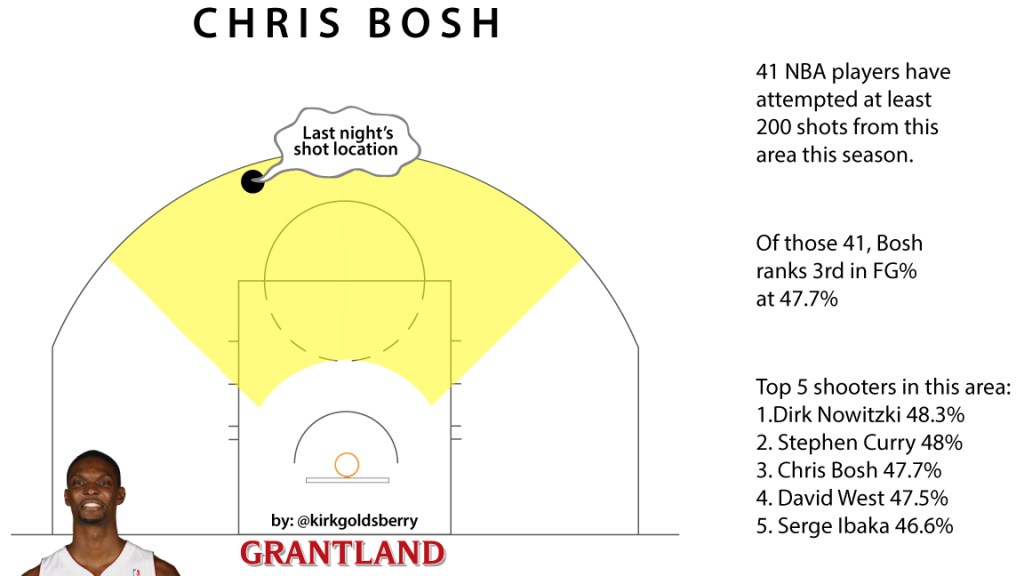 Given they had two seconds to create a shot — against Indiana! — I think it’s fair to say they got a lot of bang for their buck. Bosh is one of the best 2-point catch-and-shoot guys in the league, and he has knocked down shots from that exact spot hundreds of times in his career. In fact, last year Bosh was the best in the league from that area. Sometimes shots just don’t fall, and sometimes people like Roy Hibbert are there to make sure they don’t fall. In the end, the play was well-designed, well-executed, and well-defended.

Did Kain Colter and Northwestern Just Put the NCAA on Notice?