Borussia Dortmund, Atlético Madrid, and the Art of Talent Scavenging 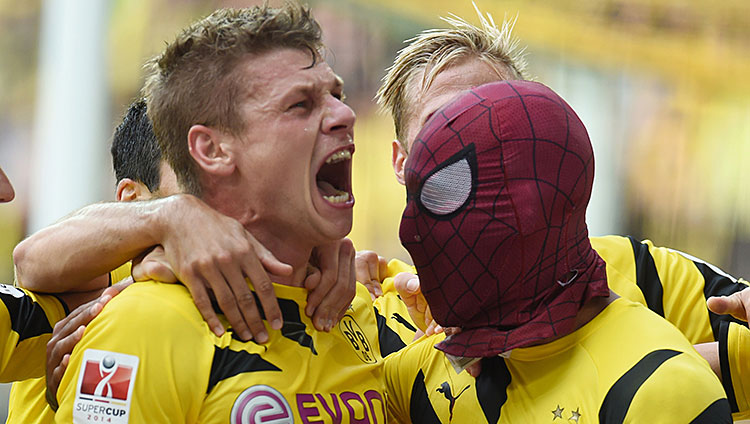 Spain and Germany kick off their seasons this weekend. The two leagues have a tremendous amount in common. They’re both top-heavy, frequently dominated by clubs with deep pockets (Real Madrid and Barcelona in Spain, Bayern Munich in Germany). But in both La Liga and the Bundesliga, two teams have emerged from the middle class to consistently challenge the hierarchy.

Atlético Madrid and Borussia Dortmund are not exactly minnows. According to Forbes, Borussia Dortmund is the 11th-most valuable soccer team in the world, and Atlético Madrid is the 17th. They both have passionate fan bases and play in fairly high-capacity stadiums. It just so happens that Atlético’s main rivals are the first- and second-most valuable teams in the world, and Bayern is the fourth.

When it comes to spending, Borussia and Atléti can’t keep up with their rivals. And yet in the past four seasons, Borussia Dortmund, helmed by the best coach in the world who also looks like the guy you saw drinking in a hipster bar in Brooklyn, Jürgen Klopp (who took over the team in 2008), has finished first, first, second, and second, with a Champions League final appearance for good measure. Atlético Madrid, meanwhile, in the two and a half seasons since club legend Diego Simeone took over, have finished fifth, third, and first, and last year led the Champions League final into stoppage time before finally being chased down and defeated by Real Madrid.

Teams like Atlético and Dortmund face two distinct challenges. The first is building a winner; the second is maintaining it. Both teams relied on youth, whether from their own academy, or bought from clubs around them. Dortmund ended up with the stereotypical “golden generation” of players, developing the likes of Mario Götze, Nuri Sahin, and a half-dozen others who came through their system, then buying others from around Germany at young ages (Mats Hummels, Neven Subotic, and Ilkay Gundogan, for example) and finally complemented them with smart international buys like Robert Lewandowski and Shinji Kagawa.

Atlético’s success was built less on a golden generation and more on a magical mix of veterans and a couple of special young players, plus a sprinkling of Ewing Theory. Diego Costa had a breakout year at 25 following the departure of superstar striker Radamel Falcao, and young midfield wizard Koke played an important part. They also added fading star David Villa from Barcelona. But the team’s back line was assembled between 2010 and 2011, and its industrious midfield pair of Gabi and Tiago were there together for three years. It just took the right mix of magic, tactics, and luck delivered by Simeone.

This summer, though, Atlético found out what Dortmund already knew. Success breeds sales. Chelsea, who lost to Atlético in the semifinals of the Champions League, bought Costa and left back Filipe Luís and recalled loaned keeper Thibaut Courtois. Villa moved on to become the signature signing of NYCFC. More than a third of Atlético’s starters, gone in one summer.

Dortmund can sympathize. They’ve lost Kagawa, Sahin, Götze, and Lewandowski (though Sahin’s transfer to Madrid went so poorly that he found his way back home to Dortmund after three years away). If you want to play the role of permanent spoiler, success isn’t the end of the road, it’s the beginning.

To stay afloat, Atlético have had to perfect the art of the restock, something Dortmund have mastered already. Dortmund brought in Marco Reus to replace Kagawa, and Henrikh Mkhitaryan and Pierre-Emerick Aubameyang to replace Götze. Both of the latter two players were highly sought-after transfer targets, but combined, they cost barely more than the fee Bayern Munich eventually paid to steal Götze. This summer Dortmund have added Italian forward Ciro Immobile. They’ve replaced established stars with stars on the rise.

Atlético are following suit. Chelsea’s money has been put to good use at the high end of the transfer market. Mario Mandzukic was good enough to be Bayern Munich’s starting forward, but ironically was deemed surplus thanks to Lewandowski’s arrival. Atlético also purchased Real Sociedad’s Antoine Griezmann, a rare threat from the wing. These are players who can potentially star for Atlético right now.

Atlético and Dortmund both get to occupy a middle ground. Contending for domestic titles and consistent Champions League participation means they are an attractive destination for players, even if they can’t compete financially with the big boys in their respective leagues. In effect, they can have their pick of any player the biggest clubs in the world don’t want.

Oftentimes it feels like the super clubs around the world are devouring all the great talent, leaving only scraps for everybody else. That might be true to some extent. But that doesn’t mean those scraps can’t win trophies.

That’s why the futures of Atlético Madrid and Dortmund are so important. If they can make it work, if they can instill a system and punctuate it off by buying stars from the rest of the world with the money they make from selling superstars to the super clubs, then there’s hope for everybody else. Clubs, and their supporters, understand they can’t become Real Madrid or Bayern Munich, but with a smart manager, the right group of players, great management, and a whole bunch of luck, maybe they could become Atlético or Dortmund. Their success provides hope to the rest of the soccer world. And with the season about to kick off, isn’t that hope really what it’s all about?