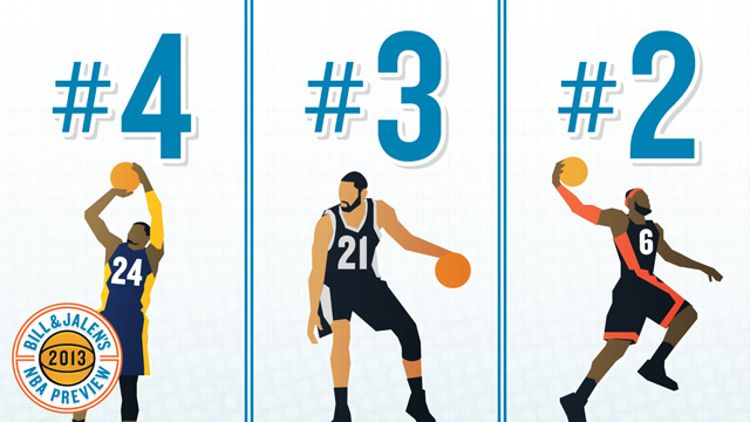 Bill Simmons and Jalen Rose look at how close the Indiana Pacers came to the Finals last year and why they expect them to test the Miami Heat this year. Bill and Jalen think the new bench, the maturation of Lance Stephenson, and the return of Larry THE LEGEND Bird will help. Prepare for a lot of THE LEGEND — both Bill and Jalen have a history with him.

Bill and Jalen examine how the Spurs plan to rebound after being just a rebound away from the NBA championship. Bill still has faith in the Spurs’ establishment, while Jalen thinks they may have logged too many collective miles to make another championship run, but both agree that coach Gregg Popovich should have had Tim Duncan in the game when the Heat turned last year’s NBA Finals with a little help from Jesus … Shuttlesworth.

Bill and Jalen are split on whether the Heat will win the championship. Bill ranks the Heat behind the Bulls because of the mileage they have racked up during the past three seasons and their vulnerability at center and point guard. Jalen simply refuses to pick against LeBron James. Bill and Jalen break it down with the help of a LeBron shot chart, a Dwyane Wade cheap-shot montage, and a trip to the strip club with Tubbs.