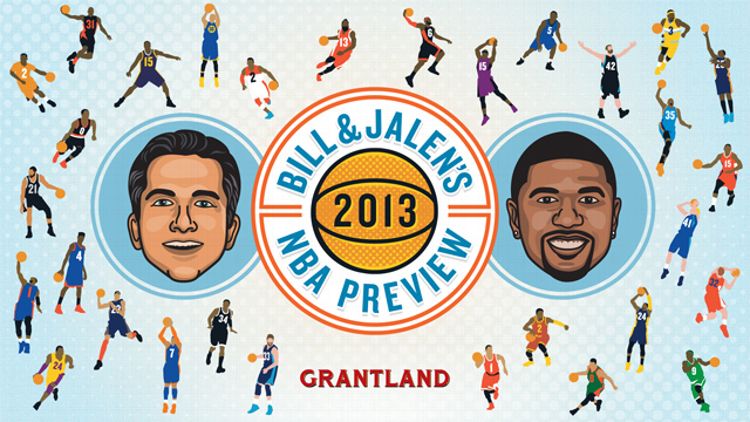 Bill Simmons and Jalen Rose preview the Cleveland Cavaliers’ upcoming season by evaluating their attempts to woo LeBron James back to his home state, breaking down Kyrie Irving’s shot chart, and laughing at Andrew Bynum.


No. 20: The Washington Wizards

Bill Simmons and Jalen Rose are at odds about whether the Wizards will make the playoffs, but they agree that John Wall will have a bounce-back year and that first-round pick Otto Porter may not live up to expectations. Also, while reminiscing about his days champagning and campaigning with Chris Webber in Washington, a candid Rose reveals that he and his former Fab Five teammate are no longer on speaking terms.