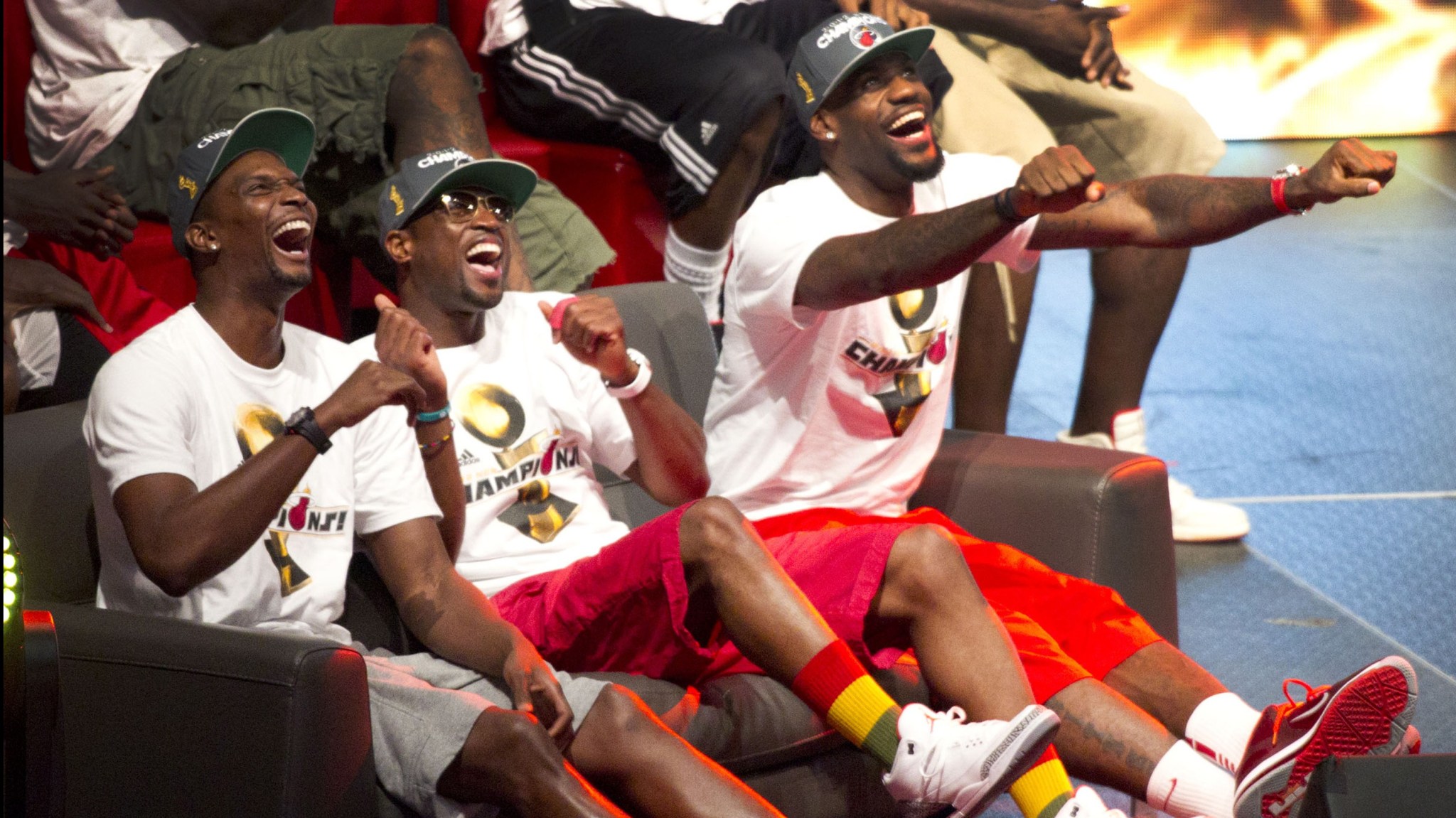 Another year has come and gone and Grantland.com has failed, yet again, to send a correspondent to Miami to cover its most star-studded event.

The terrifically ugly word is a portmanteau, mixing the peer-pressure art form known as “karaoke” with basketball IQ’s prodigal son, Shane Battier. For someone who has — perhaps unfairly, but maybe not that unfairly — been thought of as a square for most of his career, it’s pretty amazing that Battier is the host of an event that brings his teammates together in the name of musical showmanship, by way of “the hits.”

You know, an event in which LeBron James and Michael Beasley perform together. Do they play a song like “Back That Thang Up”? No. Not even close. This is Shane Battier’s BATTIOKE, after all.

Which means it’s “Back That Azz Up.”

Beasley has BARS. If there weren’t A&Rs at BATTIOKE this year, please believe there will be aplenty present in 2015. And the tip-top chemistry between LeBron and Beasley can only mean good things ahead on and off the court.

only the hits at BATTIOKE

It’s worth noting that BATTIOKE is a charity event, which means it’s also the perfect occasion to reunite the Heatles.

“Heatles” is another portmanteau. Basically, the “Beat” was removed from “Beatles” and replaced with “Heat,” the Miami basketball team.

The Heatles are Udonis Haslem, Dwyane Wade, and LeBron James. And the Heatles only do the biggest of hits, which is why they decided to tear the mutha roof off the charitable sucka with “Blurred Lines.”

Occasionally, Haslem is switched out for Christopher Bosh, and a very different group emerges. A sex group, one that only knows how to perform Jodeci songs.

I’ve been unable to locate an official program for BATTIOKE 2014, but from the number of videos that exist, the event appeared to be 17 hours long.

There was this, for crissakes: 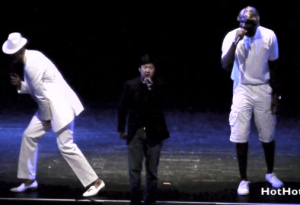 Yes, that’s The Player Haters Ball’s Shane Battier, Old Navy cargo shorts–wearing Greg Oden, and Community’s Ken Jeong. And yes, they’re singing “I Want It That Way” by the Backstreet Boys. Because of course they are.

The man really is the king of the universe. Or the multiverse, depending on whom you ask.

The grand finale was the entire team performing “Get Low,” led by LeBron and assisted by the Eastside Boy to his Lil Jon, Christopher Bosh on the far left.

There’s no way to thank Battier enough for this. There’s no way anyone thought, when he left Duke with that 8.7 unweighted GPA, that he’d be the catalyst for South Beach’s version of the Apollo. The world’s a crazy-beautiful place.

The Miami Heat have the fifth-best record in the NBA.