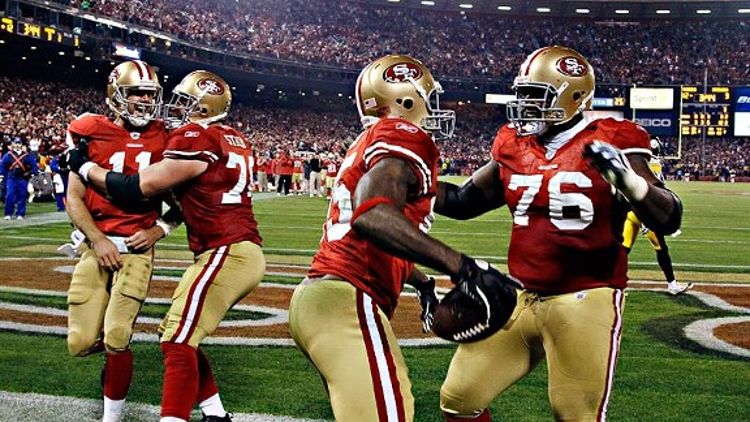 (Sorry, i just had to get that out of my system since Chris Jericho refused to say it during last night’s Monday Night Raw. Let’s start that again.)

What’s the best upset pick for Round 1? Is the Saints-Lions over/under too high? Who’s this year’s “Nobody Believes in Us” team? Do too many people believe in the Giants? Which Round 1 team was the most consistent team from week to week that Footballl Outsiders has ever measured? Why is everyone ignoring the Niners? Who’s the most “public” team of Round 1? Who’s the best Super Bowl longshot bet? Can the Patriots really make the Super Bowl with that crappy defense? Is last year’s Seahawks-Saints upset about to happen again? Who do the Vegas sharps like? And how much money am I about to lose?

That’s right, it took two days and three parts in all to pull off the mega-playoff podcast. Here’s the lineup:

Part Two: NFL.com’s Mike Lombardi breaks down the Round 1 matchups, then ESPN The Magazine’s Chad Millman breaks down the Vegas storylines. Listen to Part 2 on ESPN.com’s PodCenter or iTunes.

Part One (taped Monday): Cousin Sal plays “Guess The Round One Lines” with me. Listen to Part 1 on ESPN.com’s PodCenter or iTunes.