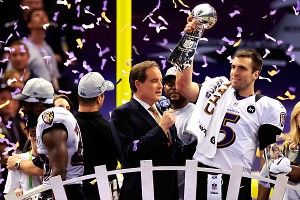 Cousin Sal and Joe House join Bill to break down the Super Bowl weekend, speculate about NBA trades, and announce the winner of their eating contest.

To listen to this podcast, you can download it on iTunes here or go to the ESPN.com PodCenter here.

2-Year-Old Baby Titus Is an Inspiration to Us All