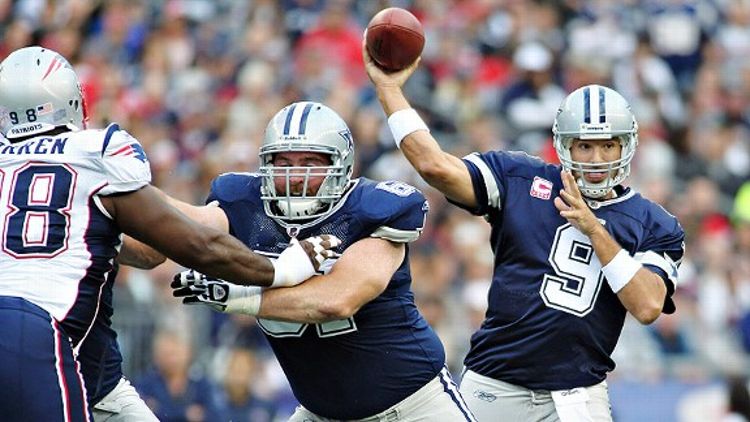 And now it’s time for BS Report Mad Libs! On (fill in the date: OCTOBER 17), a crestfallen Cousin Sal came onto the BS Report one day after his beloved Cowboys suffered a tough loss to (fill in the team: NEW ENGLAND). After rehashing the (fill in the score: 20-16) loss, defending Tony Romo for (fill in the reason: NOT GOING FOR THE KILL IN CRUNCH TIME) and blaming (fill in the player or coach: JASON GARRETT) for what happened, he cheered himself up by playing another embarrassing Simmons phone message about Josh Freeman, who (fill in the result: UPSET THE SAINTS THIS WEEK). From there, they consoled Joe Mead about the Bills after Buffalo lost (fill in the result: BY THREE POINTS TO THE GIANTS), then played another rollicking game of “Guess the Lines” for Week (fill in the week: SEVEN) as Simmons beat him by (fill in the margin: ONE GAME). After that, Simmons brought on (fill in either Mike Lombardi, Aaron Schatz or Bill Barnwell: AARON SCHATZ) from (fill in NFL.com, Football Outsiders or Grantland: FOOTBALL OUTSIDERS) to discuss the NFL through (fill in the number: SIX) weeks and figure out what happened and where things are going in the (fill in the year: 2011) National Football League season.