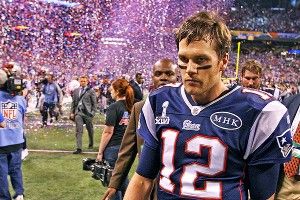 I needed a good 60 hours to recover from the Super Bowl before bringing in our buddy Cousin Sal for his final football podcast of the NFL season. The good news: Sal hates the Giants about 10 times more than I do. We had a cathartic chat about what went wrong for the Patriots, what video game strategies could have helped them, whether they should have let the Giants score even sooner than they did, whether they’ll ever trade up in a draft (instead of down), why there shouldn’t be a scapegoat from that game, and why I made the grave mistake of calling him right after the game. Also, we discussed Jimmy Kimmel Live’s “Unplugging the Super Bowl” YouTube clip (a must-watch), Super Bowl 47 odds, and whether there might already be a sleeper bet for our next NFL champion. That’s right … the gambling season never ends!

You can find Cousin Sal’s BS Report on the ESPN.com Podcenter or on iTunes.