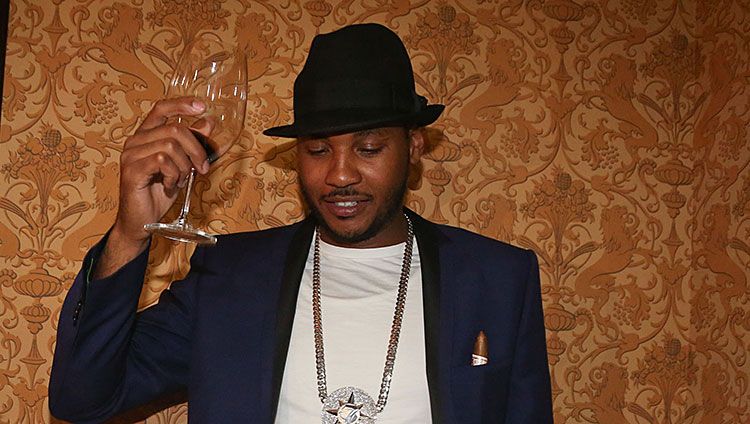 Well, it’s Wednesday, and we’ve officially reached the height of insanity with LeBron, the Heat, and Cleveland. Nobody knows what’s next, there’s a new rumor every 20 minutes, and it’s only going to get crazier once LeBron meets with Pat Riley later today. But while we’re waiting around with the entire NBA landscape up in the air, let’s take a minute and focus on the one thing we know for sure: Carmelo Anthony should go to the Bulls.

Not “should” as in that’s the decision he has to make in the next day or two — it’s more complicated, we’ll get to that — but “should” as in the universe needs to will this into existence. If God is watching, then He needs to convince Phil to take the sign-and-trade offer from Chicago.

It just makes too much sense for everyone involved.

Carmelo would have the best teammates of his career, and that’s probably true regardless of whether Derrick Rose can stay healthy. He would be on one of the best teams in the East. He would be surrounded by great defense. Worst-case scenario, this would help mask his greatest weakness. Best-case, it becomes infectious, and playing for psycho Tom Thibodeau helps make him a more complete player than he’s ever been.

It would also give us the first chance in years to watch Carmelo Anthony play basketball without agonizing over whether he can carry a team all by himself. In Chicago, defense carries the team. The Bulls just need a player who can come in and score, make tough shots, and give them an option late in close games. Except for maybe Kevin Durant, nobody in basketball fits this description better than Carmelo.

His other options are New York and L.A. and maybe Miami if Chris Bosh leaves. All of those would be fine, but it would basically keep us on the same road we’ve been on with Carmelo for years now.

He’d be asked to do too much in L.A. and New York, and it would lead to all the same disappointment. He’d also get blamed if and when things didn’t work in Miami. Instead of enjoying Carmelo, we’d spend most of the next four years nitpicking everything about his game. Which is exactly what we’ve done the last four years. 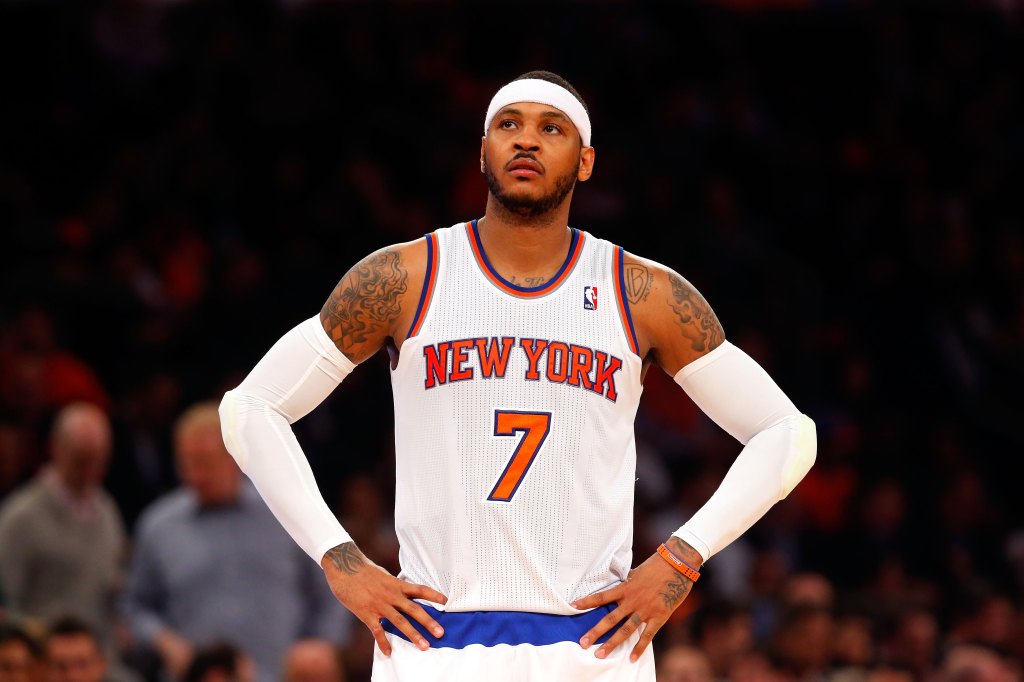 It’s been obvious for weeks that Chicago’s the best option. What’s funny is why it probably won’t happen.

The last time Carmelo was (almost) a free agent was in 2011. Back then, he wanted out of Denver, and the Knicks were all set to get him the following summer. But by using some combination of leverage with the Nuggets, CAA Illuminati powers, and James Dolan’s insanity, Carmelo engineered a sign-and-trade to New York midway through the year.

It made no sense for the Knicks — they gave up Wilson Chandler, Danilo Gallinari, Timofey Mozgov, and a 2014 first-round pick to trade for a player they could have signed outright in the offseason — but it made sense for Carmelo. The sign-and-trade in February allowed him to sign a maxed-out three-year extension before the lockout that summer, guaranteeing him more money than he would’ve gotten as a free agent after the lockout.

Even if it cost him valuable teammates and locked him into a team without any real assets — assets that might have helped land Chris Paul the following winter — the extra money was worth it to Carmelo.

Now we’re watching that situation flipped on its head.

The Knicks can offer the most money this time, while the Bulls don’t have max cap room to sign him outright. If Carmelo wants to be in Chicago, he’s got to either take a massive pay cut (around $18 million a year versus around $25.8 million) or hope the Bulls can talk Phil Jackson into a sign-and-trade.

It would fit with the rest of Carmelo’s career if this falls apart. There’s a chance that when all is said and done, we’ll look back at Carmelo and remember a scorer who could never find the right situation. We’ll remember how awesome he was at the Olympics, how much fun it was to watch him have fun, and wonder how it’s possible that none of that ever totally clicked in the NBA.

Carmelo’s not blameless for things that have gone wrong. He forced his way out of a decent Denver situation, chased off Mike D’Antoni and his creative offense for Mike Woodson, couldn’t work with Jeremy Lin, pouted, hijacked thousands of possessions, and, aside from scoring, his game’s always had flaws.

But if you look at the big picture, a lot of what’s handicapped Carmelo boils down to bad timing. Almost as soon as he got to New York, Amar’e broke down, and we all eventually found out that Carmelo was deadly at the 4. But then Amar’e came hobbling back and pushed him back to the 3. The Knicks kept on Knicks-ing things up around him, and while LeBron and the Heat were at their peak in Miami, Carmelo was left gunning with J.R. Smith and Tyson Chandler.

People can criticize him for choosing money over wins and hurting his career on his own, but it’s a choice just about every superstar would make. Melo’s misfortune comes down to not having the right options at the right time. Free agency this summer could keep that theme going.

Chicago can offer picks, expiring contracts, and a handful of young players, but really, the Knicks have all the leverage right now. Phil Jackson can dare Carmelo to take a lot less money or dare him to go to L.A. (which is its own sort of bad idea). This is why the Bulls feel like a long shot at this point. This probably ends with Carmelo coming back to New York. 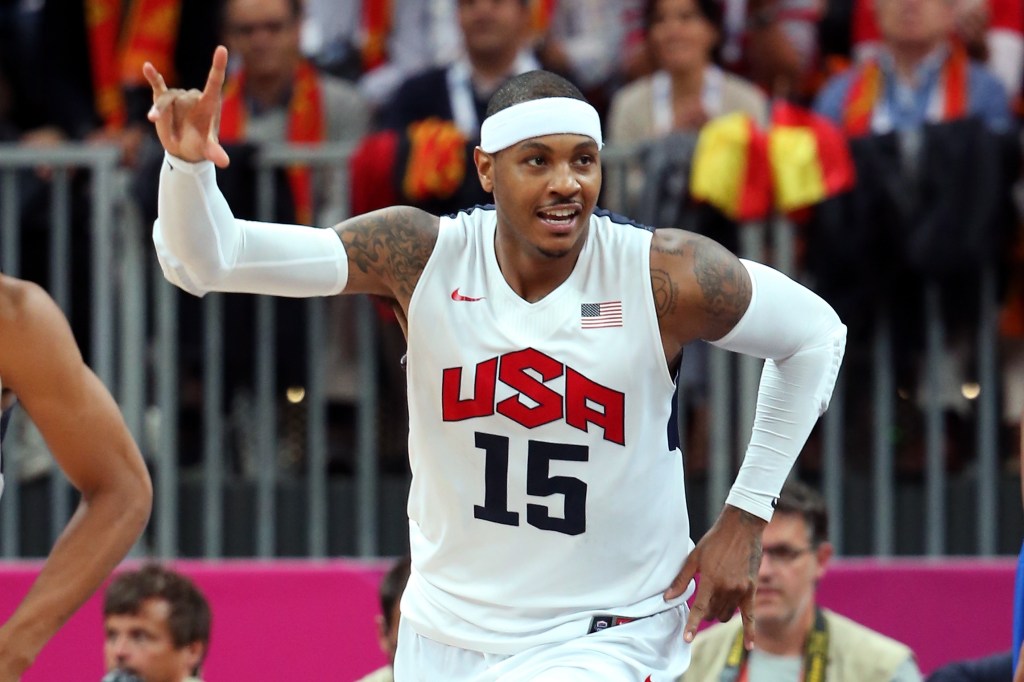 I’ve accepted it won’t happen with the Bulls. We should all accept this. But that doesn’t mean we have to like it. Because as great as Carmelo in Chicago would be, it would be just as depressing to see Melo end up back in New York.

It’s not even really in the Knicks’ best interest. Besides getting to avoid suffering through a PR crisis, the Knicks are better off building a new foundation over the next few years. ESPN’s Beckley Mason made this case back in June. It makes no sense to keep the Melo experiment going another five years for $120 million.

It’s not that Carmelo’s bad or overrated, but he’s definitely not perfect. It’s complicated. He’s less LeBron, and more like Dirk. He needs a team that can help hide his weaknesses and simplify his role on offense. That’s not the Knicks the next few years, and it’s definitely not the Lakers. It could be the Bulls, though.

That’s the biggest reason I want him in Chicago. I’m sick of having the exact same conversations about Carmelo Anthony. We know he can get lazy on defense, we know he’s not a great passer, we know he turns into a black hole when things break down, we know he’s not good enough to carry a team to the conference finals by himself, and this has defined his game for the past four years.

It doesn’t even matter that he’s averaged more than 25 points a game five of the last six years, or that last year his efficient field goal percentage was 50.2 percent, the second-best of his career. It’s much easier to watch the Knicks struggle, point at Carmelo’s obvious weaknesses, and say he’ll never be a winner. Or he’s a bad teammate. Or something.

Just once, it’d be nice to sit back and enjoy Carmelo playing basketball without worrying about any of this. I honestly don’t give a shit if he’s good enough to carry a contender. Let’s just watch him finish out his prime, scoring his ass off while guys like Jimmy Butler and Taj Gibson and Joakim Noah help out with all the little things.

We should all be rooting for this. Whether you like Carmelo or not, it would give the East another title contender. It would give Joakim Noah some help. It would make a lovable Bulls team more watchable than it’s been since 2010. It would have Robert Mays smiling for the rest of the summer, and it might even make Thibs smile for a solid 10 seconds. It would also keep the Lakers and Knicks from spending a ton of money on a superstar who doesn’t really make sense for either team. Melo in Chicago is the best-case scenario for everyone involved.

I know it probably won’t happen. But god, it should.