Are West Ham for Real? 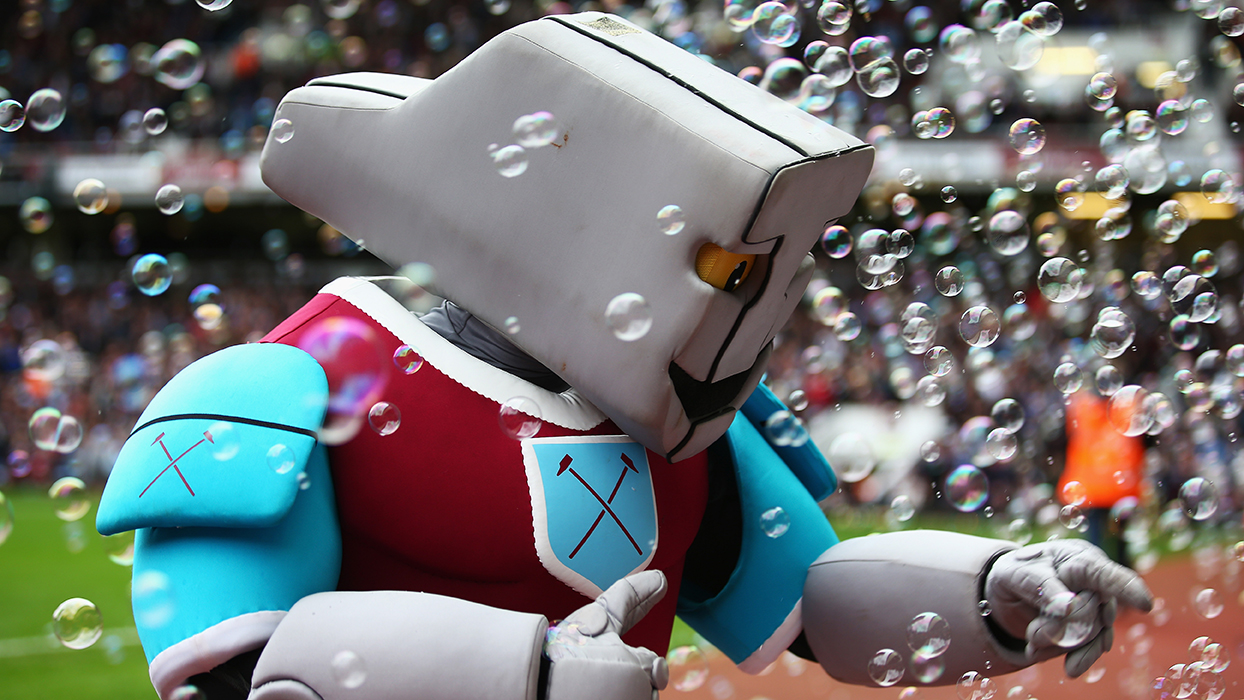 What’s more strange: that the lead photo for this piece is of a “semi-robotic” mascot named Hammerhead basking in bubbles at West Ham’s Upton Park? Or that if the season ended today, West Ham would be in the Champions League?

Usually the top of the Premier League table is pretty predictable. You have the usual mega-club suspects (you know who), a couple of perennial almost-theres (Spurs, Everton), and a surprise who starts strong and fades away down the stretch. That hasn’t been the case this season.

Teams like Arsenal, Everton, Liverpool, Manchester United, and Tottenham have steadfastly refused to bubble to the top. Instead, the spots behind Chelsea and Manchester City have been occupied by a rotating cast of traditionally mid-table squads, jumping up from their relative obscurity. We’ve had Southampton (definitely real), Aston Villa (definitely not real), and Swansea (not particularly real) all in and around the top four. And now the Hammers are upending the top of the table. Last weekend’s shocking victory over Manchester City was their fourth win in five games, vaulting them to fourth place with 16 points, only three behind second-place Southampton (themselves four points behind first). So, are West Ham for real?

West Ham manager Sam Allardyce is typically known for his blunt and ugly tactics. He has often championed a direct style of play, featuring a target man (he loves Andy Carroll) receiving crosses and knocking the ball down for midfielders. But, as Allardyce will be the first to tell you, 1 he has played like that only because it was the easiest way to get results with the talent he had available. He prides himself on his adaptability.

Their [Wenger/Rodgers/Pellegrini’s] philosophy is different to ours. Ours is more about who are we playing against. Their philosophy is more, “We always play this way,” and they won’t change, they carry [on doing] the same thing. That’s why you can beat them.

The team spent more than £25 million net this summer (according to Transfermarkt) and brought in nine new players. That kind of upheaval often leads to teams struggling to come together, especially if the newcomers are playing major minutes, which they certainly are at West Ham — seven of those players have appeared in six games or more. This squad has been remade from top (new international arrivals Enner Valencia and Diafra Sakho form the strike partnership) to bottom (English full-backs Carl Jenkinson and Aaron Cresswell patrol the flanks).

What Allardyce has now is a team much more willing to keep the ball, as opposed to just getting it up field as quickly as possible. Here’s where West Ham attempted passes from in their own half last season: 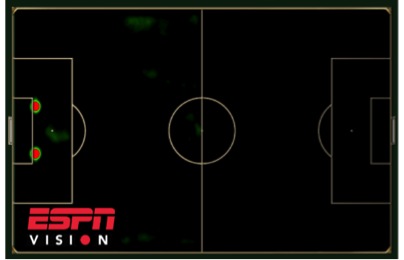 I had to check that multiple times to make sure the image wasn’t broken. It’s not. It’s just West Ham kicking goal kicks, and nothing but goal kicks. This is what they’ve evolved into this year: 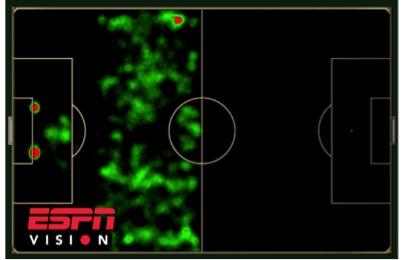 You aren’t exactly going to confuse them with Barcelona, but it’s a heck of a change from one year to the next. And it makes sense. Why go get a guy like Alex Song, who is so good on the ball, if all you are going to do is lump it over his head?

The Evolution of Stewart Downing

No one player stands as an avatar for the changes at Upton Park like Stewart Downing. The 30-year-old occasional England international has had a fascinating career. He’s gone from functional winger, to very good winger, to Liverpool flop, to functional winger at West Ham, to central attacking playmaker. In a way, his career has mirrored how the game has evolved over the last 12 years. As a very left-footed playmaker, most of his formative years were spent doing the English thing — camping out on the left and crossing the ball. As the game changed, he migrated to the right as an inverted winger, where he was asked to consistently cut inside and shoot. That didn’t work. Stewart Downing is good at a lot of things, but cutting in on his left and shooting isn’t really one of them.

This thought occurred to Brendan Rodgers at Liverpool, and he started moving Downing all over the darn place in an attempt to breathe some life back into the player’s career. Eventually, though, Rodgers gave up and shipped Downing off to West Ham, where he reunited with Andy Carroll and achieved his destiny of being the guy who pumps crosses into the box for Big Sam’s Neolithic attack.

A funny thing happened on the way to the Stone Age. This year, Downing is spending a lot of time in the no. 10 role, sitting behind a pair of strikers and being responsible for transitioning the team from defense to attack.

Will West Ham Contend for the Champions League?

Teams like West Ham generally live and die by their luck early in the season, and they eventually fade when that luck normalizes. But West Ham aren’t riding an insane shooting performance or ridiculous goalkeeping to get their results. Their expected-goal numbers are actually quite good. They’re fifth in expected goals created, and they have given up the sixth-lowest amount (all stats courtesy of ESPN Stats & Info). Are those the numbers of a Champions League team? Maybe not. But West Ham are definitely a fringe contender and a solid top-half-of-the-table team.

One reason to think West Ham can keep up this push is that they’ve already faced Liverpool, both Manchester clubs, Southampton, and Spurs.2 Those are all teams that, in theory, started the season above West Ham in the pecking order (except for Southampton).

After almost a quarter of the season, West Ham are in the discussion. That is a mark of how much they’ve improved. Are West Ham for real? They absolutely are, regardless of whether that means a trip to Europe next year.

The NBA Fan’s Guide to Talking Trash During Pickup Basketball