Are Everton Facing a Lost Season? 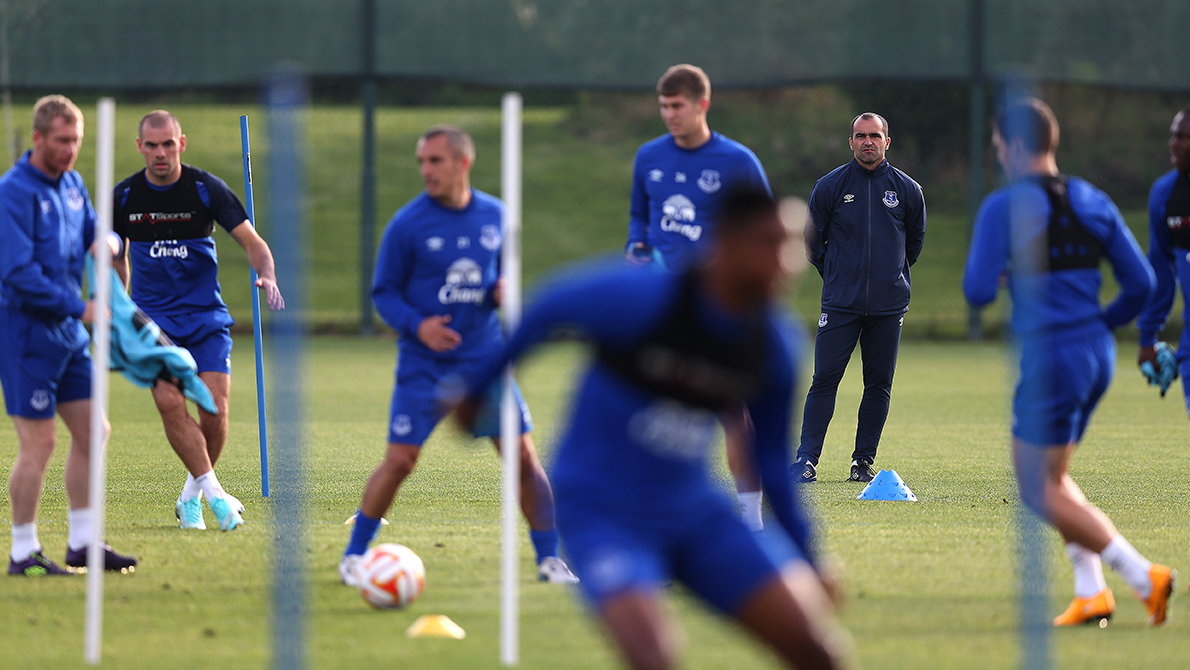 The first two months of Everton’s season have been an exercise in weathering the storm. Right now, they sit in 17th place, with only six points from seven games — two points above the relegation zone. The boundless optimism that Roberto Martínez brought to the club last season is gone, as are any realistic hopes that Everton could improve upon their fifth-place finish and challenge for the Champions League. The season may be barely under way, but for Everton, “it’s still early” has turned into “it’s too late.”

Some of Everton’s early-season struggles are down to the schedule. They’ve already hosted Arsenal and Chelsea and gone on the road to Old Trafford and Anfield. That’s a rough stretch for anybody. But they’ve also drawn against Leicester City on the road and lost at home to Crystal Palace. Those two results — and the five points left on the table — are the difference between sitting in a tie for fourth and bringing up the rear.

Last season, Everton racked up 72 points. If they wanted to hit that mark again (and remember, even that was seven points shy of fourth place), they’d need to play at an 81-point pace for the rest of the season. If they hadn’t dropped those five early points, they’d only need to play at a 75-point pace — still better than last year, but given all the tough games they’ve gotten out of the way, certainly not an impossibility.

The tough opening schedule has been compounded by two additional factors. The first are the additional games from playing in the Europa League and the second is a rash of injuries. Both factors have severely tested Everton’s depth. For a team that wasn’t particularly deep to begin with,1 the Europa League was always going to be challenging. Injuries to Ross Barkley, Seamus Coleman, Kevin Mirallas, and, most recently, John Stones have made those extra midweek games tough to face. Those games are sometimes being played in far-flung corners of Europe, and Everton have lost both times they played the Sunday following a Europa League game on Thursday.

This isn’t all planes, trains, automobiles, and trainers’ rooms. There are the long-standing tactical issues. Martínez has always had a reputation as a manager who enjoys free-flowing attacking football, but one who produces porous defenses. Last season, those defensive problems didn’t show up in the numbers; they conceded 39 goals, the third-fewest in the Premier League. However, if you look at shots alone, they were much more average, conceding the 10th-fewest with 492.

Whatever magic kept those shots out last season — be it a throwback Tim Howard year, or the residual fortitude of a David Moyes–constructed defense, or simple blind luck — hasn’t persisted this year. In fact, it’s swung the other direction. Everton has allowed 16 goals, the most in the league, while conceding the seventh-most shots, 98. Martínez has a lot going for him, but defensive repairman is not one of them.

Are There Any Positives? 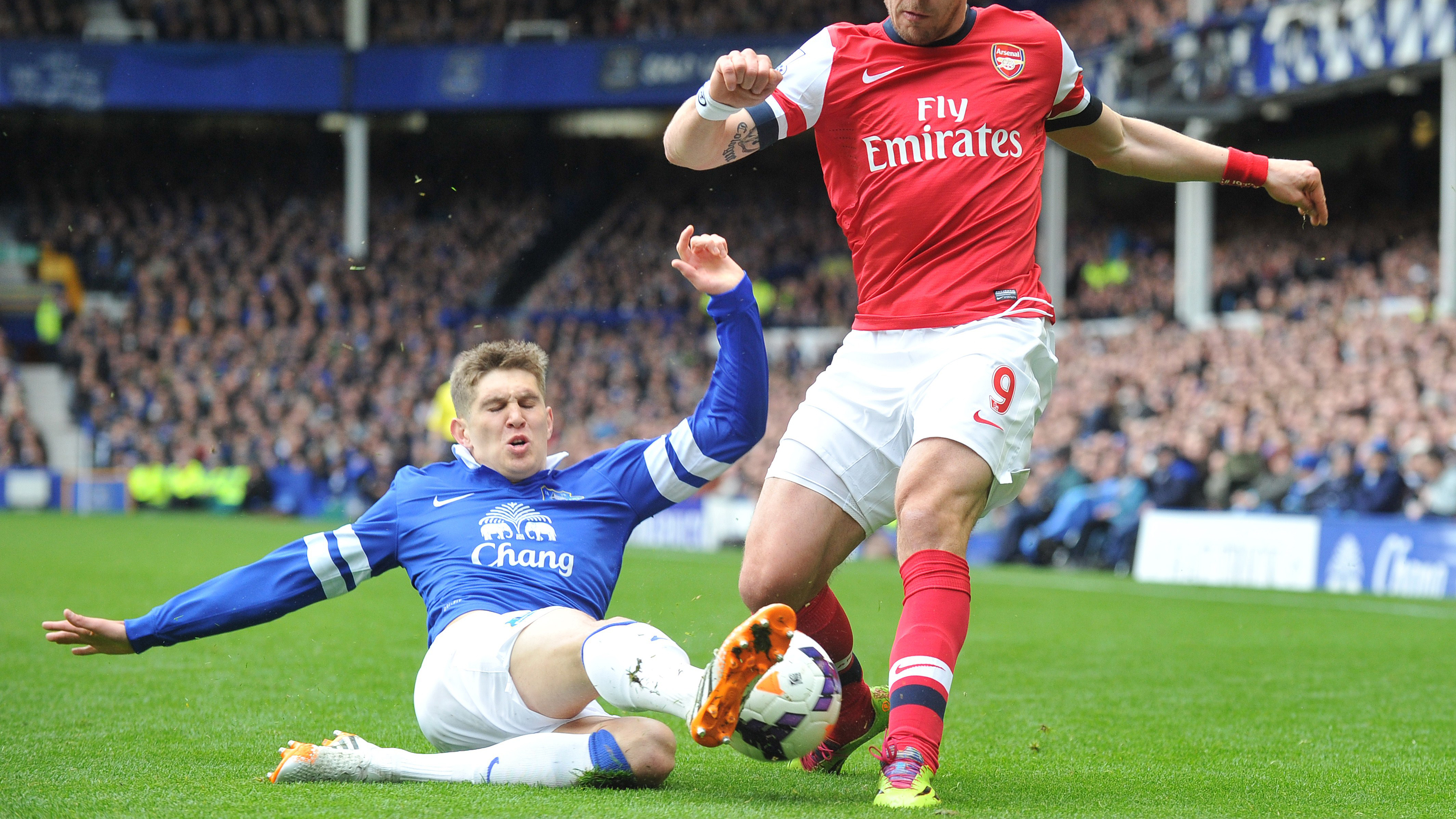 Sure! The schedule gets easier, players will come back healthy, and, realistically speaking, they won’t be anywhere close to a relegation battle. While dreams of fourth might be gone, there’s still at least the outside possibility that things break right for a Europa League spot again. If that doesn’t happen, and Everton are consigned to the mediocrity of meaningless midtable games over the home stretch, there are positives to take from that as well.

As the season winds on, the lack of emphasis on Premier League games will make it easier for Martínez to field strong teams in the Europa League and the FA Cup. It’s within the realm of possibility that Everton could be serious competitors in both competions. Martínez has worked his Cup magic before, after all, guiding Wigan to the unlikeliest of trophies two seasons ago, during a campaign in which they got relegated.

In addition to freeing up Martínez to focus on Cup competitions, a midtable place would also give the manager a chance to develop Everton’s youth. The club’s roster construction is a little awkward and consists of very few players in their prime. Key contributors like Barry, Phil Jagielka, and Steven Pienaar are all 32 or older. Sylvain Distin is a whopping 36. Even Leighton Baines, at 29, is going to start slowing down soon (and painful as it is for Everton fans to admit it, his peak years are probably already gone).

On the other hand, there’s Barkley and Stones, who are only 20, Romelu Lukaku at 21, and Muhamed Besic at 22. Of those, only Lukaku has played extended, uninterrupted stretches in the Premier League. Bryan Oviedo and Darron Gibson, who are recovering from major injuries, are still only 24 and 26, respectively. The team needs to figure out whether either can get healthy enough or be good enough to become regular contributors.

Baines, Mirallas, and Seamus Coleman, and maybe Steven Naismith, are probably the only players with long-term futures at Everton who are older than 25. That’s both encouraging and daunting, and it will be extremely helpful for Everton’s decision-makers to have the bulk of the season to focus on long-term planning.

This season isn’t going to be what the Toffees hoped it would be. But just because dreams of Champions League qualification are already dashed doesn’t mean the season itself has to be wasted. Between competing in Cup competitions and developing their talented youngsters, Everton have the opportunity to ensure this season becomes merely a blip and not a trend. At this point, the true failure would be if they continue to run out their veterans game after game, week after week in a vain attempt to get back into the top four. Do that and this year becomes wasted. That’s something no team can afford.