A New View: The NBA Will Install STATS LLC Cameras in Every Arena in the League 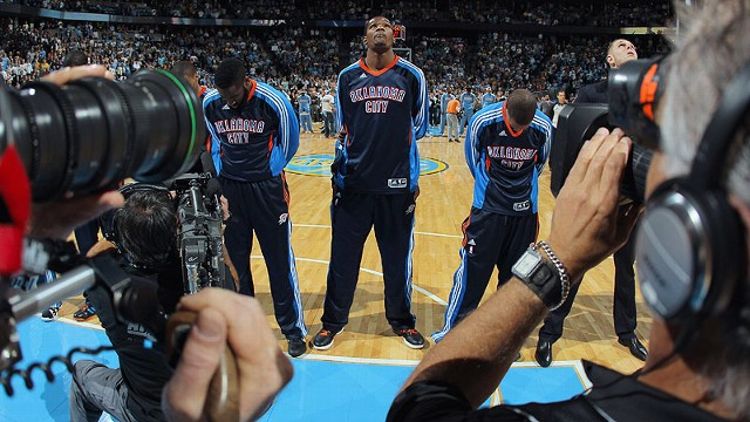 The NBA and an outside tech consultant have reached an agreement to install fancy data-tracking cameras in all 29 league arenas before the start of next season, according to several sources familiar with the matter.

The deal is expected to be announced as early as next week.

Exactly half the league’s teams used the STATS LLC SportVU cameras last season after a trend-setting half-dozen had them installed for the 2011-12 season — or even earlier. The cameras record every movement on the court — of players, officials, and the ball — several times per second, so that subscribing teams have been able to track the positioning of players in new ways. In a Grantland exclusive in March, the Toronto Raptors showed how they have used the data to (among many other things) build computerized “ghost defenders” that reacted in optimal ways to every offensive action. The team could then overlay camera recordings of actual game play to see how closely Toronto’s real players mirrored the actions of their ghosts.

Subscribing teams have used the data to get at some of basketball’s deepest questions — how many players should crash the offensive glass; where missed shots actually fall after hitting the rim; the best strategies for defending various players in the pick-and-roll; how each player should approach transition defense in specific situations; and many, many others. The possibilities, big and small, are basically endless. Reports released by STATS include information on how fast players run, how often they dribble, how far they run during games, which players touch the ball at the elbow most often, and which players drive from the perimeter to the basket most often.

The cameras cost about $100,000 per year, and the expense is one reason 15 teams hadn’t yet subscribed. Some of those teams were waiting in hopes the NBA would foot the bill, and the league has apparently decided to do so sooner than many of those teams expected. Installing the cameras in all 30 arenas will expand the data to include every game played, providing teams with a more complete and reliable data set. It also raises the possibility of the league using statistical nuggets from the cameras during television broadcasts. A few teams have used in-game data at halftime to show players specific examples of things like rebounds they didn’t contest aggressively, or evidence they weren’t running as hard as usual. A few more will likely do the same next season.