A History of Hate: The Bruins-Penguins Rivalry 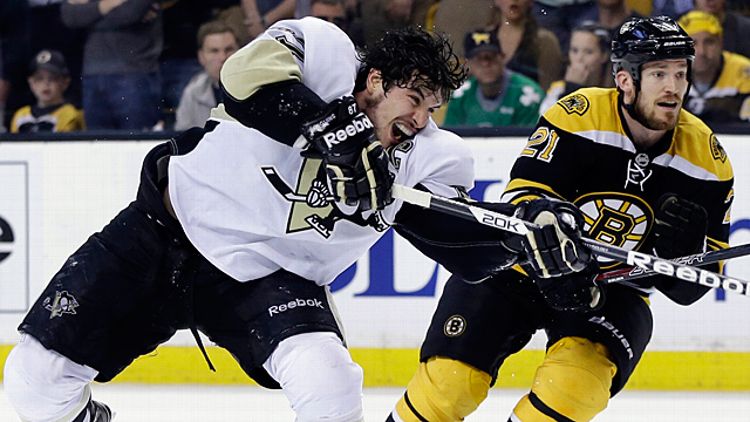 The Bruins and Penguins are three games into their conference finals matchup, and the series has already produced its share of bad blood. We’ve seen Matt Cooke ejected for hitting Adam McQuaid from behind, a fight between Evgeni Malkin and Patrice Bergeron, and Sidney Crosby going nose-to-chest with Zdeno Chara. And that was just Game 1. As the series continues, it’s become clear that these two teams just don’t seem to like each other.

The animosity doesn’t come as much of a surprise, given which teams we’re talking about. And we don’t just mean this year — Boston and Pittsburgh have a history that goes back decades, and it has featured some memorably nasty moments.

Here’s a visual guide to the history of the Penguins and Bruins hating each other.

In Which Bob Stoops Forgets It Is Not Called Feelingsball