5 NCAA Tournament Predictions for the First Day of Action 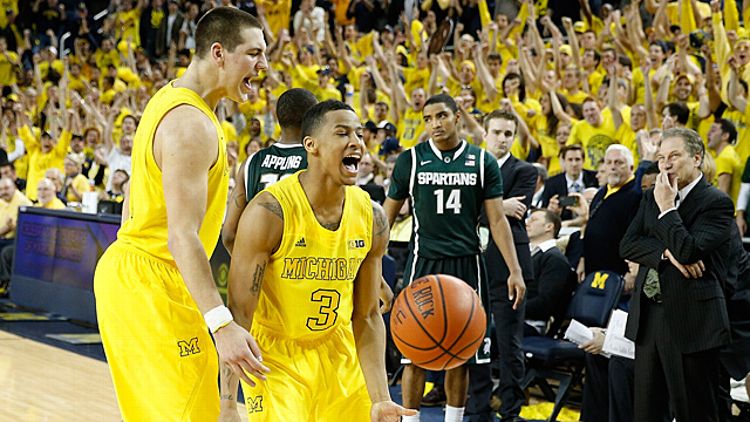 The NCAA tournament is finally here! Who’s ready to lose money gambling, find out that the person in your office who knows the least about sports still knows more than you do, and complain that your school’s coach can’t “win the big one” after your team loses a heartbreaker? Well, ready or not, the most unpredictable sporting event in the world is about to begin!

But even though March Madness by its nature defies prediction, I’m here to offer five things that are certain to happen during the first day of action.

The last time Butler was in the tournament, the Bulldogs beat Old Dominion in the first round (sorry, NCAA, but I’ll never call the play-in games the first round) at the buzzer and then beat Pitt in the second round, thanks to one of the most bizarre endings in NCAA tournament history. The previous year, they had close calls against Murray State (steal with 3 seconds left sealed the win) and Michigan State (up three with less than 10 seconds, fouled the Spartans to send them to the line instead of giving them a chance to tie with a buzzer-beater) before ultimately losing the national championship by three inches. Meanwhile, Arizona has played in four games this season that were decided by three points or less, and that doesn’t even include their January 3 overtime win against Colorado that should’ve been a loss. Because the first day of the tournament always provides a few crazy endings and because thrilling finishes are in Butler’s and Arizona’s DNA, I’m quite confident these squads will deliver.

At some point, Gus Johnson will trend on Twitter

This is my boldest Day 1 prediction. If he were still working for CBS, it would be a no-brainer that he’d end up trending on Twitter. The Law of Gus would make the game he’d be calling come down to the final seconds, he’d have an on-air aneurysm like he always does, and Twitter would eat it up. As it stands, I still predict that Gus Johnson will be trending. Here’s why: He’s so beloved and so synonymous with the NCAA tournament that following a crazy ending, millions of people will tweet some variation of “Can you imagine if Gus Johnson had called that game?”

#Haith will also be trending

If you don’t know about the #Haith movement already, it’s time you learn. Frank Haith, head coach of the Missouri Tigers, is the greatest thing to happen to college basketball. When he’s not standing on the sideline adjusting the waistline of his pants while his team chokes, he’s standing on the sideline staring into the distance while his team chokes. Simply put, if Kevin McCallister’s cousin ever met Haith, she’d tell him that he’s what the French call “Les Incompétents.”

This is where #Haith comes in — it’s the official Twitter hashtag for when Haith is at his Haithiest. Say you’re watching a Missouri game and the Tigers blow a 7-point lead with a minute and a half left because they committed three turnovers and fouled a 3-point shooter at the buzzer. You can’t believe what you just saw and want to tell your Twitter followers about it. But what do you tweet? Answer: A simple “#Haith” gets the message across loud and clear. If a picture’s worth 1,000 words, #Haith is worth 17 words (and 92 characters, for my tweeps out there), and those words are “Frank Haith’s team just did something that only a team coached by Frank Haith would ever do.”

So when Missouri (who, by the way, is led by Phil Pressey, the most inconsistent and frustrating player in college basketball) inevitably loses in unimaginable fashion to Colorado State (who starts five seniors), don’t bother tweeting something like, “Did anyone see that ending? How did Mizzou choke that away?!” Instead, make it short and sweet with #Haith.

I really hope I’m wrong on this, not just because I want to see my alma mater’s biggest rival lose in the first round, but also because there’s a decent amount of hype surrounding Wolters and I would love for him to live up to it. I’m fully aware of what he’s capable of against Summit League competition, but like most college basketball fans, I’ve yet to see him play on a big stage. And going toe-to-toe in the NCAA tournament against a former no. 1–ranked team led by the probable national player of the year is about as big as the stage gets. Because of this matchup and because a lot of people have heard about Wolters but haven’t seen him play, Michigan-South Dakota State is one of the most anticipated Day 1 games. Wolters’s entire career will culminate with his showdown against Burke, and his NBA future could depend largely on this one game. Unfortunately, I expect Burke to get the better of him and prove why he’s the best point guard in America. But I wouldn’t mind being completely wrong.

Before 2 p.m. EDT, the annoying commercial of this year’s tournament will have already revealed itself

Before I guess what will be this year’s most annoying commercial, let’s take a look back at some of the all-time greats:
“This is ouuuur country.”

And the bane of my existence from last year’s tournament …

“IT STARTED WITH A WHISPER”

Even though it’s a sure thing that NAPA and Buick will do all they can to reclaim the annoying commercial throne (there’s no way we don’t see the Shaq Buick commercial a billion times in the next three weeks), I’m thinking this year’s title will belong to either an LG spot featuring Greg Anthony or one of those “How happy are people who switch to GEICO?” commercials (probably the Dikembe Mutombo one). But much like the NCAA tournament itself, you’d have to be crazy to rule out an underdog. There’s no telling what ad agencies might have up their sleeves this year. All we know for certain is that they’re only going to make, like, seven total commercials, all of them are going to be shoved down our throats, and one will emerge as the worst of the worst.