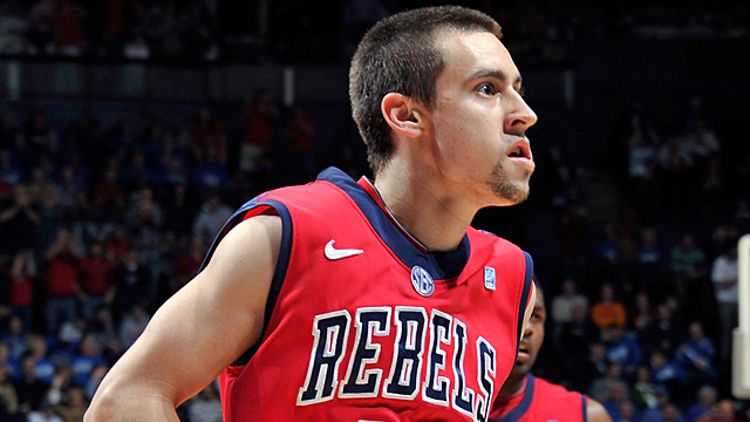 At some point, Gus Johnson will trend on Twitter
Somebody get Darryl Worley back in the studio, because I’m starting to think we need him to call out America for forgetting about Gus.

(Shout-out to Grantland’s four country music fans who will get that joke.)

#Haith will also be trending

Trey Burke will spoil the Nate Wolters coming-out party
Burke was just 2-for-12, but Wolters went 3-for-14. He finished with just 10 points and his team lost by 15. I’m officially on the board.

Before 2 p.m. EDT, the annoying commercial of this year’s tournament will have already revealed itself

I can’t tell if the commercials this year aren’t annoying or if they’re all just equally annoying. Either way, no clear-cut favorite has emerged. Yet.

So I guess I went 1-for-5. Far from ideal, but still good enough to be first baseman for the Tampa Bay Rays. At least these five predictions will be right. I guarantee it.

This would’ve been the most entertaining game in NCAA tournament history. I’ll never be convinced otherwise. We could’ve just rolled some racks of balls onto the court and had a 3-point contest to determine the winner. We could’ve made the teams play H-O-R-S-E with the stipulation that every shot has to be taken from behind the arc. We could’ve put shock collars (not to be confused with shot-callers like Lil’ Troy) on all of the players and executed anyone who stepped inside the 3-point line. We could’ve taken any of these steps and it wouldn’t have been much different from an actual Illini-Cyclones game, because these teams don’t need any extra incentive to chuck. But no, selection committee, you had to put Illinois and Iowa State in different regions, probably because you hate college basketball fans and don’t want us to be happy. You’ll never be forgiven for this.

Somebody will score 30 points

Looking back on that list, one thought comes to mind: There are a lot of good players in action today. That list didn’t even include Cody Zeller, Victor Oladipo, Aaron Craft, Jeff Withey, James McAdoo, Kenny Kadji, Sean Armand, Erik Murphy, or any of the Wisconsin Buzzcuts. So yeah, a ton of individual talent will be on display.

For those who aren’t familiar with Henderson, all you need to know is that he’s Ole Miss’s best player and that he is also completely out of his mind. Still don’t get it? Just check out his Twitter feed, watch this GIF from when Ole Miss won at Auburn, read this story explaining why he spent 25 days in jail, or take a look at pretty much every picture ever taken of him.

Anyway, here’s my prediction: You haven’t seen anything yet. At least not compared to what Henderson will unleash today. He’s playing in his first career NCAA tournament game, and after leading his team to the SEC tournament championship, his confidence will be sky-high. He’s going to turn his crazy up to 11 and break out the most ludicrous 3-point celebration you’ve ever seen. If Ole Miss wins, he’s going to punt the ball into the stands. If Ole Miss loses, he’s going to punt the ball into the stands. He might throw a punch at a Wisconsin player. He might throw a punch at an Ole Miss player. He might wear Rec Specs and an Afro wig. He might even change his jersey number to 69 at halftime. I don’t know what the specifics will be, but he’ll do something so crazy that we’ll be talking about it 20 years from now. And strangely enough, the craziest thing he could possibly do is to be completely normal.

The Big Ten will go undefeated

Despite Rex Chapman’s proclamation that the Big Ten is “overrated” and the Big East is the best conference in college basketball (ha … haha … HAHAHA), I’d be pretty surprised if the Big Ten doesn’t go 5-0 on Friday. This isn’t the craziest prediction, since the only Big Ten team that won’t have a higher seed than its opponent is Minnesota, and even the Gophers are three-point favorites against UCLA, according to oddsmakers. Still, because the Big Ten has been exalted all season and because its last national title came in 2000, the conference will be under the microscope all tournament. Going 7-0 in the first two days will be a nice first step in the conference’s quest to solidify its status as the country’s best.

I like Barkley. I really do. He’s self-deprecating, he has a ton of charisma, and he tells it like it is. If I could put together a dream team of buddies to watch sports with every weekend, I would draft Barkley no. 2 overall, second only to the Iron Sheik. But there’s something about Barkley that gets under my skin: He has no idea what he’s talking about when it comes to college basketball. Now, as a college basketball writer, I’ll be the first to admit that no one who covers the sport knows what the hell he’s talking about once the tournament rolls around. How could we? If you gave Mel Gibson a handle of bourbon, a mound of cocaine, and full legal immunity, he still wouldn’t be as unpredictable as the NCAA tournament.

But there’s a difference between saying Duke would be a Final Four threat last year and then watching them fall to Lehigh and having the same level of knowledge as my grandmother. If Barkley would just say he doesn’t know who any of the players are or which teams are good, his coverage of the tournament would be easier to swallow. But instead he’s faking it. He’s pretending that he has watched more than 30 seconds of college basketball before this week, and it’s unbearable. It was funny to hear Barkley mispronounce Matthew Dellavedova’s last name the first time, but when he was still butchering it hours later, it felt like time to give him the hook.

(For those who don’t follow college basketball, Dellavedova is one of the best players in the sport. It’s beyond comprehension that a guy covering the tournament would pronounce his name “Valleydevoda,” or whatever Barkley kept saying.)

My guess is that by the end of Friday, most college basketball fans will feel the same way. So, Chuck, if you’re reading this, please stop trying to be a legitimate college basketball analyst. When you’re asked your thoughts on a game, just tell a funny story about your days at Auburn or make a joke about Ernie Johnson.

About Last Night: Ivy Leaguers Finally Make Something of Themselves