Thought Experiment: Who Would Be Stupid Enough to Try to Kill John Wick in ‘John Wick 2’? 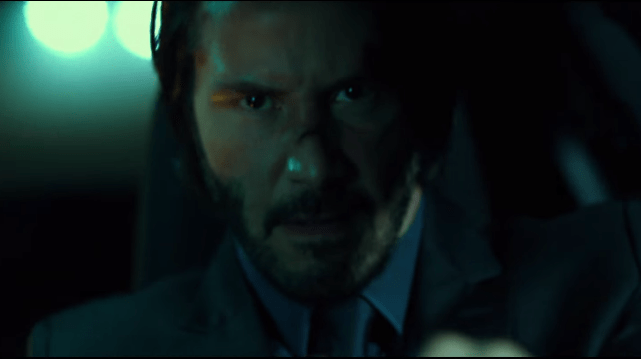 When I heard this week that Lionsgate plans to make a sequel to one of my favorite films of 2014, the stylishly Spartan revenge thriller John Wick, my emotions were mixed. On the plus side, I’m definitely into seeing more John Wick. He’s the closest thing I have right now to a favorite superhero. As a person who’s only casually conversant with comics, I find the Marvel movies to be either too insular or just flat-out incoherent. Guardians of the Galaxy and the last few X-Men installments aside, they’re not really my thing. If I want to see spectacular feats of strength and kill-happy agility, John Wick suits me a lot better. There’s not much to get with John Wick. The mythology is pretty straightforward: Wick is Baba Yaga, the man you send to kill the bogeyman. If you simply need to whack three men in a bar with a pencil, Wick can handle that one, too.

For those who haven’t seen John Wick: Keanu Reeves plays the titular character, a retired assassin-for-hire who is provoked back to professional homicide when the son of the local Russian crime boss steals his car and murders his dog. Wick is only interested in exacting revenge on the son, but to do that, he must mow down dozens of anonymous henchmen standing in his way. By the end of the movie, he’s killed about 80 people — mostly single-handedly, though he’s occasionally assisted by Willem Dafoe and Deadwood’s Ian McShane, which ought to convey the virtuosic display of badassery in this movie.

Unlike the overstuffed posses that populate most modern movie franchises, John Wick is strictly an exercise in solitary nihilism. The Brian O’Connor to Wick’s Dominic Toretto is the dog, and he perishes in the film’s opening minutes. After that, John Wick joins a sacred loner lineage that goes back to John Woo’s The Killer, Sergio Leone’s “Man With No Name” trilogy, the classic Lee Marvin revenge thriller Point Blank, and laconic neo-noir masterpieces like Le Samouraï and Le Circle Rouge directed by the late French filmmaker Jean-Pierre Melville.

I’m sure John Wick will be a fine multi-film property. Here’s what I can’t figure out: Who in their right mind is going to try to kill John Wick in John Wick 2? Are they not aware that he can do this?

Maybe you’re a cynic who’s not impressed by a guy moving with cool efficiency through a nightclub and delivering head shots and stab wounds like he’s handing out appletinis. Personally, I feel like any right-thinking person will stay out of his way from now on. Because John Wick cannot be threatened. Any chance of defeating this guy was lost the moment he took a sledgehammer to the concrete floor in the basement and let loose his arsenal. Now, the best strategy for survival is to point him in the direction of the nearest dog pound and pray that he gets sentimental.

Think about the biggest threats propping up this summer’s blockbusters — perhaps they’re intimidating in most contexts, but in John Wick 2? Let’s extrapolate this. 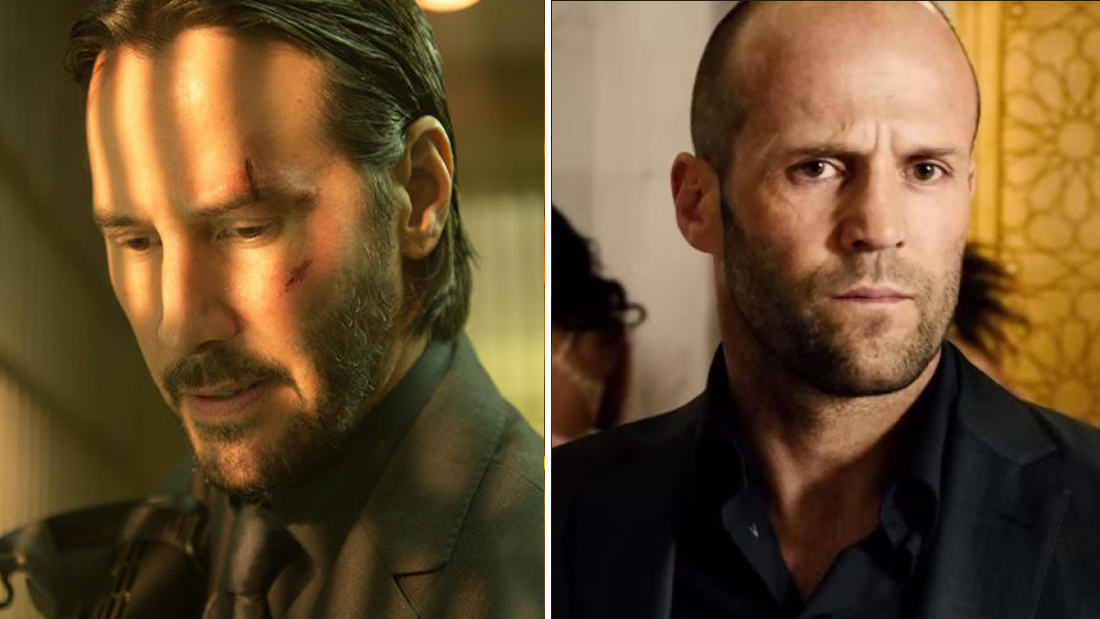 Bad matchup for Shaw because Wick frowns upon car-based violence. 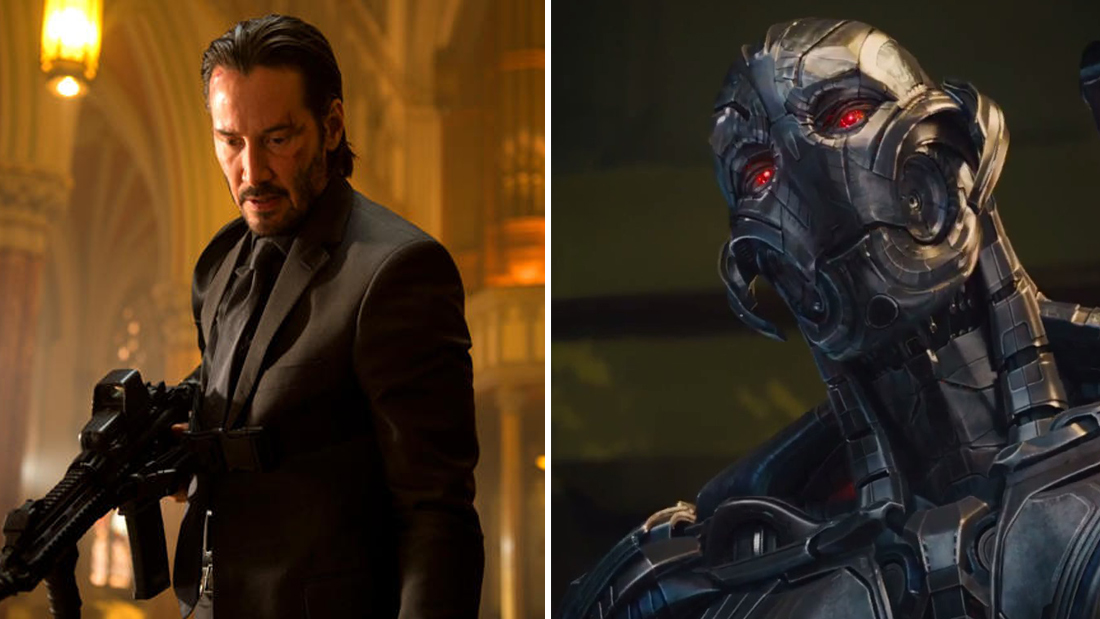 Like I said, I’m only casually conversant with comics, so for a second I thought Ultron was the name of the forthcoming Muse album. But based on a relatively quick Wikipedia deep dive, it’s my understanding that Ultron is actually a villain in the new Avengers film and that his aim is to destroy humanity. Which means he can’t fight John Wick, because they’re basically allies. Next! 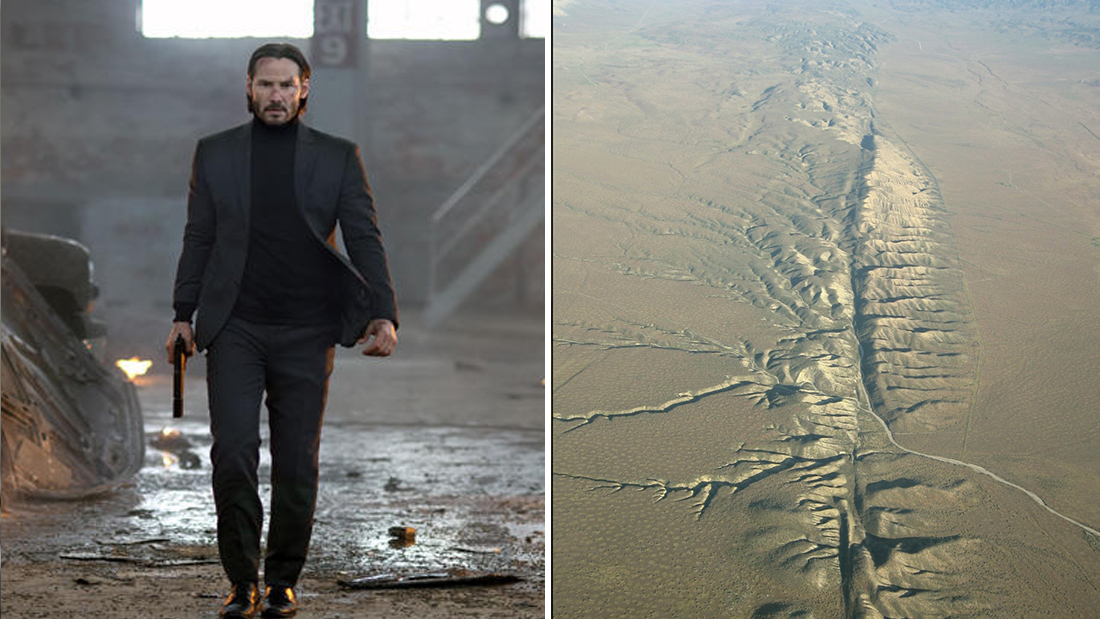 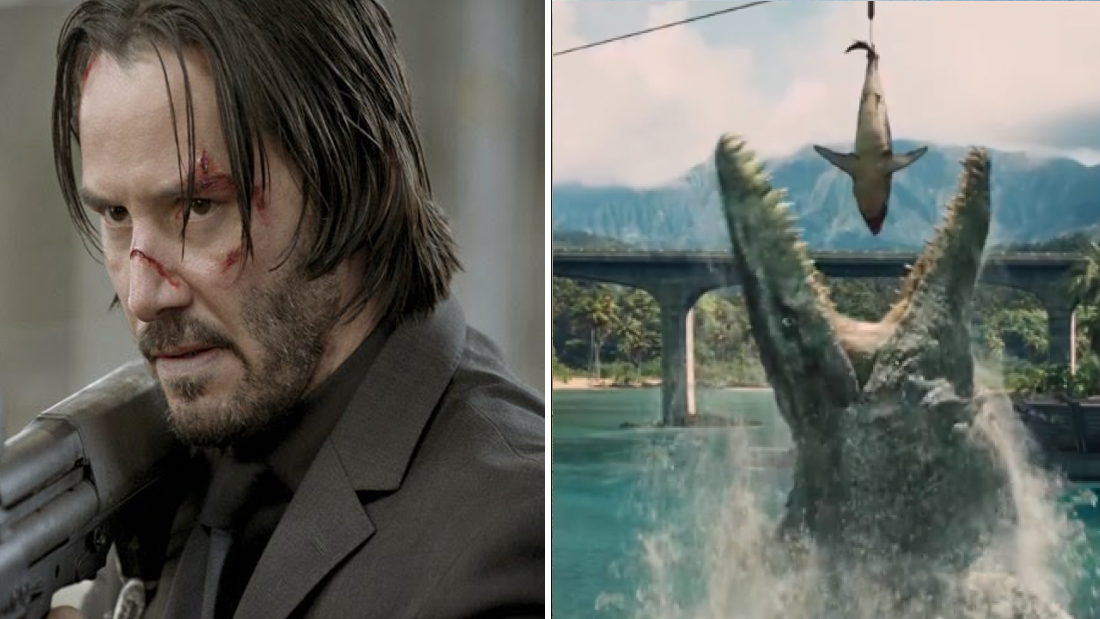 This one actually seemed like a plausible premise for John Wick 2. Wick would have a legit hard time killing a dinosaur. However, the budget for the first John Wick was only $20 million. Assuming the budget doubles for the sequel, it’s still probably not enough to cover the cost of a CGI’ed T. rex. DISQUALIFIED.

The only plausible foe I could come up with for Keanu Reeves in John Wick 2 is … Keanu Reeves as Neo from The Matrix. Like Wick, Neo can fight an army of men by himself because he’s always in absolute control. Wick and Neo are even when it comes to focus, commitment, and sheer will. One-on-one, I have no idea who would win.

I asked Shea Serrano, whom I view as an expert on such matters, for his opinion on the matchup, and while he told me he hadn’t seen John Wick yet, he was confident that “no version of Keanu is fucking with the Matrix version of Keanu.” For a second, I blacked out in disbelief. Then it suddenly occurred to me that John Wick grossed only $78 million worldwide — it’s a movie that people are still in the process of discovering. So, please, I implore you: See John Wick immediately if you haven’t already, and get back to me on John Wick 2: Keanu vs. Keanu. Together, we can crowdsource this movie to credibility.

Grantland Summer Movie Preview: ‘Are We Sure They’re Good?’

Who Will Direct the Next Spider-Man Reboot? Can We Interest You in the Dudes Who Made ‘Napoleon Dynamite’ or ‘Pitch Perfect’?