Thought Experiment: What If ‘The Expendables 3’ Ignites a Wesley Snipes Superstar Comeback? 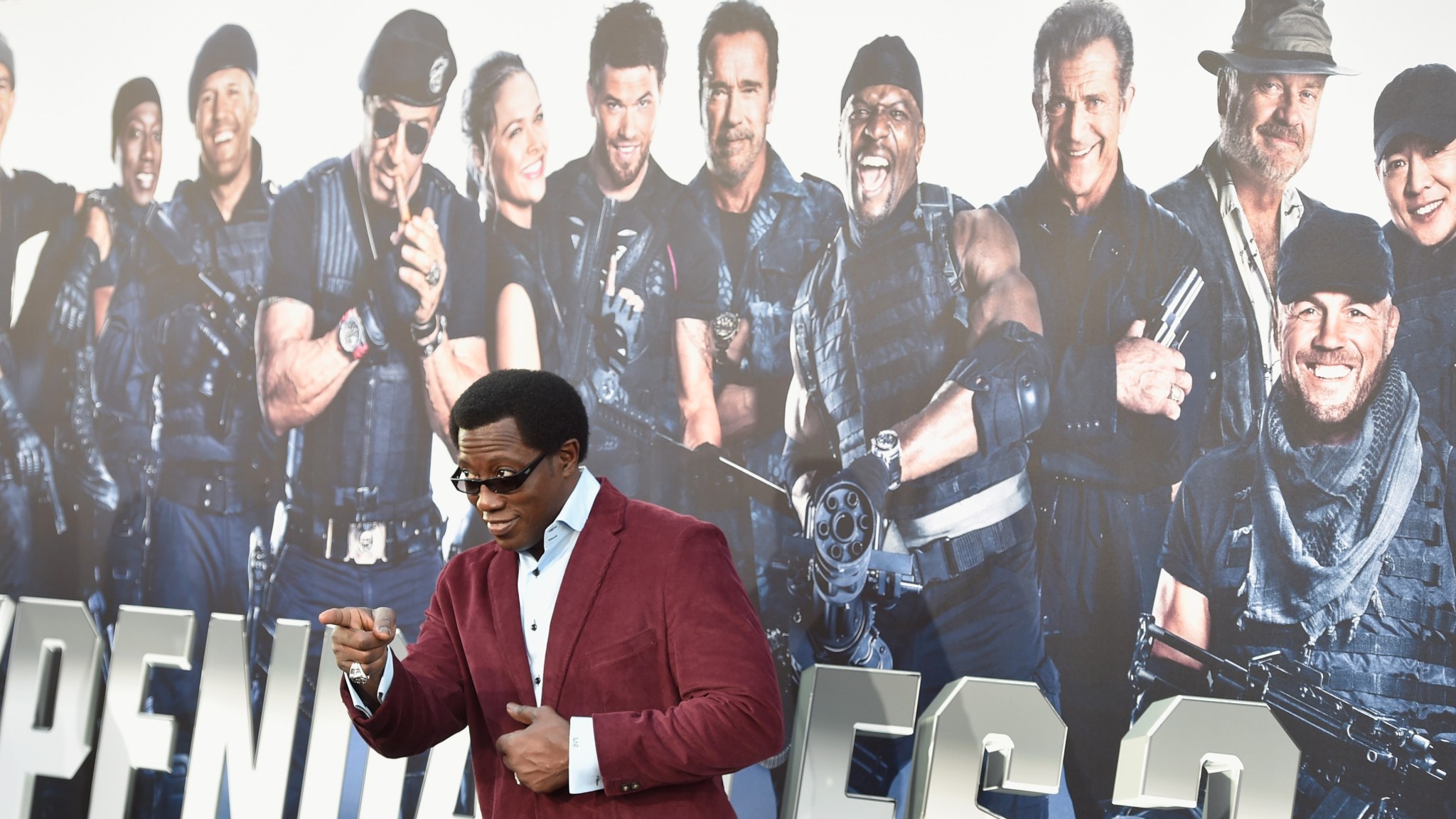 Wesley Snipes, former big-name movie star, is mostly a nonfactor today. That’s a shame. But it is not a static reality. And we are all, if you squint just a bit, standing at the precipice of change. A bit of backstory:

Per his IMDb page, Snipes has been in more than 40 movies in the past 25 years, which is pretty remarkable when you consider that it’s actually 40-plus movies in 22 years because he spent three of those 25 years in a federal prison for tax evasion. His most successful role was as Blade in the Blade trilogy, a series that ran from 1998 to 2004 and made more than $415 million at the box office. But his most devastating, most iconic, most important stretch came during his 1991-93 run, when he played, with respect to his legacy, the three most important parts of his career.

He was Nino Brown in 1991’s New Jack City, a character he played with such a perfectly flexed amount of schizophrenia and smarm that the mere thought of being able to put a bullet in him gave Ice-T an erection.

He was Sidney Deane in 1992’s White Men Can’t Jump, a character he played with such a perfectly flexed amount of swagger and cunning that it accelerated race relations by about a billion percent while also bending the orbit of pickup basketball’s code of conduct forever.

And he played Simon Phoenix in 1993’s Demolition Man, a character he played with such a perfectly flexed confidence and wholeheartedness that you very nearly forgot he was basically dressed like Black Dennis the Menace for just about the whole movie. 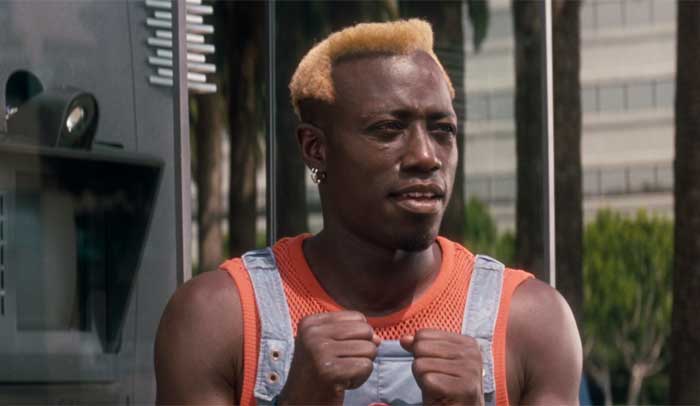 Those three movies represent one of the all-time great movie runs. You can toss in other performances, if you like. He was of course marvelous in Major League (1989). Jungle Fever (1991) was fantastic too. Undisputed (2002) was fun as well. But still, even if you add up all of those, even if you include the Blade series, it’s still all just a reflection, a shadow, a whisper; performances unable to shape the future any further because their reaches have been rendered too short by time. He is a nonfactor today. And those movies can’t change that.

But there is a movie that can change it: The Expendables 3, somehow.

The Expendables series is mostly a plodding tank. Each film is about a collection of mercenaries that blow things up while arguing with one another. Snipes is in the third one, which comes out this week. And here’s the thing: He’s kind of super-charming in it, inasmuch as someone can be super-charming within the parameters of a two-minute movie trailer. So:

First, tell me about the appreciation.

It’ll be like what happened with Mickey Rourke after The Wrestler came out in 2008, only except 2008 is like the Stone Age compared to today so it’ll be a little different. The 2014 Wesley Snipes appreciation will initially be born of irony because that’s how everything starts today. BuzzFeed will put together a list to celebrate his return to movies that’s something like “33 Times Wesley Snipes Gave The Best Stare-Down In The ’90s.” Someone will start a Twitter war with Omar Epps about the superiority of Major League to Major League 2 that goes viral. Somebody else will take clips of Snipes from his movies and then arrange them into a video that makes it sound like he’s rapping Snoop’s “Gin and Juice.” On and on. Eventually, though, the irony will give way to genuine appreciation. And the world will be in full Wesley Snipes arousal mode.

So what ends up happening with The Expendables 3?

Wesley Snipes happens, is what happens. He hits a 50-footer at the buzzer to win the game, is what happens. Without Snipes, The Expendables 3 would’ve been a total pooper. There’d have been no saving it, no universe where it’s good, not even in the elastic galaxy of the Thought Experiment. BUT SNIPES IS IN IT, AND HE IS IN THE SHIT OUT OF IT. He’s every Big Bad in the first 45 minutes of every action movie. He’s LeBron in Game 5 against the Pistons in the 2007 Eastern Conference finals. He’s the electric seaweed in the old Ninja Turtles video game on NES. He is just completely and totally unstoppable.

What happens with Woody Harrelson? 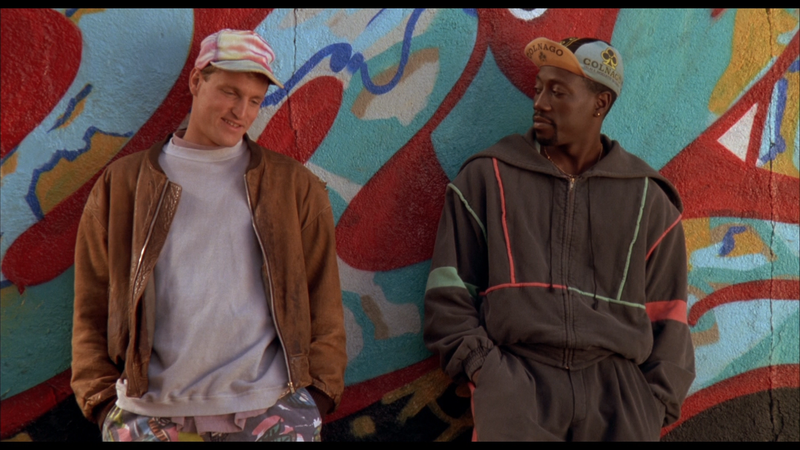 Oh, man. Harrelson, big BuzzFeed fan, sees the list, realizes that Snipes isn’t dead, then immediately begins arranging the pieces to film the follow-up to White Men Can’t Jump. They leak a teaser trailer online. It’s shot in black-and-white. It’s just Harrelson on a court shooting by himself (although we never actually see his face; the camera just sort of pans around so we only ever see him from angles that don’t show who he is). He shoots for maybe 25, 30 seconds. And it’s all one long shot. No cutaways. It’s a gorgeous clip. It’s super-cinematic — poetic, almost. Harrelson never says a word. It’s just bucket after bucket after bucket. The only sounds you hear are the ball bouncing off things and his shoes on the pavement.

Finally, he misses one.

The ball caroms off the side of the rim and out of bounds. The camera, pulled in tight so that all you can see is the ball rolling along the ground, moves with the ball as it rolls across the concrete. After three or four seconds, it’s stopped by a shoe. We see a pair of hands pick it up. The camera follows the hands as they bring the ball up to a hip. Then the camera continues upward, tight on the body, until finally we see that it’s Wesley. The camera is pulled in close to his face. He looks into the camera, then he gives that perfect Wesley Snipes smirk that only Wesley Snipes can do. Then it goes black. And then we see the title: White Men Still Can’t Jump. And then the Internet melts down.

How good is it?

So good. Better than anyone is expecting. It’s smart and clever and funny and they tie in little Easter eggs so all the nerds go crazy (there’s one scene where there’s an abandoned Sizzler in the background; things like that) but they also make it nuanced and intense and unflinching (there’s a scene in which they argue about what type of basketball player President Obama is, and whether the inflexibility of morality is an inherently black trait or an inherently white trait). The New York Times calls it “a concise, and altogether surprising, examination of the racial dynamics of sport in America,” continuing, “It’s so wonderful to see Mr. Snipes and Mr. Harrelson at it again.”

Following the unanimous praise of the movie, President Obama invites Wesley and Woody to the White House for an actual game of basketball. They play 2-on-2. It’s Wesley and Woody against Obama and his “good friend” Blake Griffin. Obama and Griffin crush them. Obama, pumped full of adrenaline, needles Snipes, saying, “I guess they didn’t have a basketball court in prison, huh?” Woody and Blake stand there uncomfortably. Wesley’s feelings are visibly hurt. Obama continues, “Wait … wait. Are you gonna cry right now? Is Blade gonna cry? Did I just make Blade cry? Oh, this is rich. Blade is crying. Good. Great. Hey, I guess now we’re even for Blade Trinity, at least. Dracula? FOH.”

Boy, does he. Following the president’s cosign, the scripts come flying in. He takes a few safe ones to guarantee big checks, most remarkably when Marvel decides to reshoot the whole entire new Avengers movie, this time with Snipes playing Iron Man.

Oh, no. How does Robert take it?

Not well. He decides to quit Hollywood. But … 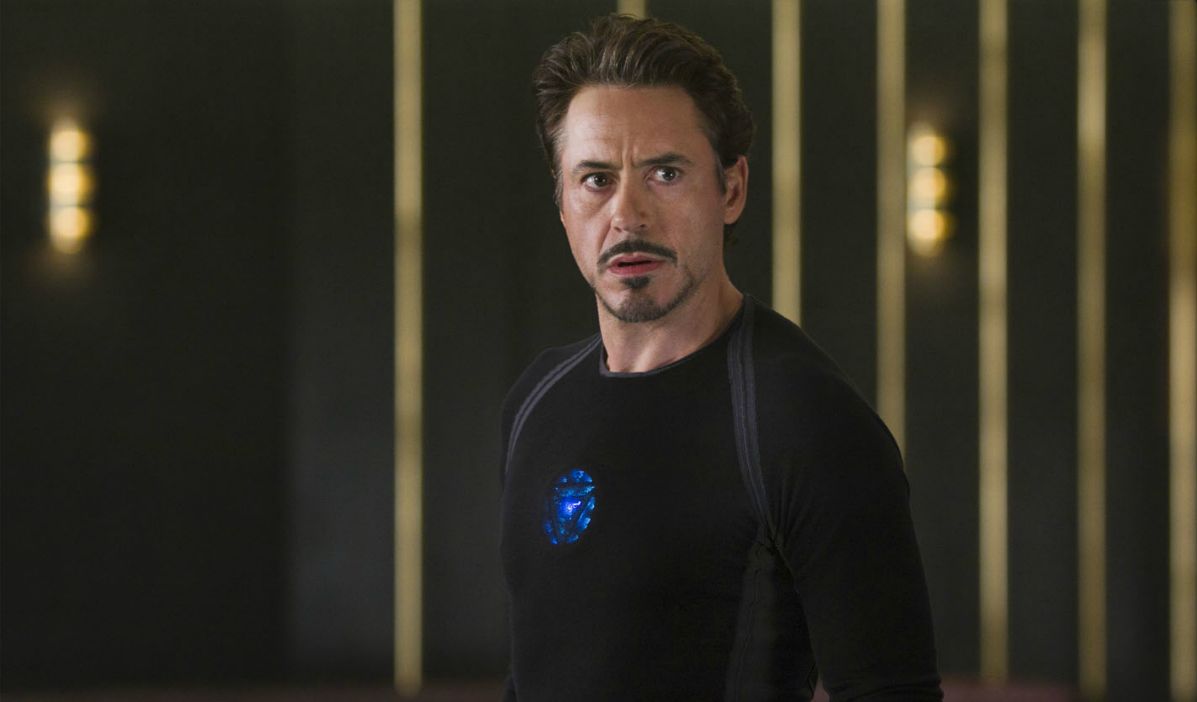 Does Wesley offer to help Robert?

Um, maybe I can answer that with four words for you: Iron Men Can Jump.

Wesley and Robert team up to make their own version of White Men Can’t Jump, only except this time they play basketball in the Iron Man suits. It takes all of three weeks before it tops the $1 billion mark in box office earnings. Plus, it’s the first time two guys from the same movie get nominated for an Oscar for Best Actor. And guess what? They both win and they have to play one-on-one for it. And guess what? Wesley wins.

Oh, no. How does Robert take that?

He decides it’s a good idea to make Gothika 2, which is to say that he takes it the hardest he possibly ever could have, because Gothika is like the movie version of accidentally biting down on a piece of foil.

No. Because Wesley has his own troubles. Because, turns out, Wesley stopped filing his taxes after The Expendables 3. He has to go back to prison for three more years. 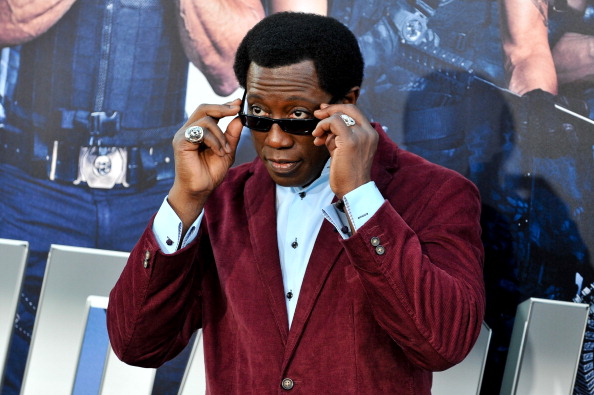