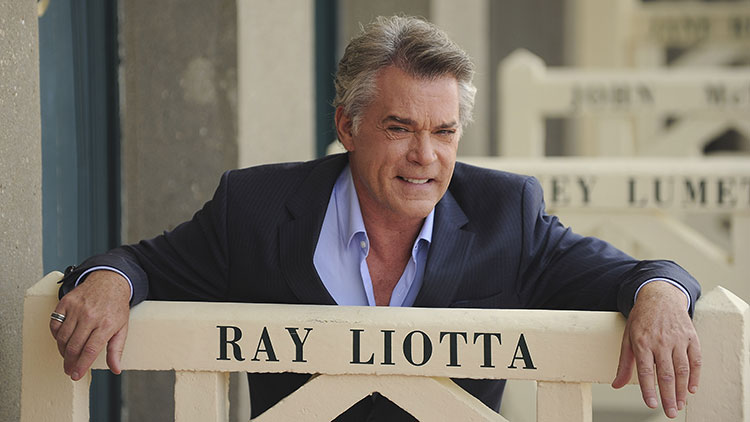 I really loved Bill Simmons’s podcast with Dr. J. In some ways, it’s my favorite episode of the B.S. Report, and it’s one of the only times I’ve been jealous of a guest someone else got. Because Dr. J meant so much to me as a kid, and I could tell he meant so much to Bill — that not knowing him the way we would know him now, the way the whole world would, made Dr. J an actual walking and breathing superhero during our childhoods. He was a rumor, an idea, someone who could really Jump Out Of The Building. And Bill got to get him talking about all of it. I wanted it to go on for hours.

Today, I got to get Ray Liotta talking. And Ray Liotta, despite living and being on screens now, doesn’t really talk very much. Go watch some interviews on YouTube or wherever. He has little patience for talking about being a tough a guy or for junketeers who haven’t bothered to pay attention to what he’s really doing.

But he doesn’t talk very much about how and why he does what he does, either. He never wants to be one of those phonies, one of those actors who talks about Acting as though it must always have a capital A.

What he wants to do is act. “Play pretend,” as he says. Somehow, in the podcast booth on West End Ave. today, he allowed himself to unwind, to let loose a tiny bit. Maybe because he’s on his way to receive a lifetime award from the Deauville Film Festival in France. Maybe because he’s on the end of a press tour. Maybe because he knew that I had been plugging along making movies, too, these past 17 or 18 years, so I could understand what some of it feels like.

Regardless, sitting there today, I was just trying to hang on, trying to listen close, stay out of his way, let him tell it how he feels it. I got chills a couple of times, like when he told me the truth about the rumored real-life fight he had with Maury while filming Goodfellas, or when he let on, just a little, about his actual process, about how much work goes into performances that look effortless.

There are superheroes among us. People who have certain powers and have taken the time, effort, discipline, and focus to learn how to use them. People who can Jump Out Of The Building. Ray Liotta never became the biggest movie star in the world. His tastes were never mainstream enough. Or his choices were wrong. Or Hollywood didn’t see him that way. But I would stack the work he did in his first batch of movies up against pretty much anyone’s. They were his ABA years. And even if the rest doesn’t measure up in your eyes, you can’t take ’em away from him.

There are people who can Jump Out Of The Building. Ray Liotta is one of them. And today, on The Moment, he told me what it feels like.

Subscribe to Grantland Pop Culture podcasts and The Moment on iTunes, and check out our podcasts page.

The 'Bachelor in Paradise' Finale: Love, Betrayal, Chastity Jeans, and Oh My God, So Much Effing Talking