Scott Weiland and Our Failing ‘Front Man for Hire’ Economy 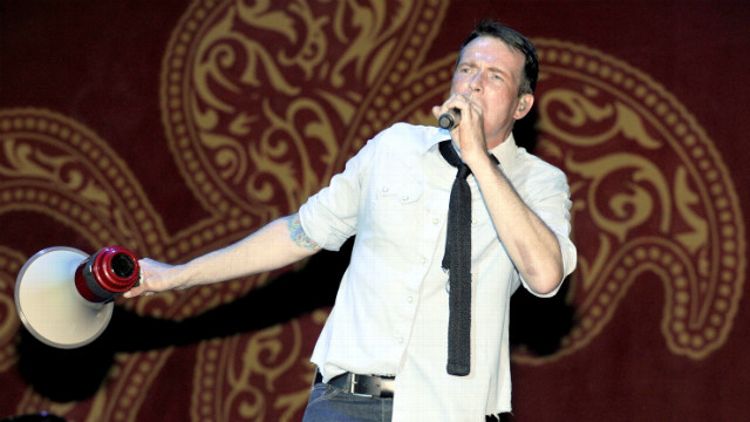 This week, Stone Temple Pilots released a one-sentence statement to the press confirming that the group had “officially terminated” singer Scott Weiland. One day prior, Weiland denied rumors that he had been sacked in an interview with Rolling Stone. Weirdly — though perhaps not weirdly, considering the players involved — those rumors had been started by Slash, a member of Velvet Revolver, the other band Weiland was fired from five years ago. Weiland told Rolling Stone that “Slash doesn’t know anything about STP,” when in fact Slash apparently knew a lot more than he did.

This news barely registered as news for most people, in the sense that it hardly seems “new.” Getting fired is Weiland’s franchise. In the parlance of ’90s rock stars, the perception is that Weiland is Billy Corgan without artistic collateral — an egomaniacal malcontent who’s not even the creative force in his own band(s). This is not entirely fair or accurate: As Weiland argued in the counter-statement to his termination announcement, it’s not clear that he actually can be fired, as he “founded, fronted, and co-wrote many of [STP’s] hits.” Granted, if Weiland’s contributions to those songs are mainly lyrical, he’s arguably been a drag on STP’s strengths: the DeLeo brothers’ supersonic bubble-grunge riffs and Eric Kretz’s big, dumb drumming. But the guy is a pretty great rock singer (not many people can sell icky gibberish like “And I feel when the dogs begin to smell her”). And, all things considered, Weiland isn’t only the least replaceable guy in either of his bands; he’s arguably one of the least replaceable guys in any band right now. This has less to do with Weiland than the current state of our “front man for hire” economy.

In the ’70s and ’80s, there was a surplus of qualified singers who could step in to bands after the original front man left or was fired: Ronnie James Dio, David Coverdale, Sammy Hagar, and Ian Gillan were among the best of the rock-and-roll temps. For a time, it was possible for your band to actually thrive in the wake of a front man departure, so long as you had a suitably famous and talented replacement waiting in the wings. But as the stand-alone, non-instrumentalist lead singer has become underutilized in rock, the number of prospective employees who can command an audience with nothing but a microphone stand and a couple lines of stage patter is down to almost nil.

Let’s say you’re a superstar group of fortysomething rockers and you’ve just fired your singer. Who can you hire to replace him? Chris Cornell? He’s back with Soundgarden. Myles Kennedy? He’s doing a surprisingly decent Axl impression in Slash’s solo band. Maynard James Keenan of Tool? Not a bad choice, though he’s not really the “for hire” type. We’re only three candidates in and already we’re venturing into Scott Stapp and Fred Durst territory. Weiland exited Velvet Revolver way back in 2008, and that band still hasn’t found a new singer. In the “front man for hire” economy, it’s all demand and no supply at the moment.

Weiland’s latest firing is especially ill-timed, considering the STP brand has reached maximum nostalgia value. Weiland understands this: He’s just launched a tour that will be devoted almost entirely to songs from 1992’s Core and ’94’s Purple, STP’s best-selling and radio-friendliest albums. If you’re the sort of person who still enjoys critically disreputable grunge-rock ear candy — and, admittedly, that sort of person is me — would you rather pay $30 to hear Weiland sing “Unglued” with a bunch of faceless studio hacks or some hired-off-the-street John Corabi–style MFer with the three other STP guys?

Several years ago, I theorized that Weiland started shooting heroin in the period between Core and Purple because he was that desperate for alt-rock cred at the height of the Cobain era. I realize this theory is probably misguided, but it speaks to how Weiland has been perceived for most of his career — as a lesser version of the genuine article. Back when Purple was selling more copies than In Utero, Weiland was dismissed as a craven Eddie Vedder impersonator. When Weiland joined up with Slash and Duff and Matt Sorum in Velvet Revolver, he was regarded as an Axl Rose wannabe. Weiland has fronted two platinum-selling bands, but he’s always been the man who wasn’t there. It’s been his drug use and acting out that’s defined him more than his music.

That is, until now. Weiland has somehow aged into importance. Now he’s the genuine article. Honestly, I’d be surprised if he wasn’t back with STP and Velvet Revolver — and maybe a few other bands. Because he survived, Weiland endures as one of the last of the shirtless, mic-swinging Mohicans.

Filed Under: The Replacements

See all The Replacements