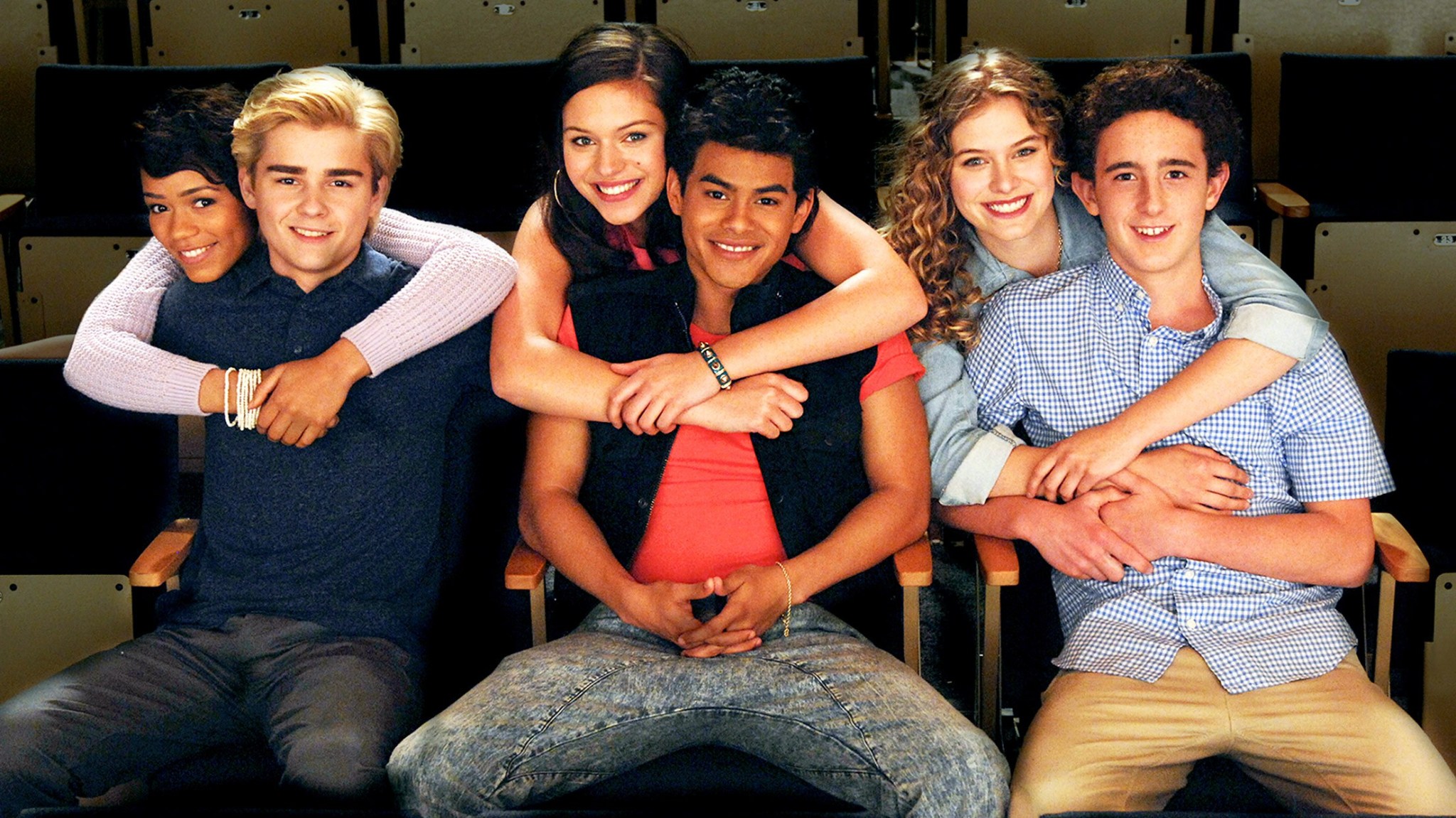 Do not watch this clip. Seriously. Do NOT click on the word “clip” that will take you to a clip.

If you didn’t listen, just know that I attempted to give you the warning I did not have. But now that you’ve seen it, you understand why I tried to help you. And what you have probably just realized: There’s no turning back. You can’t unsee the terror that Lifetime has created, The Unauthorized Saved by the Bell Story.

Buzzfeed has given the Internet an exclusive 2:33 clip of this nostalgic viral strain, set to air on September 1.

I don’t know if you gathered it from the clip, but apparently what Lifetime is trying to sell is that there was drama.

In case that’s at all confusing: 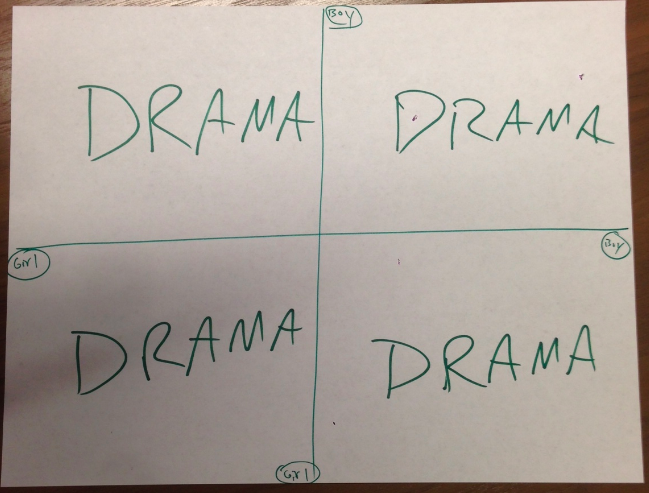 And no, I’m not trying to somehow say that boys are positive and girls are negative. I promise. 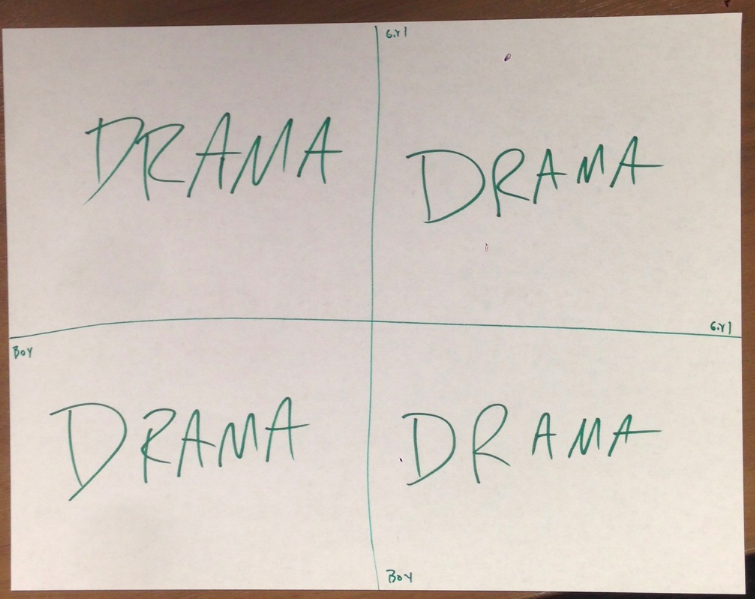 This movie is going to be about drama.

They try to make you think this is cool by starting off with “Poison” by Bell Biv Devoe. But not even that smooth “Girl I must warn youuuuuuu” can save this.

It looks like the 1080p version of Middle School X putting on a three-day run of Saved by the Bell. The hair and outfits all look freshly dusted off from prop closets. Dumb prop closets. Prop closets from schools with poor funding. Schools that did not VH1 Save the Music. 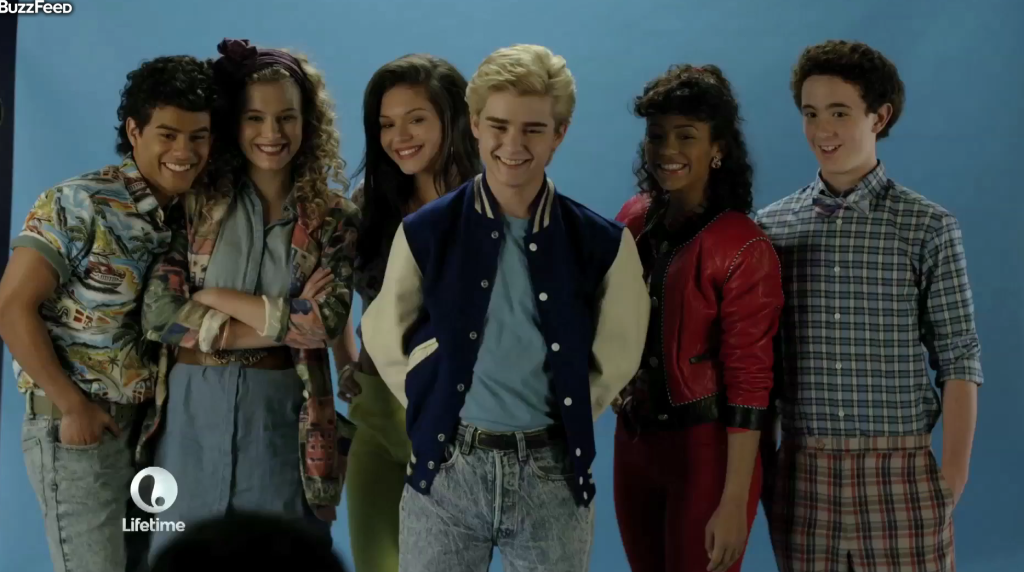 Actually, calling it a middle school version of Saved by the Bell is too much of a compliment. This is what it stinks of.

DAD: Oh, slugger. I hoped one day we’d have this talk. Come with me.

[BLONDE BOY AND DAD GO TO ATTIC. IN ATTIC, A CLEAR BIN LABELED “THE GOOD OLD DAYS.” IN IT, CLOTHES.]

DAD: These, son, are jeans. I know you know what jeans are, but these are special. Because they’re acid-washed jeans.

BLONDE BOY: But what does it mean, Pops?

DAD: It was a style, as well as a way of getting them faded or distressed, almost white at some points. Imagine throwing handfuls of mayonnaise at your current jeans. Kind of like that.

DAD: Of course. You’re going to be a star tonight. Your diverse, oft-bickering friend group won’t know what to do. Also, the tanned boy is not to be trusted and you must defend the scrawny one, for he cannot compete with the tanned one. As for the dark girl, she likes you but you cannot reciprocate. You must go for the brunette with the big hair, for she is your queen to be. There will be a third girl. She is there only to balance out the number. Now go. Go, son. Make Papa proud.

I hope Lifetime stops ruining things that I care about (see: The Gabby Douglas Story). I hope this film goes one-third Paula. I hope a random rerun of Saved by the Bell gets better ratings that night. I hope a Mario Lopez tweet gets more buzz than this movie. I hope Obama sends everyone involved to prison.

Filed Under: TV, saved by the bell, Lifetime