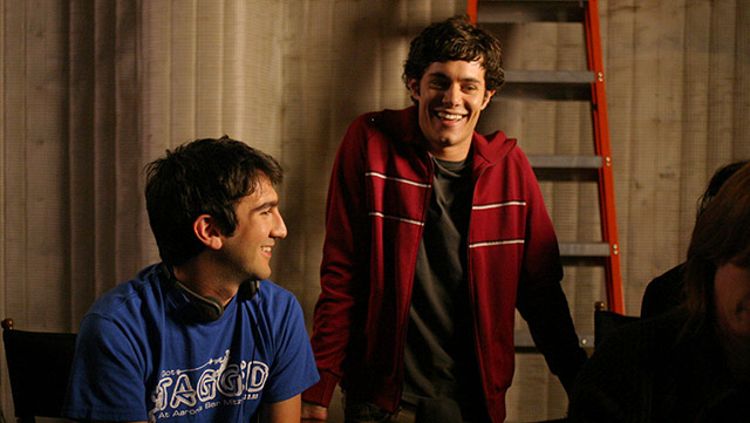 On the 10th anniversary of The O.C., I didn’t have anything new to say because I had already written far too much about this show. Welcome to the SG archives, bitch.

• In 2004, I wrote about the end of Friends and the end of Season 1 of The O.C. You might enjoy the reread if only for this section: “The key to everything was the guy who plays Seth — Adam Brody — probably the best young actor on TV and someone who reminds many people of a young Tom Hanks (not Serious Tom Hanks, but the guy from Splash, Bachelor Party and Turner & Hooch). Whether The O.C. becomes Brody’s Bosom Buddies remains to be seen, but he’s the franchise here.” Whoops.

• During the peak of The O.C.’s second season, I spent 2,000 words breaking down a mailbag question about 90210 vs. The O.C.. Don’t worry, this wasn’t even one of the top two most premature mailbag breakdowns I’ve ever done: Larry Legend vs. Big Papi and the ’86 Celts vs. the 2007 Pats are still worse.

• Before the podcast format was created, I used to write back-and-forth exchanges as interviews with people I liked and called them “Curious Guy.” Here’s a long one with The O.C.’s creator, Josh Schwartz.

Not listed: a 2005 mailbag that included a section wrapping up Season 2 and this prediction about Olivia Wilde: “I will bet anyone $100 that she’s a bigger star than Mischa Barton five years from now.” I think this makes up for the Hanks/Brody thing! You’re right, maybe not.

Rembert Explains America: Detroit vs. Everybody