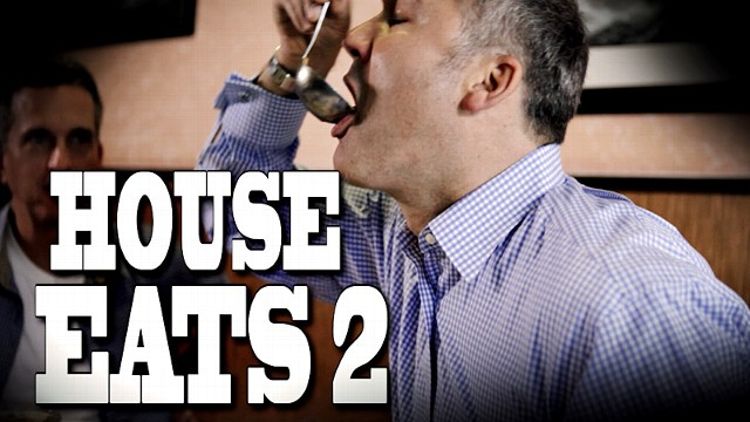 Joe House and I became friends for two reasons: eating and basketball. When we went to school together at the College of the Holy Cross, we would play pickup hoops for three hours and then drive to any local Worcester restaurant that served as much food as possible for as little money as possible. House would order four entrées and subsequently annihilate them as I said to myself, “I shouldn’t be the only one enjoying this performance … someday, I hope they create a platform that allows us to videotape these eating binges and share the tape with random strangers so everyone around the world can watch Joe House eat.”

Little did I know that, all these years later, my wish would come true. God created the Internet and YouTube. We took care of the rest. If you missed Episode 1 of “House Eats,” we unleashed House on a diner in the California desert. For Episode 2, we unleashed him on the most delicious Chinese restaurant in Chinatown, Southern California, the United States and probably the world: the legendary Yang Chow. I never wanted to tell anyone about Yang Chow because I never wanted anyone to know about their slippery shrimp, if only because I never want to wait on line to eat it. But sometimes, you have to make sacrifices for the greater good. House, meet Yang Chow.