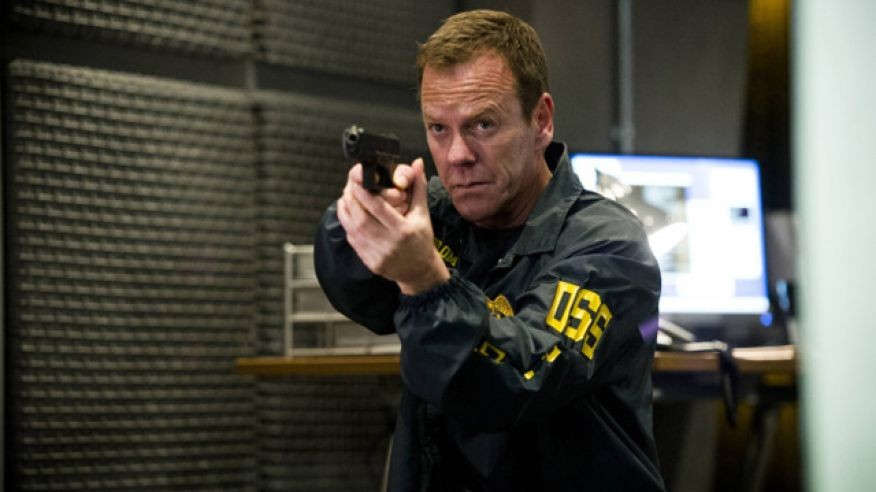 Lil’ Bauer begins the hour with the ever-important flight key, the only thing that’ll prove Lieutenant Tanner’s innocence and that, of course, Jack is telling the truth. Bauer’s currently in custody, so Kate has to get this information uploaded. Luckily she’s in direct communication with Chloe, so this seems possible quite soon. When a completely out-of-the-loop Agent Ritter catches up to Kate, he expresses how crazy this all is. And Kate tells him it’s about to get crazier by flashing him the flight key and telling him they have to get the data to Chloe. He’s confused, mainly because he’s not a Bauer. 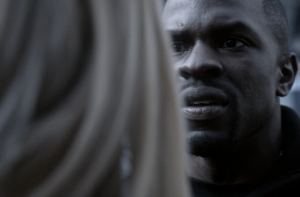 Kate doesn’t have time for this confusion, and he can sense there’s nothing that can be done to stop her, so he gets in the car.

After Kate and Chloe resume the flight key upload, we see Simone, fresh from having her finger malleted off. She looks to still be in pain and/or is a very sad Chucky doll. 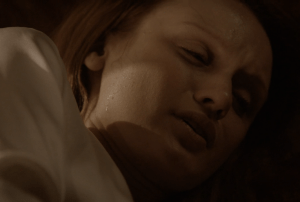 As she has her hand wrapped up, her evil mother comforts her. You know, the mother who told the goons to chop her finger off. We get a little more Terror Mom after she leaves Simone, intimidating Naveed, along with some weird terror looks from Simone’s sketchy brother. But that pales in comparison to what happens next, a true triumph in this mistake-filled season.

For once, all of the good guys came through and executed a plan, without any glitches. Kate got the data to Chloe, Chloe let her snake boyfriend hacker cell leader Adrian look at it, he actually found the override code and didn’t sabotage it, Kate then got in contact with Benny Bratts, and Benny Bratts actually listened to Kate.

It was the stopping-terror equivalent of exceptional ball movement in a basketball game. I’m just so proud of everyone involved. But beyond the execution, it’s proof that Margot Al-Harazi hijacked the drones, that there’s going to be another attack, and most importantly that JACK BAUER WAS RIGHT. 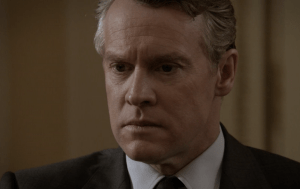 It almost brings a tear to my eye, he’s so wonderfully pouty. It screams “Aw shucks, Bauer’s about to steal my girl, isn’t he.”

YES HE IS, MARK. MIGHT WANNA START LOOKING FOR SOME TEMPORARY AIRBNBs, BRUH BRUH.

Back at Margot’s Terror Camp and while attempting to launch the attack, they realize something’s up. That the drones are changing course. So in an attempt to salvage the evil mission, they scramble to get control of what they can, eventually ending up with six of their planned 10 drones. Heller and staff see it all take place, horrified that they have suddenly lost contact with their own drones. Which means our own drones are about to be used against us. And, to further the backfire, they’re the most technologically advanced things ever created. Which is a perfect time for President Heller to administer some topical drone social commentary:

“So what you’re telling me is that we’ve created an aircraft that can’t be detected, even by us.”

Yes, President Barack Heller. Yes. We did that.

The president wants to talk to Bauer. Because that’s what you do once you betray him and then find out he was right. Mark, in an attempt to get back on the president’s good side, has already scheduled that he be brought to the president. Which means that, in minutes, Audrey’s probably going to see Jack. Audrey, how are you feeling about this? 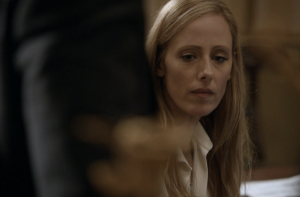 I know, I get it. You’re with the wrong dude. Everyone knows that. But Lord Bauer’s coming for you, girl. Just sit tight.

Mark, continuing to play the “I messed up” pity card, uses it on Audrey, saying that he shouldn’t have let his personal feelings on Bauer cloud his judgment. Of course he doesn’t believe this, but he’s only moments away from losing his wife to Jackson Bauer. Audrey responds, telling him that her father needs him more than ever. Not Audrey, but her father. Basically, in a matter of seconds, Mark was firmly placed in the political friend zone. And Mark knows it. 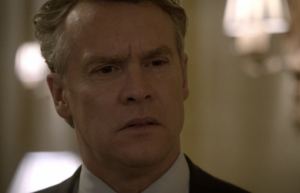 “Damn, homie, in Episode 3 you was the man, homie” 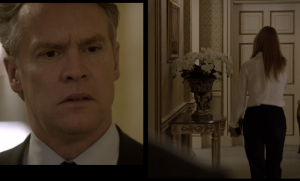 Marry no Wanksta, Audrey. Under no circumstances.

Back to CIA London: Benny Bratts alerts Kate that he has to take her off the case. Because her day-saving “sneak through vent and secure Bauer before Marines kill Bauer” moves got reported. And as much as Benny Bratts tried, they’re not hearing it. Which means she really is Lil’ Bauer. Which hopefully is a sign that, in true Bauer family form, she’ll be collecting leads on her own, ultimately saving Big Bauer and everyone else, even though she’ll probably be arrested or shipped away to the Chinese by the end of the day.

So Kate walks off, but then a video surfaces of Margot in full Terror Mom mode, explaining why she’s so ticked off. She reveals what Jack told us hours ago, that she believes Heller is responsible for the raid that killed her husband, as well as six children. 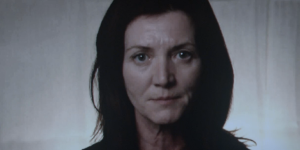 And then she gets super real, even more so than chopping off her daughter’s finger (on the “real” scale, a 9.7).

“Unless President Heller surrenders himself to me in three hours at the place of my choosing, thousands of people in London will die in his stead.” 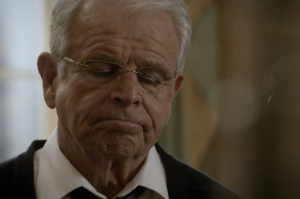 Because I know what he’s thinking. “Really … again?”

The tape of the bombing that killed Margot’s husband is shown to Heller, as is footage of Margot crawling away from the wreckage and the dead children. So she was telling the truth. Heller is furious that he was left in the dark about this. Furious at Mark. Mark fights back, saying he was protecting him, but Heller’s really not a fan of being left in the dark, especially since children were killed and now there’s a bounty on his head. Basically, Mark’s the worst, the end, throw away the key.

But enough with Mark. Because look who it is. 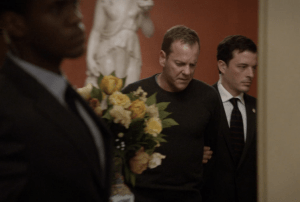 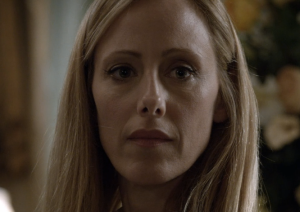 THERE HE IS, MY KING 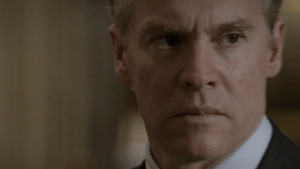 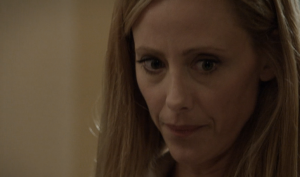 Heller heads down the hall to see Jack, which gives us — finally — the classic in-person encounter between a president of the United States and Jack Bauer. 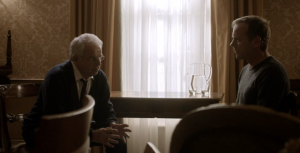 What a tradition. A president not fully apologizing, his shame implied, ultimately needing Jack’s help. Bauer gives Heller some information about an arms dealer that knows Margot, and Heller wants to know more. But Jack wants to go in and get it himself. Heller isn’t playing that game, mainly because the Russians would defecate Stolichnaya if they knew Jack was playing for Team America. They go back and forth, and then Jack ends the banter:

“YOU WANNA CAPTURE MARGOT AL-HARAZI, YOU’RE GONNA HAVE TO DO IT MY WAY”

We return to Margot’s Haunted House and there wasn’t much to discuss, that is until Naveed went to visit his nine-fingered wife and alerted her that he made the Margot-Heller video traceable. And that the authorities will probably find them. And that he has hidden evidence that will clear their name — his and Simone’s.

Again, Simone gives a look that either suggests, “Wow, you really do love me” or “I am so going to tell Mommy, the mommy that got one of my fingers chopped off, and then you’re going to die or they’re going to cut off my nose.” 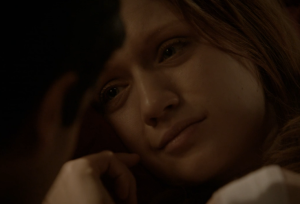 And just like that, CIA London has the location. Atta boy, Naveed. 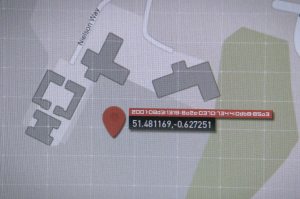 BUT WHO CARES ABOUT THE TERROR. BECAUSE THIS JUST HAPPENED. 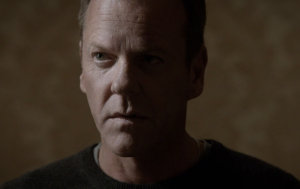 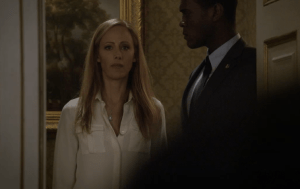 It’s like when Simba returned to Pride Rock, after all those years with Timon and Pumbaa. You know, that first moment, when Nala’s all “Who are you?” and Simba’s all “Simba.” 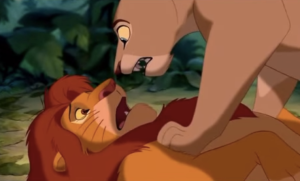 Which, while not a perfect parallel, works well enough for us to refer to Audrey’s husband as Scar Boudreau from here on out.

After Audrey nervously updates Jack on the new lead, it gets instantly tearful. Because they love each other so. Audrey says she doesn’t know where to begin, Jack says “Me neither,” and then follows it up with the line I’ve been waiting for all month:

“I hear you’re married. Are you happy?” 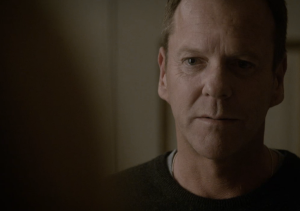 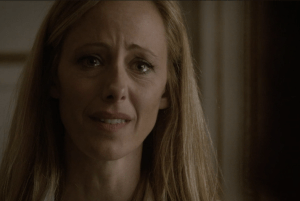 Of course she doesn’t respond, because she has completely forgotten that she’s married, choosing rather to break down, telling him she should have defended him more. And then this, which is completely reasonable to get misty-eyed over: 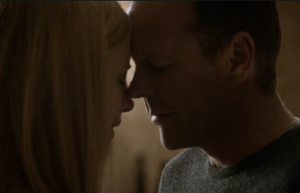 I swear, Scar Boudreau, if you walk in that room right now and ruin this I’ll hate you even more than you ever imagined hating someone. 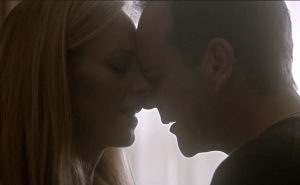 But Jack knows that Audrey needs to get out of there, no matter how good this feels. So he tells her to leave. And she leaves.

Heller updates the prime minister that it’s about to rain drone fire and drone brimstone, and then we shoot over to Margot’s crib. We see Naveed, looking at his watch, waiting for the authorities to arrive. Which is awkward when Margot walks in and says, “They’re not coming, Naveed.” 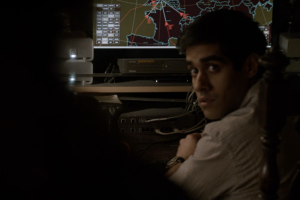 It’s the first thing I’m forced to agree with Margot on. It’s just the unavoidable truth. How’d they find out? Not Simone this time, but the creepy brother. Naveed tries to counter by alerting them that they need him to fly the drones, but not this time, Naveed. Apparently the brother has also been studying Naveed’s every move. So suddenly, Naveed is no longer needed. Which means Naveed is so not going to be alive in about eight minutes. But in the larger scheme of things, this also means the location CIA London is headed toward isn’t right. As in it’s probably a trap.

Margot confirms this, saying the CIA should be arriving at the other house in five minutes. And that “no one should get out alive.” From the looks of it, Little Brother Terror is going to get his drone-strike feet wet by test running on the house. Which isn’t good for CIA London, especially Benny Bratts and Ritter, who are leading the charge.

Before the ill-fated swarm of the wrong house begins, Chloe tells Adrian and the rest that she’s staying behind to help Kate figure out what’s going on. But it looks as if it might be too late.

It’s all very reminiscent of Jeff Daniels going to the wrong house in Speed. Which means I’m pretty bummed they’re about to die, despite my feelings on the subpar professional skills of Ritter and Benny Bratts. That is, unless Chloe can figure everything out in under two minutes.

She tells Kate that they’re walking into a trap and Kate tells Benny Bratts to get out of there, but it’s around the same time this guy gets ready to attack.

And then it attacks.

It’s unclear who’s left. Also, it’s clear Brother Terror knows how to fly a drone and hit his target. Which officially is the end of Naveed. Pleading for his life, he says that Simone wouldn’t want this. And then Simone walks downstairs. 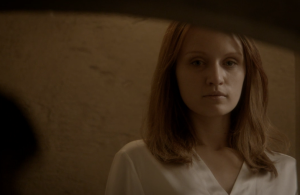 And she stands there as Margot shoots Naveed in the head. Apparently I’m not the only one who struggled to read Simone.