‘12 Monkeys’ Plus One More: Syfy’s Surprisingly Great Reinvention of a Terry Gilliam Classic 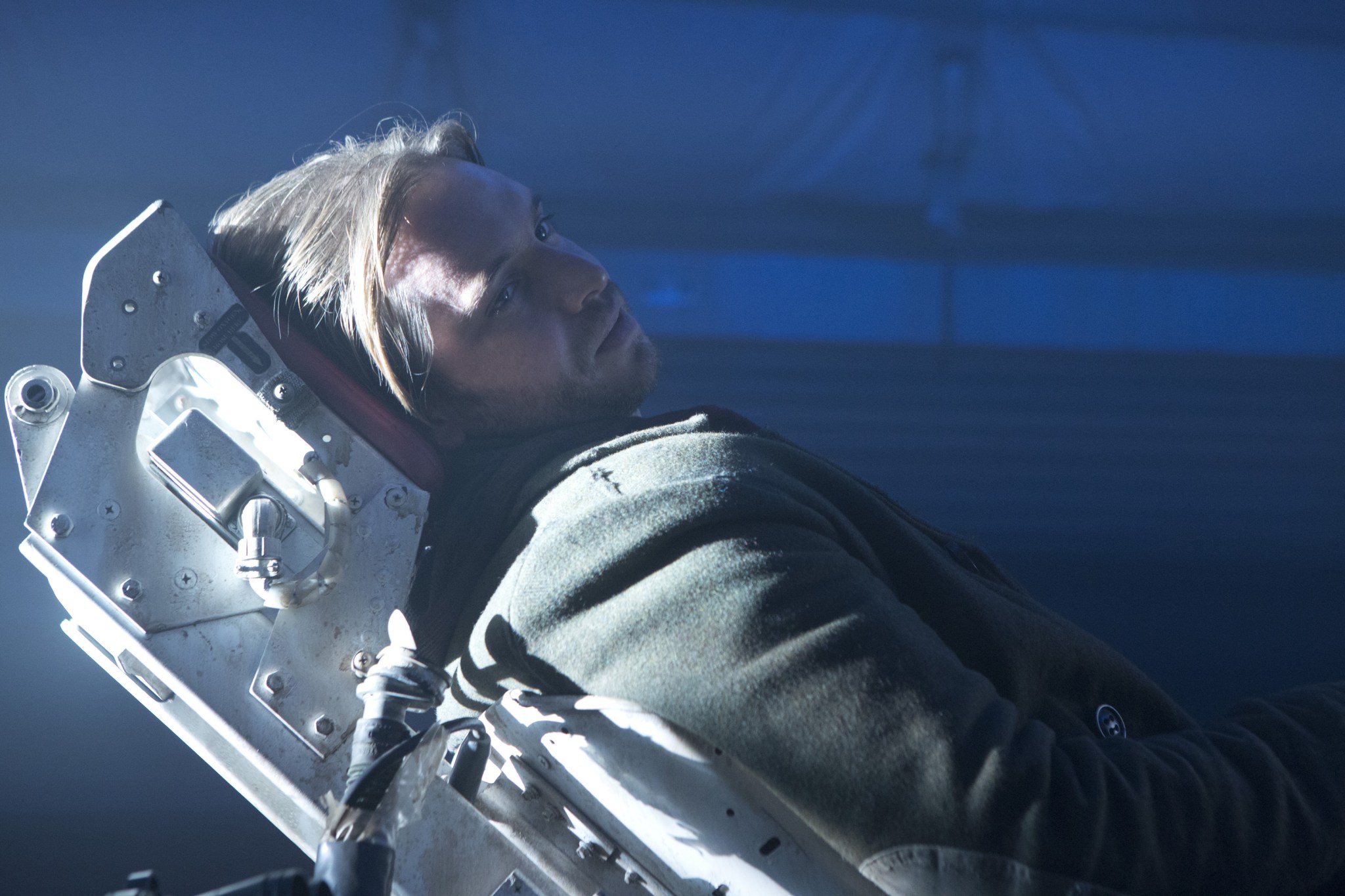 It figured when I tracked down Travis Fickett that I would find him in a trash-strewn hellscape. I refer to the drive-through lane at an L.A.-area Burger King, where the cocreator of the new Syfy series 12 Monkeys was picking up sustenance last week during a break from editing the show’s Season 1 finale. I phoned in search of answers after bingeing on the first seven episodes, which begin airing Friday.

When it was announced that Syfy was adapting Terry Gilliam’s 20-year-old dystopian classic (based on Chris Marker’s pioneering 1962 short film La Jetée), skeptics scratched their heads. 12 Monkeys does not seem like a natural jump-off point for a TV show. The combination of David and Janet Peoples’s intricately plotted screenplay and Gilliam’s skewed but steady direction made the film version of 12 Monkeys a closed loop. Adding to or subtracting from it seems not only unnecessary, but also untenable. It is a time-travel story based on the premise that fate cannot be changed, diffusing the possibility of weekly Quantum Leap–style adventures. And the story has the most definitive of downer endings: The hero, James Cole (played by Bruce Willis), dies. Even the mysterious group referenced in the title is revealed to be a red herring, a false marker on a road to nowhere.

Gilliam’s film is a complete package. Fickett, along with fellow creator Terry Matalas and showrunner Natalie Chaidez, appeared to be mired in an artistic predicament not unlike what Cole faces in 12 Monkeys. They were trying to change what seemed to be unchangeable. Failure could only be predestined.

But what if failure isn’t predestined? Fickett loved 12 Monkeys, but he didn’t see how it could be a TV show, either. He and Matalas wrote a time-travel spec script that Richard Suckle, a production executive on the 1995 film, believed could realize his own long-held ambition to turn 12 Monkeys into a series. Fickett and Matalas were reluctant for a variety of reasons, but they signed on based on two conditions: (1) It couldn’t be a show about whether the protagonist is crazy, “because the answer is either yes or no, and neither of those after five seasons is going to be satisfying,” Fickett said; and (2) time couldn’t be a fixed entity, “because, to me, one of the fun things about time travel is the butterfly effect and seeing the alternate pathways.”

The TV version of 12 Monkeys deviates from the film in other instantly recognizable ways. Instead of going with a Willis clone — Dean Norris would’ve been a no-brainer — Cole is played by the scrawnier, scrappier, and somewhat prettier Aaron Stanford, a veteran of the CW series Nikita, on which Fickett and Matalas cut their teeth as writers. (12 Monkeys is the first show they’ve created.) To get around inevitable comparisons to Brad Pitt’s iconic, spazzy performance as Willis’s mentally ill sidekick/antagonist, that character was changed from a Jeffrey to a Jennifer. (“It was almost a joke,” Fickett said. “And then it seemed so perfect.”) And as the show’s villain, Tom Noonan gives 12 Monkeys a dose of singularly creepy Tom Noonan–ness. 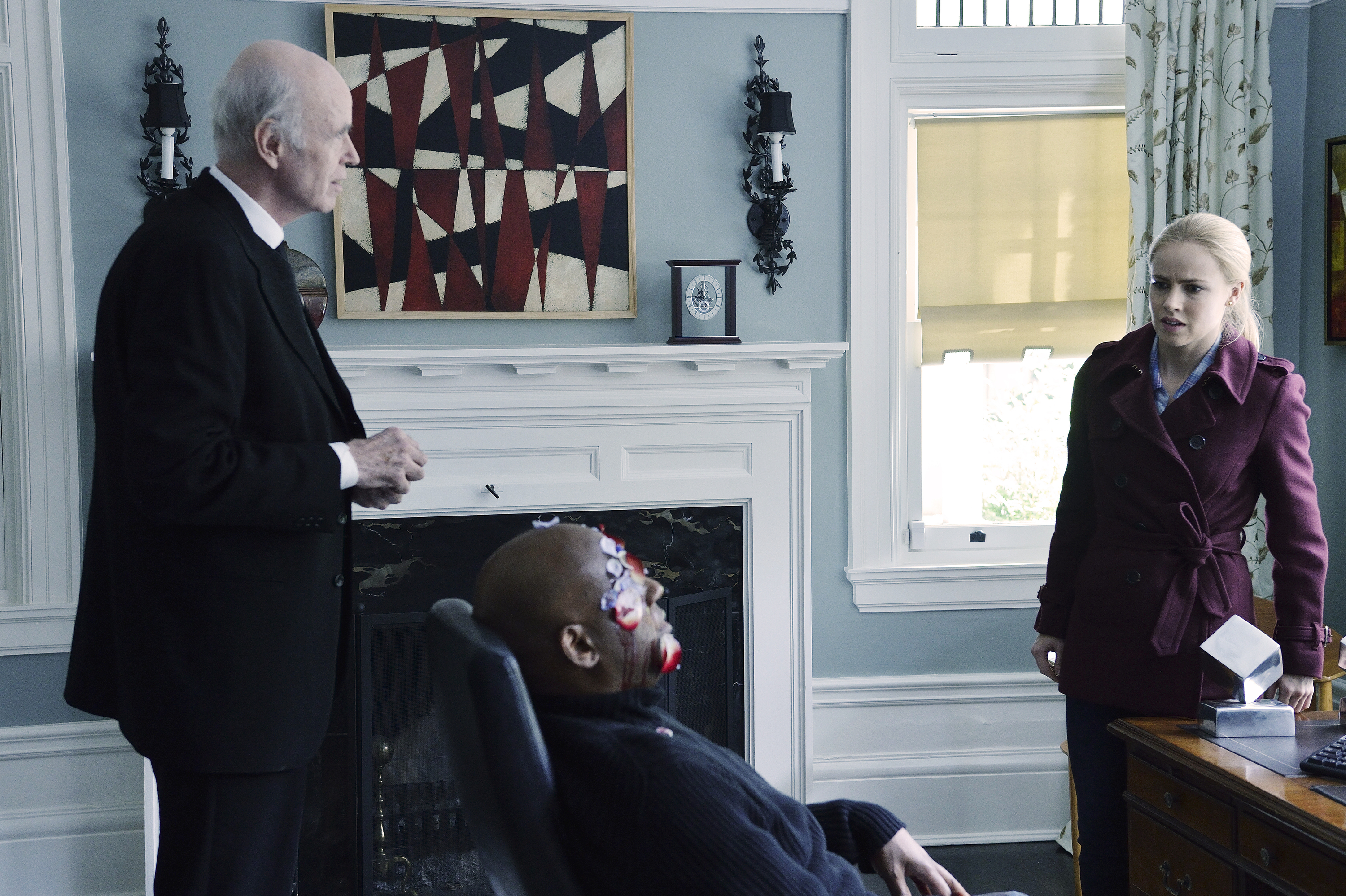 But the treatment of time is the key point of separation between the film and the TV show. As a film, 12 Monkeys was fatalistic; as a TV show, it is dynamic. After a quick nod to the movie — the pilot opens with a reprise of Otis Redding’s “These Arms of Mine” — 12 Monkeys sets about establishing a reality in which the past, present, and future are in a constant state of flux. The “present” in this case is 2043, where Cole is the latest in a succession of time travelers venturing through time to prevent the onslaught of a plague that wipes out most of the world’s population. In 2013, he encounters a virologist, Cassandra Railly (played by Amanda Schull, a bookish Jennie Garth type), who will help him track down the virus in two years’ time. (Time travel is not an exact science on 12 Monkeys; Cole was supposed to be sent to 2015.)

The theory is that as soon as the virus that causes the plague is neutralized, the version of Cole sent from the post-disaster version of 2043 will instantly disappear, along with everything else from that iteration of the future (or “present,” depending on your point of view).

If you already feel a slight pounding in your skull, good luck. After doing the required expositional legwork in the first two episodes, 12 Monkeys takes a machete to the space-time continuum, jumping freely between years and timelines. A character who is shot in one year feels the wound in a whole other year. A character whose death creates an entirely new reality must be brought back to life to preclude the existence of a more destructive timeline. Whenever Cole travels (or “splinters,” in the parlance of 12 Monkeys), he must consciously avoid other versions of himself, which proves difficult because he gets around. In just the first half of the first season, he is spread across the globe in far-flung places like Philadelphia, Haiti, North Korea, and Chechnya. 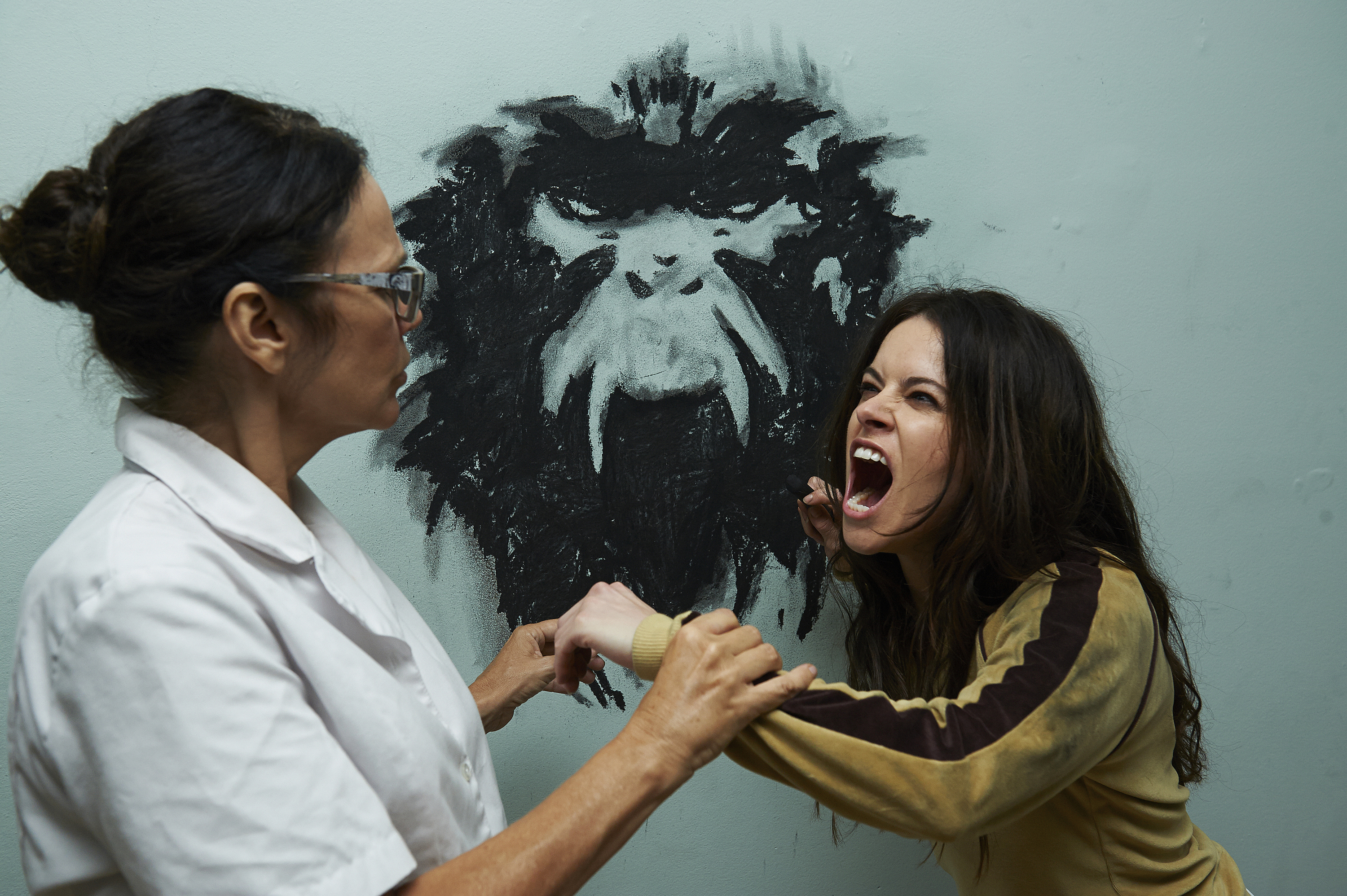 Because Fickett and his partners are sure-handed storytellers, none of this is confusing, exactly. But it’s also not not confusing. At heart, 12 Monkeys is an action-oriented genre show. There are echoes of other mass-appeal programs of this sort — the battle scenes set in 2043 between the scientists sending Cole through time and a predatory militia of faceless toughs recall The Walking Dead; allusions to a grand conspiracy causing the plague (signified by enigmatic puzzle pieces with names like “The Night Room” and “The Red Forest”) are reminiscent of Lost; and Cole does in fact have weekly adventures in different eras, not unlike Scott Bakula in Quantum Leap. This show will ultimately succeed or fail based on its ability to operate in multiple realities. For now, however, I’m hooked.

This brings me to my second question: How?

“It’s actually not that difficult,” Fickett said of keeping track of all the different timelines. “The difficulty is making it not difficult for everybody else. We do have a dry-erase board. It requires a lot of caffeine, which I’m about to get more of right now.”

One more question: Why adapt 12 Monkeys as a TV show, rather than just make a wholly original postapocalyptic time-travel TV series? Well, for one, it broadens the appeal. Syfy already has plenty of apocalypse-themed shows, including the miniseries Ascension and Helix, which will begin its second season Friday, after 12 Monkeys debuts. (Fickett had a good answer when I asked why the apocalypse has become such a popular narrative device: “Cell phones have ruined drama,” he said. “We just keep coming up with ways to get cell phones out of the story.”)

As a brand name, 12 Monkeys has to reach beyond Syfy’s core constituency. That’s what the network is banking on, anyway. (“I do think 12 Monkeys can cross over to a broader audience, and satisfy our current fan base as well,” Bill McGoldrick, Syfy’s executive vice-present of original content, told me in an email.) The franchise tag lends 12 Monkeys a whiff of that ever-precious yet intangible attribute in television circles: prestige. Given the recent critical success of Fargo — or Battlestar Galactica, to cite a more genre-appropriate example — giving a beloved property a novel or “modern” spin can be a shortcut to “must-watch” credibility with viewers and critics.

Fickett understands all of that, though he still seemed to feel a measure of dismay over his and Matalas’s idea being folded into 12 Monkeys.

“I am frustrated by the fact that it seems like you always have to develop a [franchise] now, that you have to use a [franchise] to sell an idea,” he said. “Everybody’s afraid of anything new. But I also don’t have $40 million to go and spend on my own show.”

If the name 12 Monkeys gets viewers to tune in, fantastic. But what truly interests Fickett, Matalas, and Chaidez is exploring the time-travel rulebook. Fickett knows the rules and from where they derive backward and forward, from Doctor Who to Back to the Future to Looper. He pitches 12 Monkeys as a kind of gritty origin story for this fantastical technology, The Right Stuff for time travel, with Cole going on missions that might end up killing him (watch and find out!) before the science is fully worked out.

“It’s the Apollo project for time travel,” he said. “It is a trial-and-error process. If you’re sending someone to the moon, [it] is obviously difficult and you have to take into account escape velocity and all those kinds of things. But here we’re talking about a fourth dimension. You’re talking about time, and you’re using a machine that is part found technology, part jerry-rigged, part fairy dust.”

The 12 Monkeys brain trust has already worked out an outline for the first three seasons, which seems ambitious for an untested basic-cable drama on a semi-respectable network. (Syfy might as well be “the Sharknado channel” as far as many drive-by viewers are concerned.) But the homework is required from the jump in order to fully explore a multidimensional universe, or else you “lose the opportunity to set up some of that stuff and pay it off later,” Fickett said.

As for those skeptics struggling to get onboard with 12 Monkeys as a TV show, Fickett both feels and pleads for empathy.

“[With Fargo], I was like, ‘Why the hell would they make that into a TV show?’ And then I watched the TV show and I said, ‘Oh, I get it. Because it’s freaking good.’”

Swerve and Protect: Wanting More From ‘Blackhat,’ ‘Taken 3,’ and ‘The Wedding Ringer’