M.I.A. and the Impossibility of Selling Out 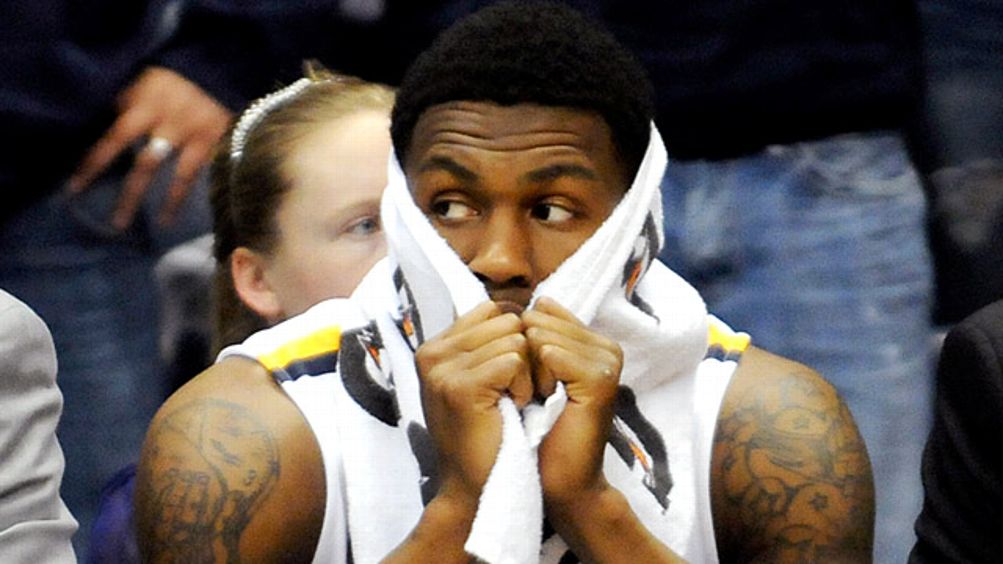 Murray, Ky. — You run up Route 641 to get here from Paris in Tennessee, because that is the closest place to Murray where there are any hotel rooms. You run past the browned fields, hawks, and vultures riding the thermals at different levels, and you run past the ponds, as still as Sunday morning. You go through Camden, where Patsy Cline’s airplane went down, and all the little farm roads off the highway seem to lead to churches, many of them the least common denominations. One of them, two miles up the road, calls itself The Church of the Living God of the Holiness of Holiness, which certainly ought to narrow things down. The way you know you’ve passed from Tennessee into Kentucky is that all the liquor stores and roadhouses seem to have disappeared.

There used to be another way to get to Murray, across a bridge that spanned Kentucky Lake from the east. But not long ago, somebody tried to fit a five-story barge full of NASA rocket parts under a four-story section of the bridge, and wedged it and the rocket parts there beyond retrieval. In other words, you have to want to get to Murray to watch the Racers play. If you don’t really want to, you can’t get there from here.

For over three months, and for 24 basketball games, people really wanted to get here. Murray State was the last undefeated men’s team in Division I. The Racers won the Great Alaska Shootout in November and then largely laid waste to the Ohio Valley Conference. Their rookie coach, Steve Prohm, had started his career with one of the longest undefeated streaks by a first-year coach in the history of college basketball. (The record is 33 in a row, held by Bill Hodges, whose first year at Indiana State found him gifted with Larry Bird, so there was that. Hodges, it should be noted, was an assistant at Murray State at the end of his career.) By the beginning of last week, the College GameDay crew had shown up, shooting B-roll and doing interviews. The Racers were becoming a story worth dodging the dairy trucks for.

This is where the energy of the men’s tournament comes from. This is where the momentum builds. It doesn’t come from the brand names, most of whom have locked up their slots sometime in August. Once the Super Bowl is over and done, places like Murray are the source of the anticipation that builds and breaks, over and over again, through the ludicrous fundraisers that are the conference tournaments, and over the four clumsily trademarked weekends of the tournament. An undefeated Murray State team would have been one of this year’s tournament’s great hunch plays, and probably its best story, and all of that was just beginning to build up along Route 641.

And then they lost.

Last Thursday night, Tennessee State came into the CFSB Center and beat the Racers, 72-68. Murray had several chances at the end to win, but answered three late TSU turnovers with three of their own. Suddenly, the Racers were not unique anymore. They were a 24-1 team in a second-level league. The B-roll never ran.

On Friday, Prohm and the Racers returned to practice unsure of their identity. They no longer were Undefeated Murray State. There was an edge of uncertainty to them. They didn’t know how they would react to the loss. They had even less of an idea about how they would react when they took the floor for their next game, on Saturday night, against archrival Austin Peay. Prohm scrimmaged his team hard on Friday. He ran them through all the rebounding and defensive drills in his syllabus. But he still wasn’t sure. It was like a new season would begin on Saturday night. They were introducing themselves to each other again.

“It was like everybody was standing around, trying to see how we’d respond after that first loss,” explained senior guard Donte Poole. “All I wanted to do was make sure we got a good lead and didn’t put it in the ref’s hands at the end of the game.

“We had two good days of practice. We learned what can happen if you have one slipup. I never want to have that feeling again.”

The Racers were uncertain in their passes and tentative on the offensive boards, and altogether as passive as though it were the first day of practice. Austin Peay was able to defend them far too easily, and the game quickly turned into a morass. (This was not helped by some preposterous strict-constructionist officiating by the OVC crew, who ultimately would call 45 fouls on both teams and almost had a brawl break out anyway.) The game was locked at 5-5 for what seemed like half an hour. At that point, a junior named Isaiah Canaan — which is pronounced “Cannon,” like the thing that shoots, and not like the biblical promised land, and make of all that what you will — got fed up with all the standing around and simply went off.

Being undefeated is a state of mind … there always is an underlying insecurity that grows worse with every win.

He hit a 3-pointer from the top of the key. Then, off an inbound play, he came waterbugging off a screen, squared up, and hit from about 25 feet, getting fouled in the process. His four-point play got his team out of the mud. In the next several possessions, Canaan scored seven more points and got an assist off a steal. The game broke open, the only interruption coming with 19 seconds left in the half, when Racer forward Latreze Mushatt and APSU’s Herdie Lawrence collided, which prompted a flexing contest in which Prohm somehow got involved. The referees consulted — the Supreme Court decided Roe v. Wade in less time — and, when the technicals got parceled out, Murray led by seven at halftime and cruised to the win, 82-63. They have now won one game in a row.

Being undefeated is a state of mind. The best way to go about it is either to subscribe to the Belichickian worldview of playing things one game at a time, or to become lordly about the whole business and hope you can beat teams before they take the floor. But there always is an underlying insecurity that grows worse with every win. The spotlight gets brighter and hotter. You have the job of protecting something precious, as well as the job of merely winning basketball games. Tell somebody they have to carry a jar of jelly across a marble floor, and they’ll do it dancing. Tell them they have to do the same thing with a $20 million Ming vase, and watch them sweat from their fingertips.

There are college basketball fans of a certain generation — OK, it’s mine — who grew up watching the game when it was an immutable physical law that UCLA simply did not lose. They won the NCAA championship every year. They beat teams long before the ball went up for the first tip. There was the Alcindor Dynasty, and then the Wicks-Rowe Interregnum, and then the Walton Dynasty, when the Bruins won 88 games in a row. I still remember being in the Gym Bar in Milwaukee on a snowy afternoon in 1974, when Notre Dame finally beat them, and feeling that something in the great tectonic plates underlying the sport had shifted. (Maybe it was the schnapps.) Two months later, I watched them blow an 11-point lead in regulation and a seven-point lead in overtime to lose to North Carolina State, UCLA’s first tournament loss in eight years. They’d dropped what was precious, and they played like just another really good basketball team that had David Thompson dancing on its head.

In 1976, Indiana won every game, defeating along the way the best team Al McGuire ever had at Marquette and the best Alabama team that ever took the floor. On their way to the title, the Hoosiers defeated nos. 2, 5, 7, and 9 — something that is unlikely ever to happen again, now that the tournament is seeded. Fifteen years later, UNLV almost got there, but the Rebels got fairly well rogered for most of the game against Duke in the Final Four and, at the end, when they had a chance to win, they’d forgotten how. Being undefeated is an illusion, more fragile than most.

“It was a great experience, especially for this school,” Canaan recalled. “We rode it out as best we could, and we got a lead chip off our shoulders. Now we can go out and play the game we love without having to worry about how it’ll feel if we lose.”

He already is becoming a star. He has the natural charisma of all great shooters, and he has the kind of efficiency that very few of them have. Against Austin Peay, Canaan scored 23 points and only shot the ball nine times. “I don’t like to miss,” he said, “so I don’t like to take bad shots.”

It was an even wilder ride for Prohm, who stayed in Murray after Billy Kennedy decamped for Texas A&M. “You hate that it ended, because it was fun, and you feel like you’re letting people down a little,” he said. “We’ll look back at end of the year and appreciate that. We’ve got a lot of unfinished business.

“To have three seniors, and for them to have my back for me in my first year, and to totally sell out here to what we’re trying to do, I can’t be more appreciative for those three guys.”

The tournament has started in a hundred different places, many of them as small and as out of the way as Murray is. The gifted and obscure, like Isaiah Canaan, already are playing their way into it. The momentum will build. The energy will increase. The thin radiance at the edge of the spotlight, which has reached Murray already, will become a glow and then, if everything goes very right, you can turn it into a blinding glare. Everything’s closed now, though, even the churches, even on Sunday night. Kentucky turns back into Tennessee, and all the roadhouses have gone quiet and empty. The wide darkened fields are lit only by an icy slice of a moon. All the way back down 641, you realize that the tournament is already under way, and that you can get somewhere from here.