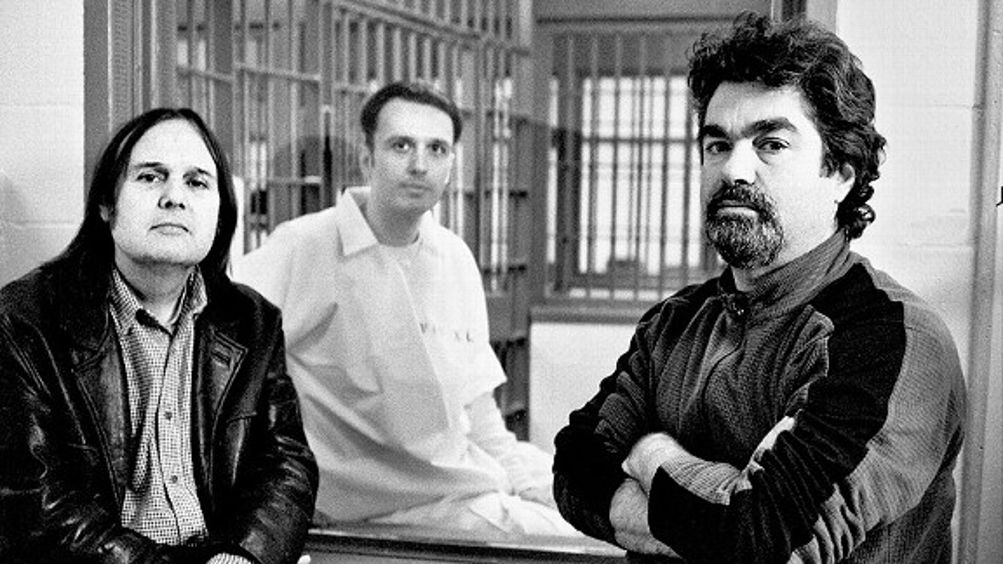 For the rest of Davy Rothbart’s interview with Bruce Sinofsky and Joe Berlinger, click here.

A lot of documentary filmmakers stress the importance of access in making a film. How did you guys manage to get such deep access within the West Memphis community?

Joe Berlinger: We arrived in town within days of the arrests of Damien [Echols], Jason [Baldwin], and Jessie [Misskelley, Jr.], so we managed to really embed ourselves in the community from the outset. At first we were speaking to the police, the prosecutors, and the victims’ families, and then we enlarged our scope to include the families of the accused, and then The West Memphis Three themselves. Of course, they weren’t yet known as The West Memphis Three. By the time the trial started, more than eight months later, we’d ingratiated ourselves with everyone around town, and that really allowed us to get some very intimate access. Sometimes it’s just a matter of being on the ground somewhere and putting in the time to get to know people.

This case, and the cause of The West Memphis Three, attracted a lot of celebrity supporters, many of whom got deeply involved. What do you think spurred their interest?

Bruce Sinofsky: The first [Paradise Lost] film seemed to really hook certain people. Just about everyone is unmoored by the idea of an innocent person being in prison — especially on death row — but I think this case spoke particularly to people who might’ve felt like outsiders themselves at an earlier time in their life. I’m talking about people like Johnny Depp and Eddie Vedder. Those were guys who, when they were growing up, felt really different from the people around them. I think they related to Damien, and really to Jason and Jessie, too. I think they know what it’s like to be persecuted for being different.

There have been three Paradise Lost films. Now that the West Memphis Three are free, would there be a fourth film? What are you working on next?

Berlinger: You know, a part of me can imagine making a fourth film, in that I want to continue to fight for their complete exoneration. The Three are free now, but there’s still this huge weight of murder convictions hanging over them, due to the Alford pleas. But this story has consumed my life for the past two decades, and I think it’s time to move on. My new film, which premieres this month at Sundance, is called Under African Skies. It’s the story of Paul Simon’s trip to South Africa to produce his album Graceland. He’d made the trip with the best of intentions, but there was some backlash at the time from anti-Apartheid circles, who felt he’d broken a South African cultural boycott. For the film, we traveled back to South Africa and Paul Simon was reunited with the musicians he worked with on the album, many of whom he hadn’t seen since the album came out. Working with Paul was obviously a lot different than working with Metallica, but the results were equally fascinating.

Davy Rothbart is the creator of Found magazine, editor of the Found books, author of the story collection The Lone Surfer of Montana, Kansas, and a frequent contributor to public radio’s This American Life. He’s also the founder of an annual hiking trip for inner-city kids called Washington II Washington.