Just Another Day in Dallas 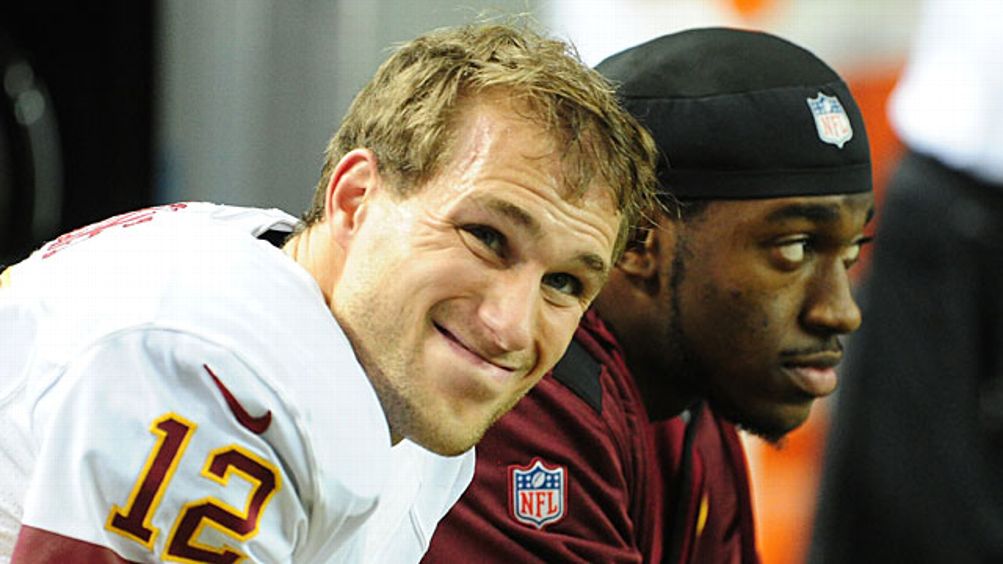 Sometimes, if we’re really nice, and not naughty, we are gifted with a team that turns its season into such an epic clown show that you don’t even have to watch the games; in fact, there is little doubt that you will be better off — both as a sports fan and as a human being, the two often being mutually exclusive — if you don’t watch the team attempt to play at all. Only disillusionment can come that way. The Boston Red Sox under the barely distinguishable leadership of Bobby Valentine are a very recent example. There was no point in watching them try to play baseball. It was more fun watching them reenact Mutiny on the Bounty 162 times that season, with at least half the starting lineup rotating in and out of the role of Fletcher Christian. The best of these burlesques come when the team — like the Red Sox of a year ago — is supposed to be at least a playoff contender, and then dissolves into a welter of ill feelings, underachievement, and public sniping among the assembled millionaires that would be an embarrassment to a middle school burn book.

The NFC playoff contenders, and the benching of Robert Griffin III.
—Bill Barnwell and Robert Mays

“No franchise in the NFL is fueled by turmoil more consistently than Washington. Even for the fans who have suffered through the agonizing valleys of the Daniel Snyder era, this has been a particularly brutal season.”
—Barnwell

“Washington is now 3-8 and done in an NFC East race that hasn’t been particularly tough. It’s a big fall for a team that won the same division a year ago, but in some ways, it’s not an altogether surprising one.”
—Mays

Ladies and gentlemen, presented for your eternal amusement, the 2013 Washington Redskins. You will notice how everyone associated with this franchise arrives at the stadium on game days in the same comically tiny automobiles. In the luxury suites, every champagne flute is a dribble glass and every seat is thickly cushioned with whoopee. Little cartoon canaries twitter and sing pleasant songs around the heads of all the players and coaches. The owner is considered such a thoroughgoing omadhaun that he has managed to put himself beyond even Beltway sycophancy, and there are people in the Washington social circles who would have sucked up to Vlad the Impaler if he’d shown up with a campaign check. On Sunday, while sinking their record to 3-11, the Redskins turned the ball over to the Atlanta Falcons — that would be the 4-10 Atlanta Falcons, if you’re keeping score at home — seven times, including a spectacular five fumbles, in a 27-26 loss that ended with Atlanta rookie Desmond Trufant’s deflection of a two-point conversion attempt. Neither team is going anywhere this season, but the Redskins are finding their way to nowhere in the dark while lighting their hair on fire.

At the beginning of the year, the Redskins had Robert Griffin III, the league’s most charismatic young player, and he was learning his trade under kindly veteran mentor Mike Shanahan. Of course, Dan Snyder was still a hateful, awful person who ate the flesh of newborn puppies on toast with his morning coffee, but, hell, this is the NFL, and there isn’t an owner in the league who can see himself in the mirror while he’s shaving. And there was the ongoing true fact that the franchise’s name is an obvious and unforgivable racial slur, but nonetheless one of which the owner is conspicuously proud. Anyway, as long as the relationship between the young star and the understanding coach was solid, it didn’t much matter what the owner thought. A Chip Hilton novel was about to break out in the city that is the capital of the known universe when it comes to shameless front-running.

Which is about when the roof caved in.

Let’s see what’s happened just in the last month or so, shall we? Shanahan was feuding with Griffin. Shanahan was feuding with Snyder, and maybe trying to do what Bill Parcells used to call “shooting your way out of town” — i.e., becoming such a public pain in the ass that Snyder would pay $7 million just to get rid of him. (It also was reported that Shanahan tried to hit the silk last year, before a playoff loss to the Seahawks in which his stubbornness blew up Griffin’s knee, all of which must have endeared the coach to his owner.) Shanahan thereupon announced that he was benching Griffin for the last three games of the season and starting backup Kirk Cousins, who didn’t play all that badly against Atlanta, despite throwing a couple of interceptions and fumbling once. This being Washington, there were naturally wheels within wheels. One of the ways in which Shanahan was trying to be a pain in Dan Snyder’s ass — and there’s a universal string theory of pains and asses at work in that statement somehow — was to jack around with Griffin, whom Snyder adores, because he is an owner and owners like stars. This was said to be the root of the problems between Shanahan and Snyder.

(Let us remember that, while all this was going on, the Redskins hinted at legal action against a radio station that has broadcast obvious parodies of Washington games. At some point, one imagines, Snyder’s lawyers explained to him that redundancy was not actionable.)

Once Shanahan made the decision to sit Griffin, the entertaining pettiness went straight to DEFCON 1. Griffin’s development this year may have been hampered by his injury, but he didn’t deserve to be used as a tetherball between his coach and his owner. To his credit, Griffin declined to make his displeasure known in the many ways that technology allows athletes today to make their displeasure known. (Twitter is not a problem Vince Lombardi had.) At a midweek press conference, Shanahan sounded like a man who was already late for a tee time somewhere. Cousins played Sunday. The Redskins lost. Which has been the only dependable thing about them this season. 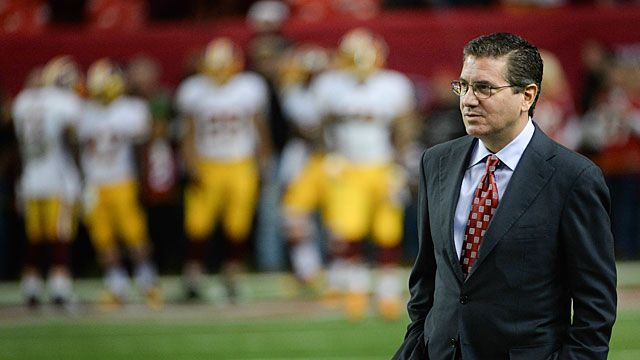 Frankly — and I speak as one who thinks that, when healthy, Robert Griffin III is as good as the NFL gets as far as pure entertainment — I think that Shanahan did Griffin an incalculable favor by ending his season early. Griffin clearly never came all the way back from his encounter with his coach’s ego. He was being battered behind an incompetent offensive line until he was pretty plainly gun-shy. He was a pawn in a power game between a coach who wants to leave town and an owner who doesn’t want to pay for the privilege of firing him. He was getting heat for his level of maturity — and we don’t need the Enigma machine to decode that baby — in how he was handling being the main attraction in a death-spiraling farce. And this was all happening in the worst possible place for it to happen.

(Washington-area sports are just weird. If the saying is correct, and politics is show biz for ugly people, being a fan in D.C. is an important part of that. My early years as a daily sportswriter were scarred by the sight of George Will in the press box for a Sunday-afternoon Orioles game, still orange in the face from a stint on This Week With David Brinkley. I had to be stopped one sunny afternoon in Baltimore from calling Garfinckel’s to tell them that something had escaped from a display window.)

There often is a lot of talk that the toughest media market in the league is in New York. Occasionally, Chicago gets mentioned, and Philadelphia. (Of course, in Bill Belichick’s darkest nightmares, he is pursued through a deep forest by giant spiders wearing Patriots credentials.) But there is something very special about playing football in Washington. Consider what Washington produces: news. Period. That is the primary product manufactured there. That is the city’s principal export. It creates and manufactures news, which it then sells to the country. This engenders a self-importance to the natives as regards their parochial concerns. Therefore, the Redskins have always carried with them a certain cachet among the country’s ruling class that made the team’s every minor stumble into a major crisis, and every major crisis into eyeball-to-eyeball in ’62. And the current state of the Redskins is simple enough for them to understand because it is a struggle for power and, therefore, a political struggle.

The primary struggle is between Griffin’s owner and Griffin’s coach. That the struggle is primarily about Griffin is irrelevant. He’s the bill being debated, the land-use rider for which the bribes have not yet been clearly worked out. In a place that produces only news, people are the basic material for what is being manufactured. The NFL already specializes in the commodification of human beings. Unique among the league’s franchises, however, Washington exists in a social and cultural context in which the normal interaction of normal people is converted into grist for a completely different kind of environment — one in which who got invited where last Saturday night may be adduced to explain who in Kentucky is getting their food stamps and why, and one in which there is no real difference in the level of passion people put into debating the Iranian nuclear program and the level of passion people put into debating the relative merits of Kirk Cousins and Robert Griffin III as professional quarterbacks. In short, it’s a social and cultural context that is permanently more than a little nutty. If Mike Shanahan took him out of all that, RG3 should buy his coach a Christmas fruitcake, and he should arrange to forward it to wherever it is Shanahan ends up in January. His chestnuts are no longer in the fire.