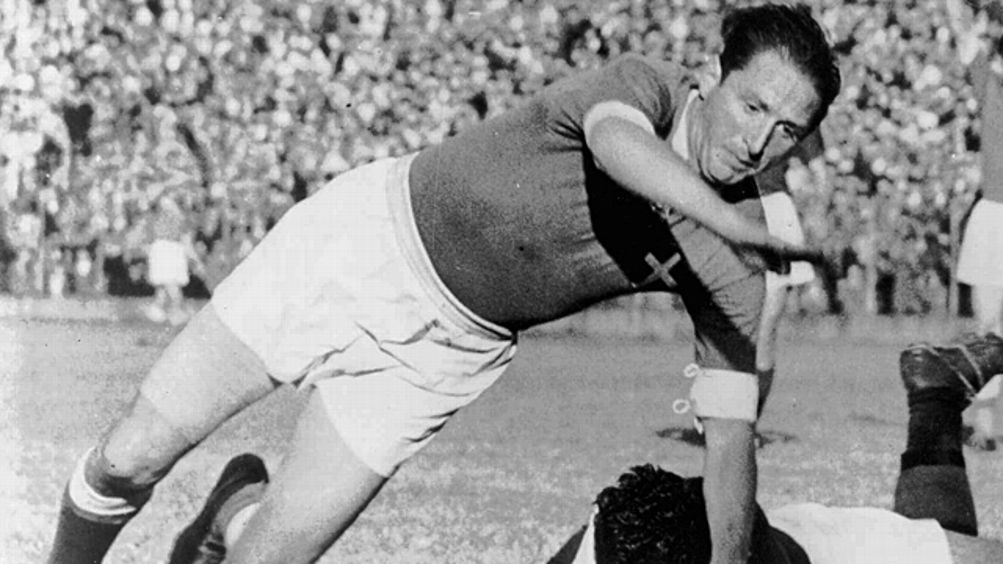 I. My Magical Connection With the Tiny Italian Soccer Club Pro Vercelli

I have a magical connection with the tiny Italian soccer club Pro Vercelli because I once spent a year pretending to be them in a video game. Moreover, I spent a year blogging extensively about pretending to be them in a video game. Without going too deeply into my reasons for doing this — more or less the usual Internet cocktail of narcissism, a “desire to interrogate constructions of fantasy and reality in sports,” and generally warm feelings about playing Football Manager at two in the afternoon for money — I can say that the project spiraled hopelessly out of control,1 sucked in hundreds of hours and tens of thousands of words, generated about a million inside jokes on my old soccer site, and left me with a permanent love for this obscure little club from a city of fewer than 50,000 people in the northern Italian province of Piedmont.

If you’ve ever played as a small club in Football Manager,2 you’ve probably experienced something like this. You take over Forest Green Rovers (fifth division, England), or Go-Ahead Eagles (second division, Netherlands), or Víkingur Ólafsvík (second division, Iceland). These aren’t clubs you’ve seen on TV; they might not even be clubs you’ve heard of before you start browsing for tough teams to play in FM. But because the one you choose is now, fantasy-construction-wise, yours, you get strangely invested. You learn about its history. You feel odd — proud? implicated? — when you see its results in real life. You develop an ambiguously real/fake sense of belonging (you to the club, the club to you) that only deepens as you spend months leading its video-game twin out of lower-league hell and toward international glory. If you don’t play video games, this probably sounds silly, and it is. But FM absorbs long, almost fathomless spells of time, and the brain, which is not exactly great with the concept of fake experience, does what it does. And sometimes the feeling sticks.

Anyway, that’s what happened to me with Pro Vercelli. We won a bunch of pretend championships and I fell in epistemically problematic love.

There were two reasons I picked Pro Vercelli. First, they were way down in the opaque undersea of Italian soccer, barely hanging on in the fourth division, a forgotten club with no prospects. I wanted a good narrative for the blog, and that meant saving a club that nothing could ever save in real life.

The other reason was that they had an amazing story. They were one of those fragments of real old-time sports history that you sometimes run across in an out-of-the-way corner of the lower leagues, a living antique from the age of tweed caps and heavy leather balls. In the early years of the 20th century, Pro Vercelli was the most influential soccer club in Italy and one of the best clubs in the world. They won seven Italian championships — still good for fifth all-time — between 1908 and 1922. It should have been eight, but they were cheated out of a title in 1910.3 Vercelli was a small town compared to Milan or Turin, and the club mostly fielded local players, meaning their talent pool was tiny. They got around this by practicing with an intensity and a commitment to organization that was at the time virtually unheard of in the sport.

They were, for instance, one of the first teams to emphasize physical fitness. There’s a story from 1903 about the entire team biking 70 kilometers (about 43 miles) to play in an away match; they tried to skip out on a toll by racing over a bridge, but the bridge keeper caught up to the slowest member of the squad, a striker named Sessa, and forced him to pay for the whole group. They were one of the first teams to practice set pieces. They scored the first-ever goal in Serie A, and were the first club of the league’s best-ever goal scorer, Silvio Piola. In 1913, the Italian national team fielded a squad that included nine players from Pro Vercelli; that’s how far ahead of everyone else they were.

So what happened? Inevitably, the big-city teams caught up to Vercellese training methods. The professionalization of the game gave Juventus and A.C. Milan a financial advantage that was virtually impossible for a small-town club to overcome. By the mid-1930s, Pro Vercelli had slid out of Serie A,4 and by the 1940s, they’d fallen out of Serie B. Their former rivals glittered into the TV era and collected European Cups; Pro Vercelli was blown around the regional leagues and hung on for its life. Soccer economics is essentially a hurricane for all but the very top clubs. In 2010, less than a year after I finished restoring the inside-my-computer Pro Vercelli to greatness, the real Pro Vercelli ran out of money, was denied readmission to the fourth division of Italian soccer, and — 88 years removed from its last championship — dissolved.

Football Manager is relatively complex and difficult to master, but it’s still a video game, meaning it’s basically amenable to the direction of human desire. Unlike reality, it wants you to win. So I was sad but not entirely surprised when the real-life Pro Vercelli went under. If anything, the club’s collapse seemed to underscore its basic fragility and hopelessness, which had been what drew me to it as a video-game proposition in the first place.

I’m going to try to be really brief and precise about what happened next, because it doesn’t need any adornment. In August 2010, the city of Vercelli transferred the defunct club’s name, colors, and history — essentially its entire identity — to another, smaller local club, Pro Belvedere, which effectively became the new Pro Vercelli.5 Pro Belvedere had just been relegated from the lowest-tier professional league in Italy, but because of a vacancy, the newly reconstituted Pro Vercelli was allowed to continue in the Lega Pro Seconda Divisione. Improbably, they finished third. They lost a promotion playoff 5-4 on aggregate to Pro Patria, but then a slew of financial catastrophes (soccer economics = hurricane, remember) left several clubs unable to compete in the next league up, the Lega Pro Prima Divisione, the following season. A few months after it ceased to exist, Pro Vercelli was lifted by default into the Lega Pro I, its highest level of club football in more than 30 years.

There are two national leagues in Italian soccer, Serie A (the top flight, where teams like Milan and Roma and Napoli play in front of massive crowds and choreographed tifosi) and Serie B (the second tier). These are, from a media/money/attention standpoint, essentially the only leagues that matter. Because of their surprise promotion to the Liga Pro I, Pro Vercelli started this past season just one division below Serie B. They were in over their heads. They were also within sight of elite-level soccer for the first time in decades.

And after a few weeks, unbelievably, they started winning. Behind a surprisingly effective attack and a defense anchored by 19-year-old Alberto Masi, Pro Vercelli started outplaying teams with legitimate shots at reaching Serie B. Then, ultra-unbelievably, Pro Vercelli started winning enough that it seemed like they had a legitimate shot at reaching Serie B. Late in the year, they missed a chance to move into first place in the league and a guaranteed promotion spot. In the end, they were forced to play in a two-legged playoff against the heavily favored Carpi. Which — transcendently ultra-unbelievably — they won, thanks to a 3-1 comeback victory, on the road, in the second leg. You can watch the video; it’s an amazing record. All these mad heroics going down in front of banks of empty seats.

Anyway, the result: Starting Saturday, when they open the 2012-13 season against Ternana, Pro Vercelli will play in Serie B, where they last appeared three years after the end of World War II.

It was surreal for everyone, I imagine, or at least for everyone within the vanishingly small group of people who were paying attention, to see Pro Vercelli — two seasons after being left for dead — come out of the mists to qualify for the second division of Italian soccer. It was doubly surreal for me, because it almost exactly mirrored what had already happened, three years earlier, in my game. Nail-biting comebacks, expectation-defying winning streaks, youth players blossoming at exactly the right moment, playoff victories against long odds — this was all straight out of my Football Manager run. The players had different names, and, fine, my fantasy world team hadn’t been helped by other clubs going bankrupt,6 but otherwise? It felt like the same story.

I had chosen a team to save that couldn’t possibly be saved in real life. And here they were, in real life, being saved.

None of this has much to do with anything, I realize. It’s just weird and sort of eye-unfocusing to think, given the increasing prevalence of fantasy layers in our interactions with real-world sports,7 how many echoes and unplanned connections like this must be happening all the time, how these must be affecting the experience of sports in all sorts of private and semi-conscious ways. It’s also delightful, at least to me, to reflect that when video-game sports seem at their most implausible and exaggerated, they may actually be at their most realistic.

Can the real Pro Vercelli qualify for Serie A? There’s absolutely no chance,8 none — which is why I’m certain that it’s possible. I know it can happen in the real world, because it sounds just like a video game.