What if the 2012 Olympics had been in New York? 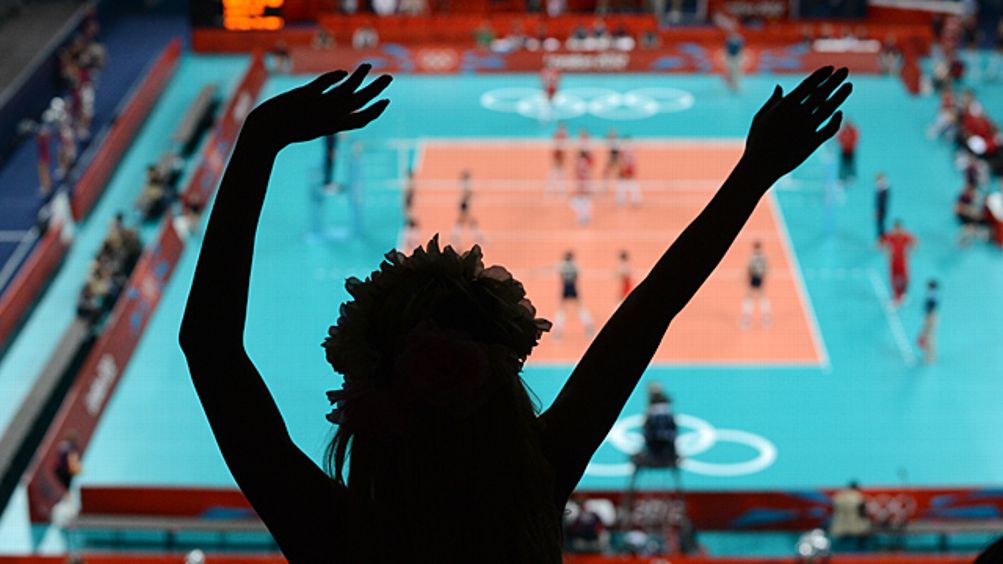 E very four years, I tell myself that I am not going to care about the Summer Olympics, and every four years, they suck me back in. Part of it is some sort of connection I have with the truly veteran scribes of ancient Greece. (Let me tell you, on deadline, Homer was really something.) When I was a child, I loved to read an old mythology textbook that my father brought home from the high school at which he taught. I thought the stories in there were just the greatest things a kid could read: wars and monsters, heroes and villains and gods and people being turned into trees or cast across the heavens as stars. What did Dr. Seuss have to put up against that kind of thing? How could Charlotte and her web possibly match what Arachne wove? And Arachne got turned into a spider for her trouble. Scoreboard!

The other part of it was Jim McKay, and the very shrewd way in which the old Wide World of Sports functioned as a kind of gateway drug during the four years between Games. The point wasn’t that track and field or boxing were more Olympian than, say, cliff-diving from Acapulco, or the Cresta run from St. Moritz. They were. (I am sure, at one point or another, Homer wrote something for the early editions about the stade, the original foot race, or boxing back when the fighters were naked.) It’s that the latter events accustomed us to the notion that the Human Drama Of Athletic Competition could be found in hundreds of strange sports on hundreds of foreign playing surfaces. By the time the Olympics rolled around again, we were ready to be amazed by the likes of Vasily Alexeev, the human Abrams Fighting Vehicle who used to lift weights for the Soviet Union.

(How well did ABC’s Wide World do its job? When skeleton returned to the Winter Games in 2002 — skeleton being essentially the event run at Cresta every year — I dazzled people by still being able to rattle off the turns on the old St. Moritz course. Check this out: Curzon, Brabazon, Battledore. And then came the dreaded Shuttlecock, with its low wall, where riders used to go lederhosen-over-teakettle off toward Austria. Maybe “dazzled” wasn’t quite the word I was looking for there. We continue.)

So, somewhere between Homer and McKay, the Olympics got a grip on me that I barely notice between Games. I’ve worked two of them, both Summer editions: the 1984 Games in Los Angeles, the last that were boycotted, and the 1988 Games in Seoul, which turned out to be the last Games in which the entity known as the Soviet Union competed. I went to the 1996 Olympics in Atlanta as a fan and had a great time. (Most of the people who covered those Games consider them one of the great train wrecks in the history of the Olympics. There is a greater distance between reporters and spectators than I thought there was.) The highlight came when my son and I were seated, quite by accident, in the Centennial Olympic Stadium amid a whole noisy claque of Jamaicans on the night the 4 x 100 men’s relay was contested on the track. As it happened, that year, the Canadian team in the race was made up almost entirely of Jamaican expats, including the monstrously talented Donovan Bailey, who’d already won the gold medal in the 100 meters.

(Eight years earlier, I’d seen a Jamaican-born Canadian sprinter named Ben Johnson run Carl Lewis into the track in Seoul. A few days later, we learned that Johnson flunked a drug test, and my Canadian colleagues had to cover their country’s version of the Black Sox scandal on the fly. But I will go to my grave stating unequivocally that the race itself was one of the most exciting things I ever saw. Everything was perfect — the time of day, the light in the stadium, the buzz of the crowd, and the way the two men went molten when the gun went off. I am not the only one who feels this way.)

So, to recap, my son and I were drafted by a bunch of Jamaicans to cheer for the Canadian relay team. This we did with remarkable enthusiasm. The U.S. team got all tangled up passing the baton, and Bailey came down the stretch like the Human Torch and we all danced in the aisle together. It was a very nice moment and it was responsible for my formulating my own ideas on how to watch the Games, and how to make them better for spectators.

F irst, I always have three teams for whom I cheer. I cheer for the U.S., and I cheer for the Republic of Ireland, and I cheer for one other team that I pick every four years at random. Careful consideration goes into this process. One year, I was going to go for the plucky Uzbeks, but then I remembered that Uzbekistan is ruled by a guy who allegedly boils dudes. No thanks. This year, I have settled on the athletes from Tuvalu. There are only three of them: two sprinters and a weight lifter. (One of them, Asenate Manoa, who will compete in the women’s 100 meters, used to train on the runway of the airport in Funafuti, the capital of Tuvalu.) I decided to become a Tuvaloon because the country’s first Olympic appearance was four years ago in Beijing and, global climate change and rising ocean levels being what they are, there may not be many Olympics in the future for Tuvalu, which is gradually being swallowed by the sea. 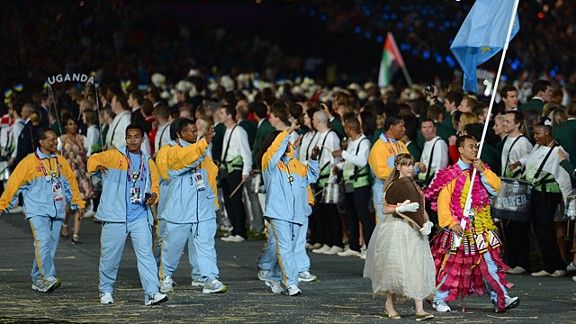 Which leads me to my first big Olympic idea. You may have noticed — or, if you live in the U.S., you may not have noticed — but the Games have a real problem with competitive balance. So, what I propose is this: Before the 2016 Olympics in Rio, we have a draft. Countries will submit their top athletes in every sport and then the countries will draft from that list in the reverse order from the previous Olympic medal count. (Since there will be a lot of teams that won no medals at all, the first draft will contain enough coin flips to give Ed Hochuli carpal tunnel.) For the really big TV sports, we could have a draft lottery show before the actual draft.

Imagine you’re, say, the guy representing Tuvalu. You get the first pick. Which way do you go? LeBron James doesn’t do you any good because, if you pick him, then you have to pick four other good basketball players, and a good piece of your draft is tied up trying to get one gold medal. Or do you go for Usain Bolt, for the international market? Maybe you’re Iceland and you go long on team handball, or Mauritius decides to make itself the modern pentathlon capital of the world.

(And, not for nothing, but the modern pentathlon features riding, shooting, fencing, running, and swimming. They shouldn’t give out a gold medal for winning this thing. They should put you in a Dos Equis commercial.)

The second-guessing would be monumental, the arguments never-ending. (One Guy From Togo: “How did that idiot take Limbach in men’s sabre when that Russian flyweight, Aloian, was still on the board?”) Many officials would know the cold chill that still descends on the Pistons executive suites when they hear the name “Darko Milicic.” Many officials would know the pain of being fired and, believe me, the enjoyment of any Olympics is exactly proportional to the number of officials who get drunk and sleep through them.

And, if I can’t have that, at least can I have the Soviet Union back? Not as a governmental entity, god knows. But outside of grim repression and wrecking their own economy, the only thing they were good at was running a sports program, so can’t we just reorganize it purely as a sports club? We can even sell sponsorships — The Doritos Soviet Union. (Don’t tell me Doritos wouldn’t go for it. They’re an American corporation. They’d buy the naming rights to a plague.) We haven’t had a really good villain in the Olympics for an awfully long time, someone whom the gods would not hesitate to chain to a rock and have an eagle swoop to eat his liver every day through eternity. Now that’s entertainment.

The athletes from the various countries formed when the USSR fell apart can still wear their flags and have their native anthems played at the medal ceremony, but there was something about those red uniforms that gave the Games some real electricity. Take, for example the ’88 Games in Seoul, when a whole group of us were sitting down and watching the basketball game between the USSR and Team USA.

Two things were going on. First, the USSR was coming apart at the seams. Their team was completely dependent on players from Lithuania, particularly Arvydas Sabonis and Sarunas Marciulionis. The Lithuanians were plainly unafraid of their Soviet minders and were pretty much doing what they wanted when they wanted to do it. The captive nations were breaking loose in the locker room. Meanwhile, the American team, coached by John Thompson, had been chosen in an atmosphere that was very reminiscent of how the old-school Soviets used to operate. People who covered the basketball trials that year still count it as one of the most degrading experiences of their professional lives.

Anyway, as it became clear that the USSR was simply a better team, and that the U.S. team was going down for only the second time in Olympic history — and, arguably, for the first time legitimately — a whole row of American sportswriters began to hum audibly the old Soviet national anthem, the melody of which we all knew because it used to run on Wide World, or on all those Olympic telecasts past. I didn’t feel like as much of a global citizen again until that night in Atlanta, when I stood and cheered with the Jamaicans for their Canadians. That was a good night in the world.