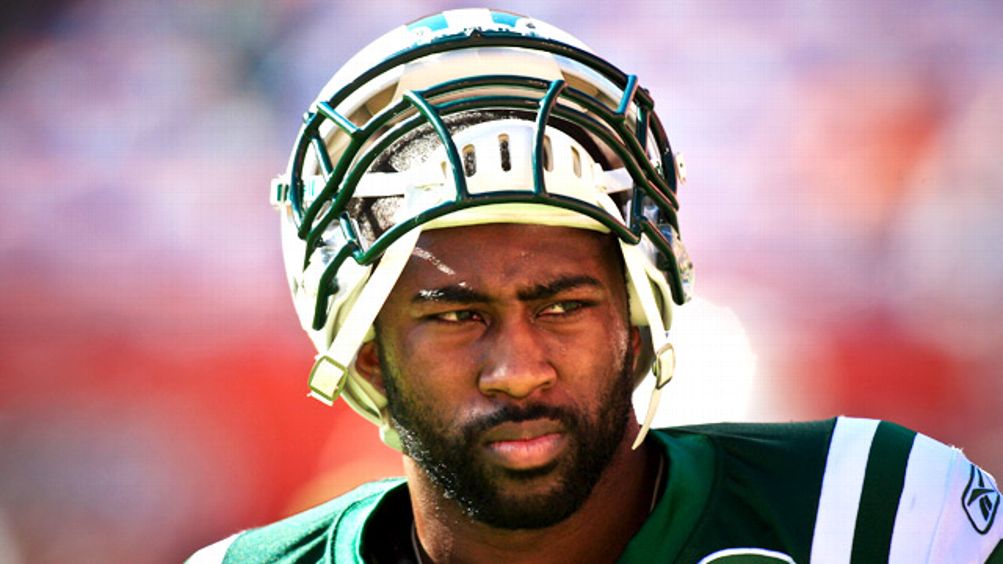 You would forgive Jets fans if they tried to pretend that the 2011 season was washed away by the lockout. It was a pretty rough time. Sure, an up-and-down first 15 weeks of the season is basically de rigueur for the Rex Ryan–era Jets, but Gang Green’s magical ability to raise their game at the end of the season and parlay that momentum into a playoff run was somehow transferred to the Giants during that devastating Week 16 derby.1

The scariest part about the disappointing season for Jets fans, though, was how it came about. New York’s offense played at exactly the same level in 2011 as it did in 2010, ranking 13th in the league in points scored in both seasons. The defense, though? It would be tough for them to say the same thing. After allowing the fewest points in football during Ryan’s debut season in 2009 and finishing sixth in the league in 2010, the once-formidable Jets defense fell off to 20th last season. A team that allowed under 15 points per game during that 2009 campaign allowed 30 points or more on five different occasions last year, losing all five games.2

Regardless of what you think about the presence of Tim Tebow and the possibility of an improved offense, it’s pretty clear that the Jets will need their defense to return to form in 2012 if they want to make a serious run in the AFC. The presence of Darrelle Revis should be enough to push any defense toward success, but Ryan stalwarts like Bart Scott and Jim Leonhard are either on the wane or off the roster. Are the Jets about to recover and return to the elite? Or does their slide down the points-allowed charts show no sign of stopping?

To put the answer to this question in the starkest possible terms, just look at the table below, which has the Jets’ rank in points allowed alongside their rank in DVOA3 during the Ryan era.

Quick: Spot the outlier! Despite the dramatic rise in their points allowed — and with it, a decline in their record — the advanced statistics suggest that the Jets were actually every bit as good as they used to be. How on earth can that be true? And which of the two actually matters in predicting how the Jets will do in 2012?

To start, I went and looked back at teams similar to the Jets, teams with great DVOA ratings and surprisingly high points-allowed totals. Since Ryan’s defense finished second in DVOA and 20th in points allowed, a difference of 18 spots in the respective rankings, I looked back through the 19-year history of DVOA to try to find how teams with those sorts of differences do in the following season. In looking at teams whose points-allowed rank was 15 spots or more worse than their DVOA rank, the trend was pretty clear. The difference between those two statistics disappears the following year, as the average gap between PA and DVOA fell from 15 or more down to 2.4 spots. And, excitingly for Jets fans, the defense usually improves. The average team in this group improved their points-allowed ranking by an average of nearly nine spots. The 2007 Ravens, who were the last such team to have this sort of difference, could serve as a nice blueprint for the Jets’ bounce-back. They were ranked fifth in DVOA on defense that year, but were 22nd in points allowed. A year later, they were second in DVOA … and third in points allowed.

So, why did that gap exist last year? And if it’s not going to stick around, as history suggests, are the aspects of the Jets’ performance that caused the gap also going to disappear? It’s impossible to say for sure, but I’ve identified a few things that drove the high points-allowed totals from last season, and I think most of them will either disappear or be less meaningful in 2012.

The easiest one to note is the obvious difference that comes up whenever you compare a rate or per-play statistic (like DVOA) to a cumulative one (like points allowed): volume. New York’s defense was great on a per-play basis last year, but it was on the field too frequently. The Jets defense faced 201 drives last year, tied with two other teams atop the NFL leaderboard. The league average was just over 183, so those 18 extra drives basically mean that the Jets defense played about an extra game and a half’s worth of action. It’s unlikely that the Jets will face so many drives during the upcoming season; they ranked fifth in that category in 2010 and 14th during 2009.

New York’s offense and special teams could also help make their defense’s job easier, although there’s no guarantee that they will. The Jets defense had received excellent average field position during Ryan’s first two years with the club, ranking among the top 10 in the league in both those seasons. Last year, their rank fell to 21st, and the biggest reason why was the offense’s remarkable propensity to go three-and-out. Mark Sanchez & Co. produced three-and-outs on 30.3 percent of their drives, the fourth-highest rate in football.4 If Jets fans are hoping that Tebow is going to solve that problem, though, they might be disappointed: Tebow’s Broncos were one of the three teams who went three-and-out more frequently than the Jets last year.

There’s another way the offense can help out: tackling. We’ve been blaming the New York defense so far for every point scored against the Jets last season, but there was a shocking amount of scoring done while Revis’s crew was sitting on the sideline. Opposing defenses scored seven touchdowns against the Jets on interception or fumble returns last season. That’s 49! Three of those touchdowns came in one game against the Ravens. As tempting as it is to chalk that up to a disinterested group of veteran players and their poor chemistry, there’s no “skill” (or lack thereof) related to allowing touchdowns on offense. It’s a function of the number of turnovers you commit and total randomness. The Jets saw those seven touchdowns come in over 34 turnovers this season; a year ago, the Jets offense turned the ball over 21 times and had just one of those turnovers result in a touchdown for the opposition. The average team will give up about 2.5 defensive touchdowns per year, so if the Jets can get back to that league-average rate, it will potentially save them 32 points.

Once you get rid of the points the defense didn’t actually allow and account for the number of drives they faced, it’s much clearer to see why the advanced metrics like what the Jets D did last year. They only allowed 1.55 points per drive, which was the sixth-best rate in football. Throw in the tough field position and a schedule that saw them stuck playing the Patriots twice and, well, you’ve got a defense that begins to resemble the second-best unit in football.

Of course, there’s more to it than the numbers. Changes in personnel will also play a key role in determining how the Jets do on defense this year. While the Jets weren’t a particularly injury-prone team last year on that side of the ball, their injuries were concentrated up front, as they lost defensive linemen Kenrick Ellis and Mike DeVito for chunks of the season and saw stalwart linebacker Bryan Thomas miss the final 12 games of the year with a torn Achilles. Those injuries gave 2011 first-round pick Muhammad Wilkerson valuable reps on the defensive line, and encouraged the Jets to spend their first-round pick in this year’s draft on UNC lineman Quinton Coples. Thomas’s injury also created playing time for Bills castoff Aaron Maybin, who acquitted himself nicely in limited time with a team-high six sacks. If the Jets can get significant contributions from those young players, it will offset the aging of former stars like Scott, Thomas, and Calvin Pace.

The other notable moves on the defense this year came at safety, where both of last year’s starters have left town. Brodney Pool left for the Cowboys, but the more notable departure was that of Leonhard, who is currently out of football after suffering a fractured tibia in 2010 and a torn patellar tendon last season. Leonhard was seen in some circles as the heart and soul of the Jets defense,5 a former special teamer who frequently played center field as the last resort behind those diabolical Ryan blitzes. He missed eight games over the past two years with those major injuries, and as it turns out, the Jets have been much better off when he’s been in the lineup. They’ve allowed an average of 19.1 points per game with Leonhard active and a full touchdown more, 26.1 points, with Leonhard on the sidelines. That stat probably overstates Leonhard’s impact, but backup Jets safety Eric Smith isn’t cut out to play Leonhard’s role.

That’s why it’s so interesting that the Jets will probably try to end up replacing Leonhard with former Redskins safety LaRon Landry. Landry, the sixth overall pick in the 2007 NFL draft, has struggled with Achilles issues for most of the past two seasons. Landry opted to avoid surgery, so it seems likely that the injury will recur at some point during the season, but he was a downright brilliant player for the Redskins in 2010. He’s played some center field for the Redskins, but his athleticism and power probably makes him a better fit to play in the box as a safety in run support. That’s also true, unfortunately, of Bell. And if either of them gets hurt, well, the Jets already know that Smith can’t play that role. In the end, while they’ve denied interest in re-signing him, the Jets might have to turn to Leonhard after all.

It’s never quiet and boring with the Jets, and it’ll be fascinating to see how all these statistical indicators and personnel changes play out during the 2012 season. Regardless of how they meld, a friendly schedule that sees the dismal offenses of the AFC South and NFC West come to town should produce a superficially superior defense. If the Jets can improve their field position and keep opposing defenses off the scoreboard, they should have a top-five defense in both points allowed and DVOA in 2012. And if they can pull that off, they should be good enough to make it back into the playoffs this season.