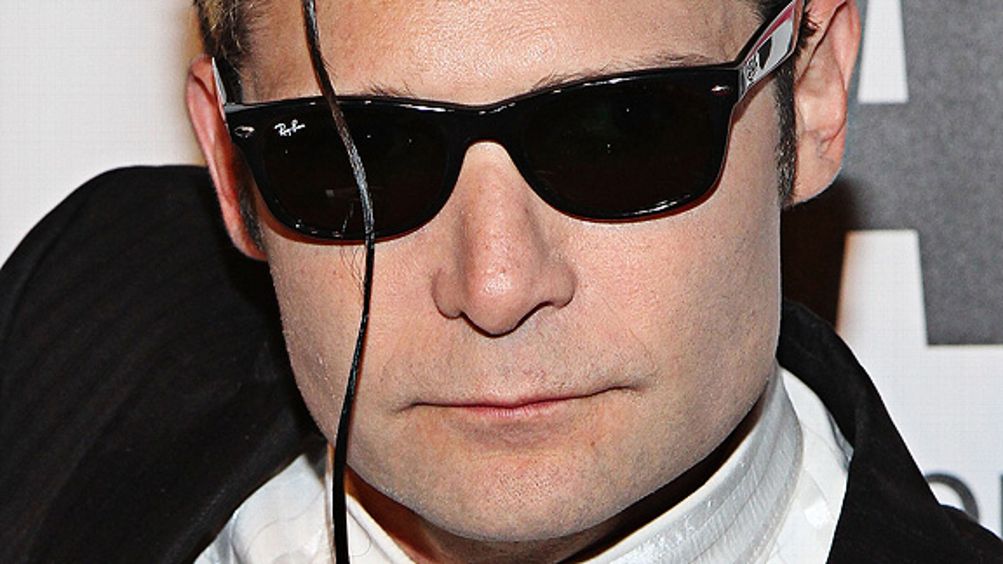 The question I get asked most regarding Humblebrag is if the people I retweet ever get mad about it. And I must say, everyone seems to be a pretty good sport. After last month’s column, Chrissy Teigen (Model? Actress?) even tweeted at me, “thanks for the kind words.” I’m assuming she was not being sarcastic and was genuinely thanking me for the kind words. Point being, I am glad everyone seems to know this is all just in good fun and that I’m not just trying to be a dick.

That being said, here are a bunch of needlessly rude comments about people who Humblebrag!

Not THAT funny. Also, who is she and why is she always around famous people? Maybe she’s a bellhop at the Chateau Marmont?

“Every single time i go to the gym someone asks me what position i play. I dont play football, stop asking!”

No clue who HJ Adams is. I know he is the most secure man on the planet (he willfully goes by the name “HJ”). But, I also know that he seems like the type who may come find me and kill me (sounds like he has the build of a football player). However, this one made me laugh and I had to include it.

His bio does say that he is from “Hogwarts,” which at least means he has a sense of humor. (Or is a wizard. If he is in fact a wizard, hopefully he’s from Gryffindor and not Slytherin — those guys are ruthless. Damn, shit got nerdy in up in here!)

I know he says he is annoyed when people ask him if he plays football, but I am going to go out on a limb and say that this guy probably — hear me out — actually maybe, may in fact, like people thinking that he plays football.

“Haven’t wanted or needed a theatrical agent for years, but I’m meeting one today. I guess I’m officially a full-time actor again. Weird.”

I included this Will Wheaton Humblebrag because it demonstrates a very common form of Humblebraggery, which is saying something is “weird.”

Go ahead and try it with any brag. It’s fun …

I just won an Oscar. Weird.

I just had sex with Kate Middleton and William was totally cool with it. Weird.

“I think I was on Extra tonight for@vodaswim, but missed it because I was flying to Lima!”

This was some virtuoso Humblebragging — the rare double-brag Humblebrag. She couldn’t do one cool thing because she was doing another cool thing and she is bummed about it. Nicely done, Anna Karenina.

Even on the Internet, complaining about first class just sucks.

“Well, I’ll definitely be the one with bags under my eyes on the Today Show couch…my flt to NYC is still delayed.”

“Correction: I will be on the Today Show this morning, remote from Atlanta. 8:09. No makeup, tho…watch 4 the shine!”

Hey Shiny Bags, it’s OK to just say you’re going to be on the Today Show. No need to bring up your shiny bags.

Two nights ago I got: “You look like if Patrick Dempsey and Bradley Cooper….” “THANKS!” “Wait — if they had a gay baby.” “Um, thanks.”

It is bizarre to publicly compare yourself to two of the most universally attractive people out there. And Tom Lenk knows that deep down, so he tried to balance it out with some humility — adding the part about looking like the two of them if they had a gay baby. Mission unaccomplished! When does being the gay version of something downgrade its attractiveness? Aren’t gay dudes hot? That’s, like, their thing. So by default, the gay baby of Dempsey and Cooper would be even more good-looking than its heterosexual counterpart. This Humblebrag has failed on multiple levels.

Sidebar: Patrick Dempsey will always be Ronald Miller from Can’t Buy Me Love, and I don’t understand how an entire planet of women has collectively forgotten about that and come to label him Dr. O’Dreamboat or whatever.

Darren Rovell is a sports business reporter for CNBC. Because of his job, he gets to do cool sports-related things, and boy, does he let us know!

I get a ton of submissions from people about Rovell, and here is why:

“Hate to say this but after being at the Beijing Olympics Opening Ceremonies, every fireworks display looks amateur”

Ah, come on, you don’t hate to say that.

“The NBA Draft is the most boring event I have a consecutive streak to. Nine straight. Might break that tomorrow.”

If it’s so boring, stop going. Oh right, you can’t, because then you couldn’t talk about how many of them you go to. Classic conundrum. Sucks, dude.

J. Michael Straczynski wrote Thor. And then these:

“Finished one big project was going to take a breather before the next one, got whomped with new idea in the shower I now have to write. WTF?”

“The interview was plagued with technical difficulties: no matter what they did to the camera, you could still see me on-screen. Tragic.”

Writers don’t get to be on-screen that often, and when they do, they say stuff like that.

“Going to Lake Arrowhead tomorrow to speak at Writers Guild conference, my topic: surviving as a writer. Dunno if I’ll survive the experience”

Why won’t you survive?

“My day: hung out with Corey Feldman, spoke on a panel and received a machete engraved with mine and Matt’s names. I have a strange life.”

New take on an old classic. This is an example of the “weird” Humblebrag, only he says “strange” instead of “weird.”

Shortly after I posted this on the Humblebrag feed, @DavidRosiak tweeted this in response:

“My Corey Feldman tweet got RT’d by @humblebrag. Since when does mentioning Corey Feldman constitute bragging? Did we just timewarp to 1986?”

You are right. Hanging out with Corey Feldman does NOT constitute bragging (Sorry, Corey; it doesn’t), but you were still bragging about it. It’s like an old philosophical question: If a brag isn’t a brag, is it still a brag?

This was totally a Humblebrag — don’t get me wrong — but the main reason I put him on the list is because he protested it, so it’s funny to me.

Holding it down at no. 1! It was a light Totes month, but Totes still came through ’cause he’s Totes and Totes comes through.

“Not sure what my growing up ghetto ass did to deserve a waterfront place in SoCal with bikinis around all day, but thank you baby Jesus.”

“Yes!! Comped penthouse suite in Vegas on a Holiday Weekend. I would feel good about that but just means I gamble too damn much :( “

“Not gonna lie there’s powdered sugar sprinkled throughout the penthouse. The maids will get a good chuckle”

Totes, if you’re reading this can I come hang out with you and write about it for next month’s column? Have car, will travel. Hit me up at humblebrag@gmail.com. I am 100 percent for real.

That’s it for this month. See you guys in August!

Harris Wittels is a writer for Parks and Recreation and Eastbound and Down. Be sure to read his All Time Humblebrag Hall of Fame and come back next month for another Power List.