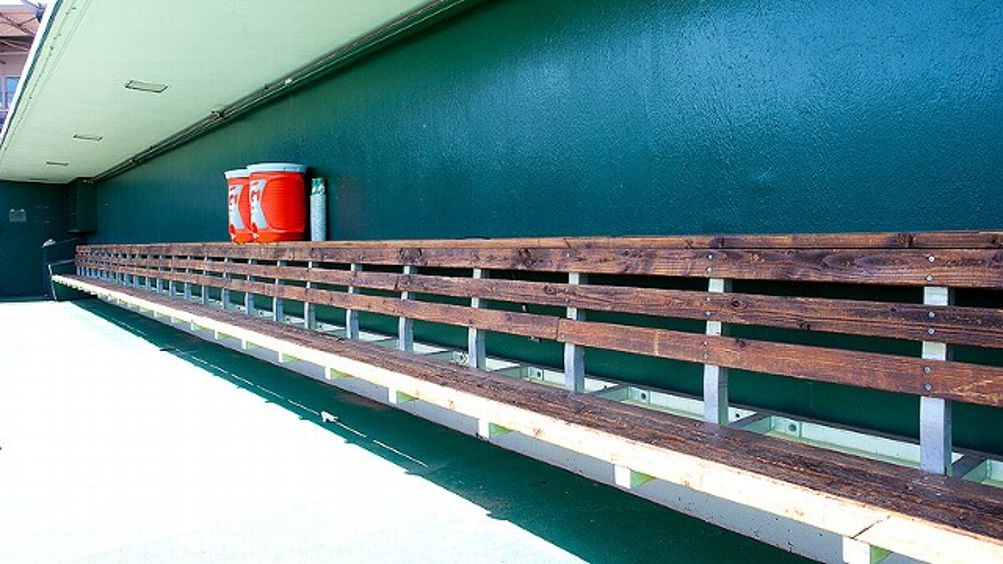 In his invaluable What Jesus Meant, historian and author Garry Wills reminds us that, during his time as a thoroughgoing Galilean religious nuisance, Himself did not take the time to make priests, create a “Church,” or, certainly, devise in his own memory an inflated medieval anachronism like the modern papacy. I have found this helpful to remember whenever “faith” is used as an excuse by elements of organized religion to treat other members of the human race as inferior. Find another excuse. The Gospels are not your alibi.

We had another little somethin’-somethin’ in that regard this past week out in Arizona. The baseball team from Mesa Preparatory Academy made it all the way to the finals of the Arizona Charter Athletic Association’s tournament, where the Monsoons — and how cool is that, by the way? — were scheduled to meet Our Lady of Sorrows, a Catholic charter school from Phoenix that is run by the Society of St. Pius X, about which much, much more anon. As it happens, the Monsoons have a freshperson second baseperson named Paige Sultzbach, who is slick with the glove around the bag and who is also a female person. (Just for the record, Mesa’s archery team is coed as well.) Paige was a softball player in junior high, but, because Mesa doesn’t offer a girls’ softball team, she tried out, and made, the boys’ varsity baseball team, which is a formidable accomplishment for a 15-year-old. Her coaches and male teammates supported her, and good on them for doing that, too. This is the kind of story that makes celebrating the anniversary of Title IX worthwhile. Except that her opponents in the title game disagree, and they’ve dragged Jesus in as an accessory before the fact.

Despite the fact — or, the cynical heart would murmur, because of the fact — that Mesa and Ms. Sultzbach whacked them around twice this season, including an 11-3 pasting back on April 26, in their own ballpark, Our Lady of Sorrows forfeited the championship game rather than play against Paige Sultzbach, ace keystone-sacker and female person. (Being far classier than her opponents, Ms. Sultzbach sat out the two regular-season games at Our Lady of Sorrows in deference to her opponents.) Here is Our Lady of Sorrows’s official excuse for not playing in the championship game.

“Teaching our boys to treat ladies with deference, we choose not to place them in an athletic competition where proper boundaries can only be respected with difficulty,” the statement read. “Our school aims to instill in our boys a profound respect for women and girls.”

This is all my left eyebrow, of course, unless you consider breaking up a double play to be some kind of sexual thrill ride. (OK, I know some TV baseball analysts who … but never mind.) But to truly understand it, you have to understand what the Society of St. Pius X is all about, and to understand that, you have to understand a little about the dead pope after whom the society was named. Pius X, who reigned from 1903 to 1914, was a steadfast opponent of what was then called “modernism,” and he accelerated the momentum of the Church toward conservative theology, a dynamic that did not exhaust itself finally until the opening of the Second Vatican Council. Which brings us to the society that bears his name, and which also sponsors Our Lady of Sorrows, which apparently thinks infield practice qualifies as foreplay.

The most notable thing about the Society of St. Pius X is that they’re a bunch of schismatics. Don’t take my word for it. Hold a séance and talk to the late Pope Paul VI, who suspended the society’s founder, renegade ultramontane French bishop Marcel Lefebvre, in 1975. Undaunted, Lefebvre consecrated four of the society’s priests as bishops in 1988, earning him the not inconsiderable wrath of Pope John Paul II, who excommunicated him. The society is a radical rightist organization that has flirted not only with heresy, but with outright political fascism as well. Officials of the society have expressed support for, in no particular order, the French monarchy, the racist platform of Jean-Marie le Pen, and the Vichy government of the 1940s. One of the society’s most prominent bishops, Richard Williamson, managed to put up a track record of public pronouncements that make Fred “God Hates Fags” Phelps sound like Francis of Assisi.

Not to put too fine a point on it, Williamson is a raving nutball. Among his other charms, Williamson, who was one of the bishops whose 1988 consecration led to Lefebvre’s excommunication, is a devoted Holocaust denier, telling a Swedish television station in 2009, “I believe that the historical evidence is strongly against, is hugely against 6 million Jews having been deliberately gassed in gas chambers as a deliberate policy of Adolf Hitler.” (He’s also expressed his belief that The Protocols of the Elders of Zion, the ancient Czarist forgery that has ignited anti-Semitism for almost two centuries now, is an authentic document.) He also believes that The Sound of Music imperils souls because it “places friendliness and fun in the place of authority,” and that the United States government brought down the towers itself on September 11, 2001.

And, of course, more directly relevant to why Paige Sultzbach didn’t get to play for the championship of her league last week, the society is a bit batty on the subject of women. For example, Williamson has argued that a kind of satanic “modernism” entered the church during Vatican II and it has resulted in an increased freedom for women, which is where all this comes back again to Paige Sultzbach, standing out there at second base, waiting for opponents who have taken their theology and gone home.

Williamson is opposed to women attending college, working outside the home, and — I am not making this one up — wearing shorts. “A woman can do a good imitation of handling ideas, but then she will not be thinking properly as a woman,” Williamson once said. “Did this lawyeress check her hairdo before coming into court? If she did, she is a distracted lawyer. If she did not, she is one distorted woman.”

How Arizona saw fit to allow what is essentially an international anti-Semitic cult to operate a charter private school at all is probably a question for a later date. (Arizona is doing a lot of strange things these days.) Completely by accident, Paige and her teammates had found themselves caught in a dark, dank corner of reactionary Christianity, which admits no light, no warmth, only the cold, dead past, and which stinks of prejudice, decaying dogma, and the worst social offal of the 20th century. There’s not a lick of Catholic doctrine that would forbid men and women from playing baseball against each other. There is nothing in the Gospels that would remotely touch upon the situation, and not even St. Paul, that censorious old blatherskite, said anything that can be stretched plausibly to forbid it, and people have been known to use Paul’s Epistles like taffy to marshal their arguments.

For all the theological dust they’ve thrown up to cover their cowardly retreat, Our Lady of Sorrows plainly and simply didn’t want to lose to a girl.

One thing is certain. Paige Sultzbach and her teammates deserved a chance to play for the championship. They were the only undefeated team in their league, and they’d already beaten Our Lady of Sorrows twice this season. They’d worked hard enough, and played well enough, to be allowed to win their championship on the field, and not have it handed to them because somebody hiding in a chapel somewhere decided not to give them the satisfaction. For all the theological dust they’ve thrown up to cover their cowardly retreat, Our Lady of Sorrows plainly and simply didn’t want to lose to a girl.

This is an embarrassment to sport and to religion, the functional equivalent of bleeding statues and the face of Jesus on the side of the barn. This is the kind of thing of which Blessed John XXIII was trying to rid the Catholic Church when he called on the council to “throw open the windows” and release the stifling air of repression that had built up over the centuries. Our Lady of Sorrows doesn’t want to play baseball against Paige Sultzbach because it’s run by an organization that harbors an attitude toward women that differs very little from that of Bishop Williamson, its crackpot avatar. And, no, I don’t have to “respect” the stand they took, or the beliefs that prompted it, unless I’m also prepared to “respect” the anti-Semitism and conspiracy-mongering that are at the heart of the beliefs in question. I’m not required to be as classy as Paige Sultzbach, state champion.