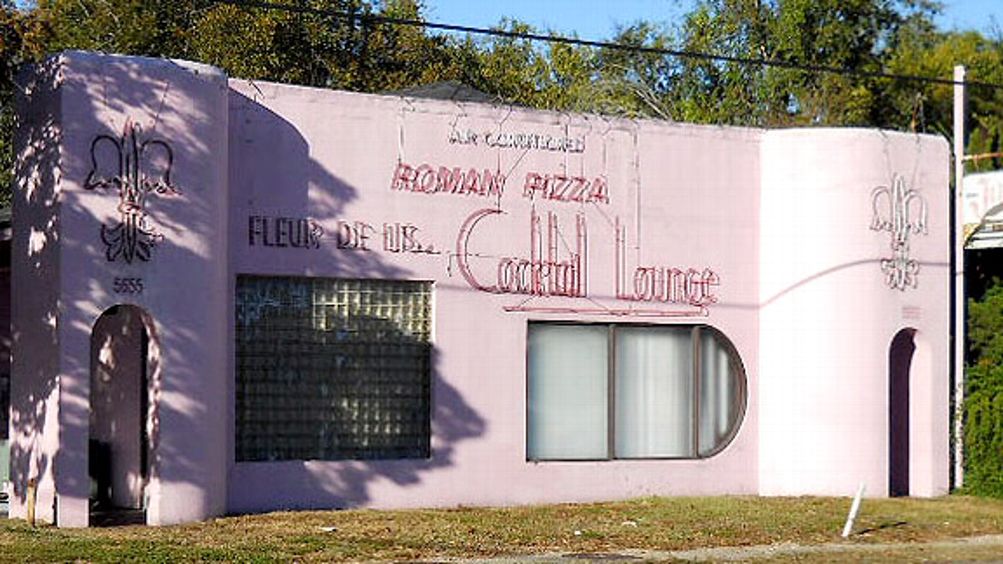 Last weekend, through a strange series of events, Les Miles invited me over to his house to watch football. The LSU Tigers had a bye week as they prepared for Saturday’s game against Alabama, and I was in town writing a profile. It sounded like a day lounging on couches — molting, as Miles had described it — and, as my mother taught me never to arrive as a guest empty-handed, I immediately knew what I’d bring.

Miles, in his job as a football coach, basically has an orbit from his house to his office, with occasional detours to a nearby frozen yogurt place. Thus, he’d never tried my favorite pizza, made at a squat Baton Rouge dive named the Fleur de Lis Cocktail Lounge. It seemed unnatural for someone who lived in Baton Rouge to never have eaten one of those transcendent thin-crust rectangles. Anointing myself savior, I arrive with six pizzas, spreading them out on the kitchen island. Everyone peers in.

We open all the boxes. Two pepperoni. A sausage and onion. The cheese. A salami. And, of course, the Around the World, which has everything on it. Miles goes straight for the Around the World, then he grazes. Everyone circles, the living room suddenly and uncharacteristically quiet, except for the sound of college football in the background and six people chewing.

Pizza might be the most personal of all the food groups. Everyone has their favorite and can make a well-considered case for it being the best.2 Mine is the Fleur de Lis. My wife still makes fun of me behind my back about the time I took her all the way to Baton Rouge to eat pizza.

When the restaurant first opened right after World War II, this part of Baton Rouge wasn’t even Baton Rouge. Before Mama and Papa Guercio bought it, the Fleur de Lis had been a bar, with some shelves for groceries. What is now a bleak stretch of Government Street was gravel back then.

The parking lot remains gravel, and your tires crunch when you swing in. Old trees hang on the lot line. The windows are covered tight, no light coming in or out, and the neon sign always seems a bit blurry, as if seen through the rain. One sign says “Air Conditioned.” I cannot stress how big a deal this is in Baton Rouge in July.

The door is thick, with a sign. No checks. No credit cards. Just cash. The nearest ATM is a few blocks away on the left if you forget. The light is dim. The jukebox is old-school. There’s pinball. Low ceilings. The beer is cold, and those glasses fit wonderfully in the palm of your hand. Even if there wasn’t anything to eat, this would be an all-timer.3

Mama Guercio first started making pizza as free appetizers to soak up the booze. At first, the only topping was anchovy. They became so popular that the ones she made in her pie pans from home weren’t big enough. So she brought in a cookie sheet, and Fleur de Lis pizza was born. The owners have to get a sheet metal factory to custom make the pans now. The ones Mama Guercio bought don’t exist anymore, and the pizza wouldn’t taste the same without them. The recipe is a closely guarded secret. Not many people know it.

The Rushings closely monitor the kitchen to make sure nothing about the pizza changes. “When I hire people, I say, forget anything you know,” Pam says. “We’ve been doing this a while and this is the way we want things done.”

The family memories are thick inside. Whenever someone orders a sausage and onion, for instance, Pam feels a pang. That’s what her dad always ordered. The fifth generation of the owners are now coming into the business, and generations of other families wait tables and work the ovens, parents passing their jobs down to their children. One man, Izzy, started working when he was 15. He’s 86 now. Very little changes. There are a few barstools, and a dozen or so tables. They fill up quickly, as everyone peers into the room next to the bar that holds the ovens. While technically there are three, only two are normally used; the cooks don’t like to bend down for the bottom one.

The phones ring regularly, people placing orders to go. Some order half-bakes, to be finished in the oven at home. The staff asks for first name and last initial, to keep from trying to figure out where all the “eauxs” go.

It takes about a beer, maybe a beer and a half, for the pizza to cook. The pie is cut into squares. All but the middle four have crust, and the ones on the outside edges are the best. If you’re lucky, they’re slightly burnt, black on the rim. Those are the ones you start imagining when your tires hit the gravel. The slices get chewy as you get close to the middle, and there are no sauce-to-cheese issues. It’s the perfect pizza.

It’s good hot, and it’s good the next morning cold.4 It’s best with Louisiana beer in a short glass. Twice last week, after leaving the LSU football facility, I made it before they stopped taking food orders at 10 p.m., finishing my day happy with a long plastic plate sitting in front of me. My third trip in five days was to pick up an enormous order to go.

While the huge stack of boxes in my arms had prompted eye rolls, the pizza disappeared. I’ll remember two things about the day.

One, watching Les Miles watch a game is exactly like watching Les Miles coach a game. As we stood around the pizza boxes, running out of gas — or in my case, ashamed at how much pizza I’d been eating in front of strangers — he looked at the television and gave a few loud claps, the same palm-first deal he does on the sideline. It was funny to see up close, as were his pleas for other coaches to go for it on fourth down. He begs them to run a play. It’s wonderful to realize that he coaches like he does because that’s who he is.

Two, as expected, the Miles family and I ravaged the Fleur de Lis. I felt like I was spreading the gospel, since I’m always trying to dragoon friends who travel to Baton Rouge to write LSU stories into making their way over to Government Street. At the end, only a few slices remained. Miles grinned.

I wake up the next morning regretting I hadn’t brought a few slices home to eat cold, already imagining my next trip to Baton Rouge. That’s the truest sign of a simple meal done well: As soon as you finish, you’re already thinking of eating it again.

Wright Thompson is the FieldTurf and Bermuda correspondent for Grantland. He can be reached at wrightespn@gmail.com.

On Whiskey and Grease: A Yoknapatawpha Wake
Four Nights at Elaine’s: The Last Will and Testament of a Great Saloon
The hunchback and the lost art of the Birmingham dog