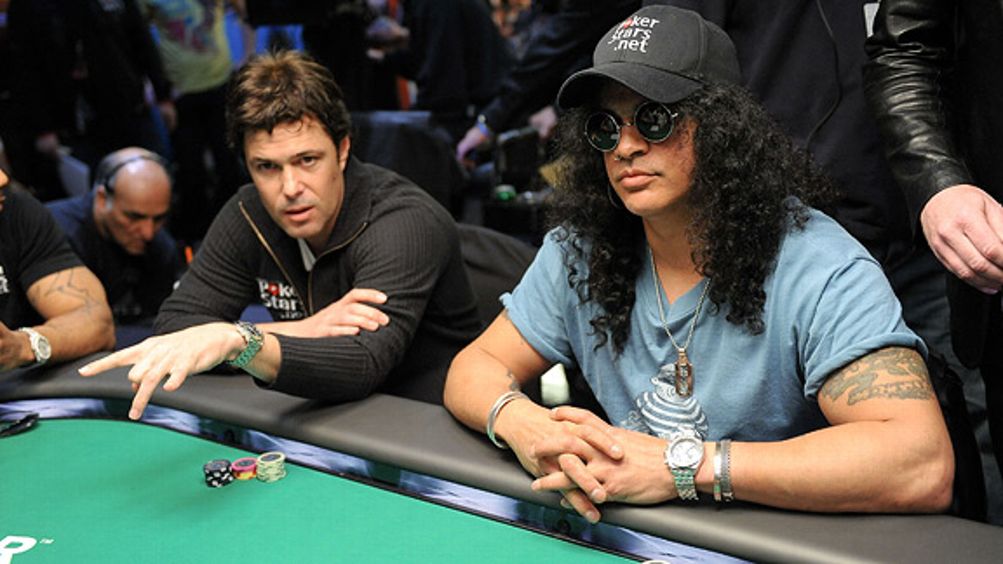 Lawrence Kasdan’s Silverado gets my vote for most underrated modern Western. It’s got everything an oater should have: gunfights, robberies, murders, wisecracks for days, and real, honest-to-goodness heart. There are funny cowboys facing off against tough but evil ranchers, duels to the death for the honor of beautiful, rugged women, and most of all, right at the center of the town, and the movie, there’s The Midnight Star, maybe the greatest Western saloon in all of filmdom. It’s the place everyone in Silverado goes to drink, fight and, of course, gamble.

In the wake of Black Friday, the day the government shut down Full Tilt, Pokerstars, and all the other online poker sites, this one scene from Silverado keeps running through my head. It takes place halfway through the film, just outside The Midnight Star’s swinging doors. The town’s Sherriff, Brian Dennehy, in jovial badass mode, shoots a man dead. Just then, Slick, a card sharp played by Jeff Goldblum, oozes onto the screen. He approaches Dennehy, and calm as if he were ordering a whiskey and soda says, “Excuse me, sheriff, I’m a gambler who’d like to run an honest game in your town. To whom do I speak about that?” And then, looking at the dead man on the ground, he says, “I hope it’s not him.”

Goldblum’s Slick is the perfect example of my favorite movie icon, The Gambler. Like Phillip Baker Hall’s Sidney in Hard Eight, Paul Newman’s Fast Eddie Felson or Steve McQueen’s Kid in The Cincinnati Kid, The Gambler in movies is always the coolest customer in the room. Unflappable, all business, not scared of a gun, a badge, or what people might think of him, The Gambler is crafty, ready for action (small pistol in his pocket, knife hidden deep in his boot) and can usually find an ace in the hole when he needs it most. He is smarter than the next guy, a little looser with the finer points of the law, but mostly, he’s free — totally independent from anyone else’s idea of how a man is supposed to live.

In college, my buddies Danny, Spike, Traumy, and I spent senior year at a makeshift card table playing stud, Chicago, follow the Queen, and long, brutal games of guts. This is when poker eclipsed all other forms of gaming for me. It was when I realized that at the highest level, poker isn’t even gambling at all. It’s a gunfight, with both sides exactly equal in weaponry and numbers; over time, only strategy, courage, and execution separate winner from loser.

The game my pals and I had was a friendly one, but it’s only a slight exaggeration to say that I felt a little bit like an outlaw every time I sat at the table cutting cards and stacking chips instead of cracking my books and studying for the next day’s exams. I wasn’t actually at The Midnight Star, but there were some nights that I pretty much convinced myself that I was.

One day, I decided I wanted to stop letting Danny take all my money at the table, and I started reading some poker books. This is when I discovered that The Gambler wasn’t only a character out of the movies. There were guys like Doyle Brunson and Sailor Roberts out there in the world actually living it. If you haven’t heard the stories of those guys working the back roads of Texas to both find and then escape from good games, you’re missing out on one of the great, true American folktales. Later I was hipped to legends like Stu Unger scraping himself off of the streets to show up for one last WSOP and then, somehow, winning it. And I saw T.J. Cloutier, ex Canadian Football League monster, chain-smoking and power-bluffing his way to the top of the earliest, low-rent version of the tournament circuit.

I loved all of it.

And if I were only a little bit better at the game (OK, a lot better — even after reading the books I never beat Danny), I really think I’d have given the life of the poker pro a try. I wasn’t, so instead I started writing about it.

In Rounders, David Levien and I wanted to honor card players, celebrate them but also depict them as we saw them, plying their trade at the edges of society, not in its center. Which is where the professional poker player lived from wild western days until about nine years ago, when the WPT and the Internet poker boom hit.

Suddenly, guys like Slick were racking up endorsements, appearing in People Magazine‘s Sexiest Man of the Year issue and living the comfortable existence of professional golfers. And just as suddenly, a whole new class of card players sprang up — hundreds of thousands of them — men and women who used online poker to supplement their income, many who used it as the source of all of their income. And I thought this was great. Finally poker players were able to play the game whenever and wherever they like.

But I have to admit that somewhere around the time Celebrity Poker Challenge took hold, the romance went out of the game. When network television is showing Kathy Griffin trying to bluff Fisher Stevens off of a baby straight draw, something has definitely been lost. Small price to pay. But a real one nonetheless.

Until the online poker boom, card players didn’t look for anyone’s permission, least of all the government’s. They were more likely to flout the law than ask for its grace. Poker players used to take pride in all this, like guys in rock bands, but then they became domesticated, like guys with 401Ks. So even as I hate what the Federal prosecutors did, a small part of me likes that poker players, are, once again, in disrepute. Because that means that, once again, poker players are more Doc Holliday, less Davis Love III.

My favorite line in Silverado is said by its best character, Danny Glover’s Mal, after he’s suffered more indignities, humiliations, and losses than any man could endure. Mal, representing almost Platonic good, finally can’t take it for one more second and says, “That ain’t right. And I’m tired of what ain’t right.” And then he picks up a rifle and gets busy with it. When I turned on my computer that morning of April 15 and saw that the Federal prosecutors had shuttered the poker sites, Mal’s words ran through my head: That ain’t right. In a time of 10 percent unemployment, the Government has taken away tens of thousands of jobs. And good people, like online pro Shane Schleger, have lost their livelihood without warning. This is wrong on every level, and I cannot wait for the absurdity of it to be over so that pros like Shane and his cohorts, and donkeys like me (and you), can get back to playing the game we love in the comfort and privacy of our own homes. But in this dark moment, I have found one, small bright spot: Poker is, like Slick, finally back in the shadows, where, mythically at least, it belongs.

Brian Koppelman’s latest film is Solitary Man, available on DVD/Netflix now. Among the other films he and his partner David Levien have either written, produced, or directed are Rounders, Ocean’s Thirteen, and The Illusionist. He is a life-long Knicks fanatic. And will always be unless Isiah Thomas returns to the team in any capacity at all. You can follow him on twitter at @Briankoppelman.