First Serial: The Dead Do Not Improve 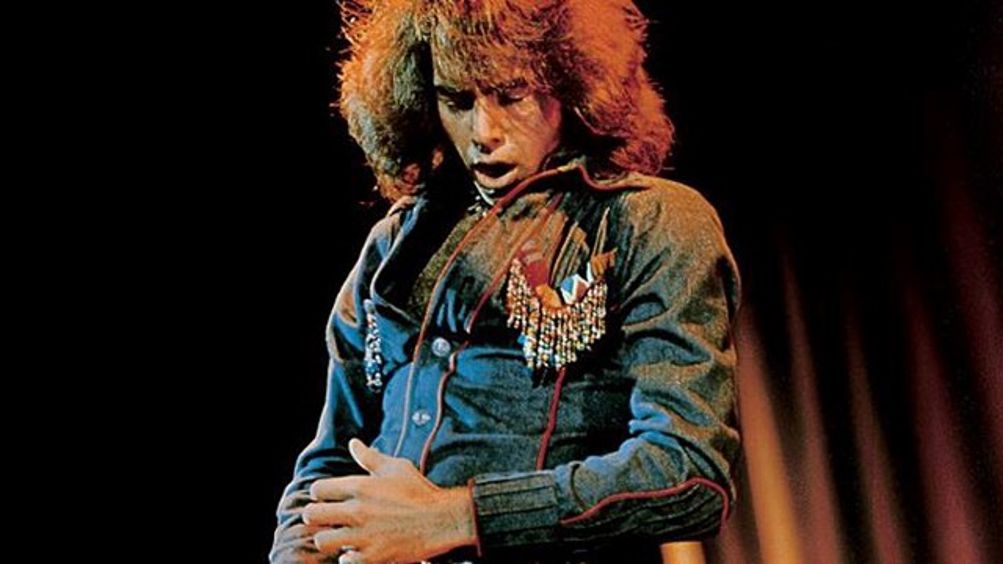 Before discussing the particulars of Neil Diamond’s landmark 1972 double-live opus Hot August Night — the music, the impact on the trajectory of Diamond’s career, the album’s place in the pantheon of live records, the album’s place in the pantheon of Neil Diamond live records — we must address the cover. The cover is a little … aggressive. Neil is pictured in a girdle-tight blue denim suit that is ornamented with multicolored beads precariously framing a plush wilderness of chest hair. A little further north, Neil’s brown locks are puffed out and tinted a reddish-orange from nearby stage lights; he looks like a lion with his head down, rearing to take down the slowest zebra in a passing pack. To the south are Neil’s large hands, which appear to be simulating, um, something in the vicinity of his, ahem, midsection region.

At this point I’ll just quote directly from Lester Bangs’s review of Hot August Night from the March 15, 1973, issue of Rolling Stone: “He’s pantomiming whanging his clanger, and from the look on his face I’d say he’s about to shoot off, and the only bogus part is that he’d like everybody out there to think it’s 13 inches long.”

You still with me? Or has the mental image of Neil Diamond’s oversize member sent you scurrying in the opposite direction? For all the millions that Hot August Night has sold — and that number will surely go up, given the new 40th-anniversary edition that packs an extra eight tracks onto an already beefy 21-song frame — most people have likely encountered the album via its cover and understandably declined to venture any further. As Hot August Night became a thrift store and rummage sale staple to rival the collected works of Herb Alpert and Mitch Miller, Neil Diamond has been sexually assaulting innocent, budget-minded bystanders through their eyeballs for the better part of four decades.

With the benefit of a little more hindsight, Lester Bangs might’ve described Diamond’s unabashed public clanger-whanging as a metaphor for the era of extravagant ’70s live albums that Hot August Night helped to epitomize. As you’d expect, Neil does not scrimp on the pomp and circumstance on this record: There’s a soupy pre-concert orchestral “prologue” that lasts three minutes and feels 30 times longer; there’s a track (on the new reissue) devoted solely to musician introductions that stretches past the seven-minute mark; and Neil’s sweaty, impassioned delivery packs enough ham and cheese to turn each overly familiar oldies radio chestnut into a flavorful Hot Pocket of AM gold.

It might be difficult to imagine now, when YouTube clips shot on shaky iPhones and free-flowing concert MP3s online have degraded the handsomely packaged and carefully curated live album to the point of near-irrelevancy, but this sort of release was practically a requirement for artists back in Diamond’s day. Even harder to fathom is that a good number of these live records were actually pretty great. In 1972 alone, there were future classics like The Band’s Rock of Ages, The Grateful Dead’s Europe ’72, Deep Purple’s Made in Japan, Jimmy Smith’s Root Down, J. Geils Band’s “Live” Full House, and The Allman Brothers’ partly live Eat a Peach. Then there was Donny Hathaway’s Live, John Lennon’s Some Time in New York City, and The Velvet Underground’s Live at Max’s Kansas City. One of Elvis Presley’s better “white jumpsuit”-era live records, Elvis: As Recorded at Madison Square Garden, came out that year. So did The Guess Who’s Live at the Paramount, which features the nearly 17-minute version of “American Woman” that Philip Seymour Hoffman’s fictionalized Lester Bangs calls “the most brilliant piece of gobbledygook ever” in Almost Famous.

By the mid-70s, live albums were a legitimate phenomenon. For every record tossed out as a stop-gap between studio albums — the Rolling Stones made a habit of this long before they realized that people only wanted to see them live, with or without the excuse of new material — there were in-concert releases that broke artists with only middling sales beforehand. Many of these acts were regulars at Midwestern arenas and ignored by the snooty elites on the coasts: Peter Frampton, Kiss, REO Speedwagon, and Cheap Trick all put out live records that were generally better regarded than any of their studio work. In some instances (particularly Cheap Trick), it was because they sounded so much better live. (Or, in the case of Kiss, somewhat live with more post-concert overdubbing than an ELO record.)

But the true appeal of live albums had less to do with the performances than with the stuff around the performances — the roaring applause, the odd heckle or shout-out from a random loudmouth, the sing-alongs, the inevitable screams for an encore once the show ended. People listened to live albums to hear other people having fun. In reality, the crowd noise was piped in and pumped up. Songs were lifted from various shows and melded together seamlessly to appear as a single set. It was no more real than the blood that dripped from Gene Simmons’s leering lips. But if you bought into rock mythology, live albums created the impression of a perfect live gig that fans would spend a lifetime chasing, or pretending they had seen via some greatly embellished “You shoulda been there, maaaan!”–style anecdote.

Neil Diamond understood the mythology of live albums better than most, even if he was probably better known as a songwriter prior to Hot August Night‘s release. Before moving to Los Angeles in 1970, Diamond worked for world-famous pop music machine the Brill Building, making his name as the writer of several Monkees hits, including what later became the lesser evil out of two Smash Mouth contributions to the Shrek soundtrack, “I’m a Believer.” By the late ’60s, Diamond was recording smash singles under his own name, but the move to L.A. was a strategic street-cred move: He was aligning himself with the period’s sensitive and serious-minded singer-songwriters, like his New York City colleague Carole King had done with her mega-selling 1971 album, Tapestry, the Thriller of its time.

When Diamond decided to record one of 10 sold-out concerts at L.A.’s bucolic Greek Theatre — “the place where performers go when they die,” as Neil describes it on Hot August Night, a prescient statement made 38 years before Get Him to the Greek — for a live album, he was still straddling the line between old-time showbiz and new-school rock-and-roll spectacle. His trick wasn’t so much to pick one or the other but to point out that they were one and the same.

“This is gonna be special,” Neil declares three songs in, after the endless prologue, the Elvis-like crotch-thruster “Crunchy Granola Suite,” and “Done Too Soon,” a proto–”We Didn’t Start the Fire” of free-associated historical and pop culture references (“Jesus Christ, Fanny Brice/Wolfie Mozart and Humphrey Bogart/and Genghis Khan and to H.G. Wells”) that is the second most brilliant piece of gobbledygook ever. Neil might’ve been playing to the crowd gathered for his August 24, 1972, concert, but he must’ve also had the subsequent live album in mind. He speaks with the charged intimacy of a man trying to talk his way into a million living rooms. “I promised that before I came back to this theater that we would do things for you that you would not forget for a while,” he says, and again the specter of that cover looms. Neil is part salesman, part seducer, and all Professional Goddamn Entertainer.

In the manner of all great live albums, Hot August Night is structured like a sacred ceremony officiated by a born huckster, building on a wave of increasingly large crests and climax-delaying valleys on the way to an ecstatic conclusion roughly 90 minutes on the horizon. This requires constructing the set in a somewhat surprising way. (“Sweet Caroline,” only three years old and not yet Diamond’s go-to standard, comes only seven songs in.) Neil gives himself time to rest on goofy faux-country numbers like “Soggy Pretzels” and “You’re So Sweet.” (“You’re more loyal than my dog Sam and twice as pretty” — it’s true, Neil Diamond is funny, and on purpose, even!) He also covers Randy Newman, as was custom for anyone holding a guitar in Southern California in the early ’70s.

By the time Diamond starts in on “Morningside” — a song about “a dream … a dream about an old man who dies alone … and a gift he leaves behind” — the time for fucking around has expired. Neil is about to get real. The closing stretch of Hot August Night is a fever dream of fatherly white-man melodrama, starting with the communal sing-alongs of “Song Sung Blue” (in which Neil demands that you “cast away your inhibitions for 16 bars”) and “Cracklin’ Rosie.” With the audience’s guard now lowered, he heads straight into the catharsis of “I Am … I Said” and a delirious “Soolaimon/Brother Love’s Travelling Show,” where Neil casts demons out of his audience like Paul Dano beating the holy hell out of Daniel Day-Lewis’s face.

That sort of operatic emotionalism tends to make people uncomfortable these days. It has become, like live albums, an outdated, even embarrassing indulgence. As for a double live album, well, that’s even dorkier, which explains why the Decemberists dared to release (a really good!) one earlier this year. Hot August Night can be a very funny record if you want it to be. This is to the album’s credit, not its detriment; Neil Diamond dared to blow himself up as big as a midsize country — and I do mean all of him — and as with any nation, he is vast enough to encompass a range of reactions and truths. Hot August Night was made to be mythic, which is to say it exists only in the imaginations of those who truly won’t forget what this man did for them.