The Ballad of the Fabulous Sports Babe 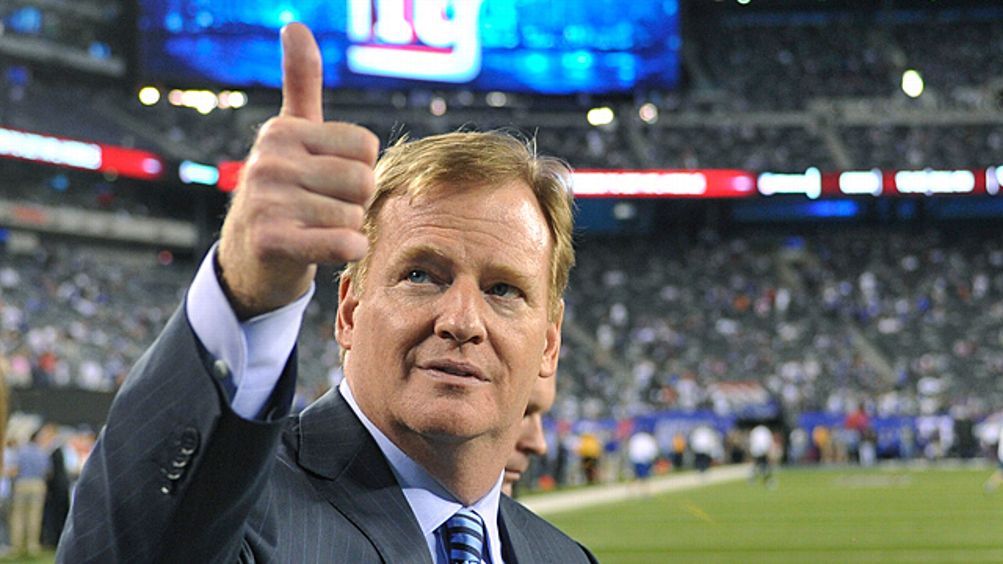 The NFL is on in the background as I speak — or, more accurately, as I type — here in a hotel in Arlington, Virginia, where I’ve come to escape briefly from two weeks of watching democracy throw up on its shoes in Tampa, and then in Charlotte. (The New England Patriots are slowly squeezing Tennessee to a fine pulp.) An unfortunate mishap with the rental car forced me to exchange it for another one, and to have the first one towed away to the minivan clinic, and the guy driving my tow truck was politely cursing his dashboard because “neither of the two stations that carry the Redskins games seem to come in in my truck,” so he was stuck, poor fella, with listening to the (surprising, delightfully underdoggish) Washington Nationals, who, alas, play merely baseball. I asked the driver how the Redskins were likely to be this season.

“We’re terrible, again,” he said. “We might be worse than last year. And we’re playing the Saints, down there, and they’re going to be pissed.”

Or happy. Laissez les bons avocats rouler, baby! Four players, who were suspended by NFL commissioner Roger Goodell for allegedly setting (and collecting) bounties on opposing players, won their appeal Friday, so two were eligible to pound on some Washington Redskins. (Of the four players punished for the Saints bounty scandal, only defensive end Will Smith started for New Orleans. Browns linebacker Scott Fujita and free agent defensive lineman Anthony Hargrove are no longer with the team, and Jonathan Vilma sat out with a knee injury.) It was an interesting few weeks for the guy who is supposed to be, anyway, the most powerful commissioner in all of sports. He loses to the Saints. He announces a program in which the NFL and the military are cooperating in the study of the effect of serious head injuries and ends up sounding as though he’s auditioning for Secretary of Defense. The punter from the Minnesota Vikings steps in hilariously to support a Ravens linebacker in a wrangle with a meathead state legislator over gay marriage. And, of course, his league opens its regular season while engaging in a massive nationwide act of consumer fraud, using scab referees in games that count in the standings, and for which people paid to attend, and, most important, in games that people (I am told) wager on, for reals. Let us take them one at a time.

First of all, he probably overreached on the evidence with which he disciplined the four players. This is no great surprise. The one thing that has marked Goodell’s entire tenure has been his star-chamber approach to punishment. The essentially authoritarian nature of the NFL — and of football itself — can make a dictator out of anyone with the slightest bit of power. This was bred into the operation by the late Pete Rozelle, and there are very few people who would be immune to it. Now, though, according to the appeals panel, if Goodell wants to suspend the four Saints, he has to prove not only that they took part in the bounty program, but also that, because of the bounties, they acted upon a clear intent to injure opposing players. No matter what your opinion is about what the Saints did, and my own is that it is completely barbaric, the appeals decision at least forces a little due process into the proceedings.

As to Goodell’s clumsy assertion that the research partially funded by the NFL will “make everything safer, including our military,” well, the unsolvable problem Goodell has is that he runs a hyper-profitable entertainment entity that depends vitally on the destruction of the human body for a substantial part of its entertainment function. There is simply nothing Goodell can do to change that, and asserting that his league’s dilatory efforts to make that destruction less inevitable — while, at the same time, fighting hard against a whole stack of lawsuits being brought by former players who are living twilight lives because of the destruction in question — will somehow benefit the troops makes Goodell sound silly. The comparison is morally chaotic. People who join the military risk their lives because what they do is considered essential to the survival of a nation. NFL players, for all the macho talk about “going to war” that you hear, do not make that same bargain. What they do is considered essential to a football league. It is not the same thing at all.

Not that the research isn’t in many ways essential. It’s just that Goodell seems to be reaching for a PR bonanza here in a way that diminishes the importance of the work.

Right now, there is a rising chorus of people making the incontestable point that being a football fan makes you morally complicit in cases of early-onset Alzheimer’s and suicidal depressions. That’s the bargain Goodell has to reconfigure with fans, and telling people the research you and your league are helping to support — research, it should always be noted, that you were blackjacked into doing by public opinion and, likely, by lawyers as well — is some sort of national-defense priority makes you look as though you are, at best, missing the point and, at worst, using The Troops as a distraction.

Which brings us to Chris Kluwe, the Minnesota punter and a rising young literary stylist. In Maryland, there is a state delegate named Emmett C. Burns Jr. who is not too fond of the gay people and all the marrying they’re doing across the landscape, and he would like there not to be any gay people doing any marrying in Maryland, thank you very much. To that end, Burns has come to oppose a question about gay people and their marrying that’s on the upcoming state ballot. Brendon Ayanbadejo, a linebacker with the Baltimore Ravens, spoke out publicly in support of same-sex marriage, and Burns fired off a letter to Ravens owner Steve Bisciotti, telling him that he should “inhibit such expression from [his] employee.” This prompted Kluwe to write to Burns, explaining to him that the gay people and all the marrying they were up to were very unlikely to affect Burns’s life in any material way. Well, except that was not the way Kluwe put it. Instead, after explaining his case on constitutional grounds, and on the grounds of simple human freedom, Kluwe felt obligated to reassure Burns to the effect that:

“They won’t magically turn you into a lustful cockmonster.”

I can tell you that, for two weeks, I listened to politicians of all persuasions, and of both parties, and residing everywhere on the ideological Tilt-a-Whirl, and I did not hear anything as eloquent as the argument marshaled above by Chris Kluwe. I can tell you that I am a happy man to have lived long enough to see a professional football player turn a phrase like that one because, I can assure you, back in the day, Pete Rozelle would not have had his league associated with the words “lustful cockmonster,” except, perhaps, metaphorically, and then only in the 1970s. Clearly, Goodell has lost control of the help here.

Finally, the fact that we managed to get through the first week without any major officiating atrocities does not mean what the NFL is doing to its fans, and especially to its fans who bet, isn’t the lowest form of high-rent grifting. The league’s kept media is going to spend the next seven days telling you that the scabs worked out pretty well, but it doesn’t make what the NFL is doing any more correct. This is a billion-dollar enterprise that is nickel-and-diming the people who it otherwise would assure you, relentlessly, have the “toughest job in the game.” (This is, of course, nonsense. No referees are coming down with dementia in their 50s because they threw the flags too hard.) The point on which the NFL is refusing to compromise is the equivalent of the change you find in the cup holder of your rent-a-car. Here is where the authoritarianism that is a fundamental part of Goodell’s job is being most graphically asserted now, and it’s a bad job to do it this way, because it is being asserted in a way that is contemptuous of fans, and of the safety of the players that he is elsewhere insisting his league has made its highest priority.

Without question, the NFL began its regular season shrouded in an unprecedented kind of ambiguity. The moral basis for its very existence is in question in a way that never has been the case before — and, generally, the moral basis for football itself is being questioned in a way that hasn’t occurred since Teddy Roosevelt threatened to ban the game in 1905. Usually, football has been able to toughen up and brazen its way past complaints about its inherent violence. But there are too many aging, walking wounded these days for those testosterone-fueled alibis to hold anymore. Former players — many of whom are tougher now on their plastic knees and with the amyloid encroaching on their brains than the radio cowboys yapping about the “wussification” of the game they love — are witnesses beyond reproach. This is going to require that Roger Goodell be smart and humble. The latter, especially, never has been a conspicuous characteristic of the job he holds. But, hey, the Redskins went down to New Orleans and hung 40 on the Saints and won the game, and Robert Griffin III played like a genuine star. So the commissioner’s probably overjoyed, and my tow truck driver is probably pretty happy, too.