The Sporting Life of Elliott Gould 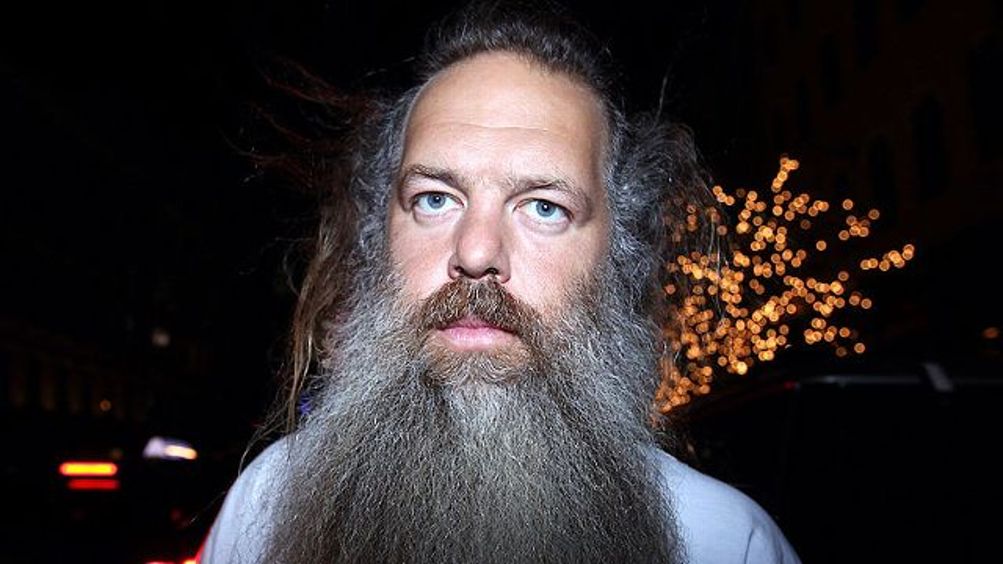 Of all the great years that Rick Rubin has had in his professional life, 1986 is probably the greatest. It’s in the running for GOAT for any record producer, really. That year Rubin was involved in the making of three LPs, all classics: Run-D.M.C.’s Raising Hell, Slayer’s Reign in Blood, and the Beastie Boys’ Licensed to Ill. If you are between the ages of 35 and 50, it’s likely that hearing at least one of those records at a crucial time in your life discombobulated your brain like a whippet (possibly because you happened to be doing whippets at the time). For everybody else, you can measure the impact of each album by accounting for the hundreds of bands that would not exist without it. Taken together, those three records are responsible for a sizable portion of American youth culture in the late ’80s and ’90s, taking what had been furiously bustling in the underground and inserting it into every town, big or small, in the country. This is how music changes the world.

The invention (or, more accurately, crystallization) of Rubin as a concept also came in 1986 — henceforth he was officially known as a Man Who Knows Things, a real-life Visionary Facilitator. And that status was affixed without an expiration date. If he had gone back to being Frederick Jay Rubin on January 1, 1987, subsequently finishing his philosophy degree at NYU and selling carburetors in Lido Beach, he’d still be remembered today as a legend for everything he did in ’86.

Rubin isn’t selling carburetors these days, of course. He’s selling himself, and business is booming. In this regard, 2013 might be Rubin’s new greatest year. Commercially, he’s back on top: The Black Sabbath reunion record that he produced, 13, debuted at no. 1 on the Billboard chart in June. The unfocused, three-and-a-half-hour set of song sketches that Rubin swooped in last-minute to “reduce” into Kanye West’s succinct gut punch Yeezus went to no. 1 the following week. Then, earlier this month, Eminem’s Rubin-assisted Marshall Mathers LP 2 (“Rubin-assisted” meaning he produced the record’s four best and Joe Walshiest tracks) took the top spot with the year’s second-best debut tally. Add in the Avett Brothers’ Magpie and the Dandelion (which premiered in Billboard‘s top five in October) and his contribution to Lady Gaga’s Artpop (which will likely take the pole position this week), and Rubin’s prominence seems greater than ever.1

Eminem showed his appreciation for Rubin’s assistance by allowing his consigliere to take an awkward victory lap with him on Saturday Night Live — or maybe he was just showing off the favored emblem of credibility for fortysomething rock and rap dads everywhere. Jay Z did the same thing this summer in the Samsung ads for Magna Carta … Holy Grail, deploying Rubin like Moses of Malibu to publicly christen a project he otherwise played no part in creating. What mattered to Jay (and Em) is what Rubin signifies as a prop — for people of a certain age, seeing Rubin gives you that old 1986 feeling all over again, and he can transfer that indelible sensation to others in his orbit.

What Rubin possesses is the single most valuable commodity in popular music right now. It’s one thing to reaffirm your ability to create pop hits at a time when the prestige of a “pop hit” has been degraded like the backup dancers in a Lily Allen video. But Rubin as a brand is the rarest of currencies — it cannot be downloaded or streamed or swiftly shunted aside like yesterday’s tweets. What Rick Rubin possesses transcends who he is as a person. Like Terry Valentine in Steven Soderbergh’s The Limey, he is not specific enough to be a person — he’s more like a vibe. 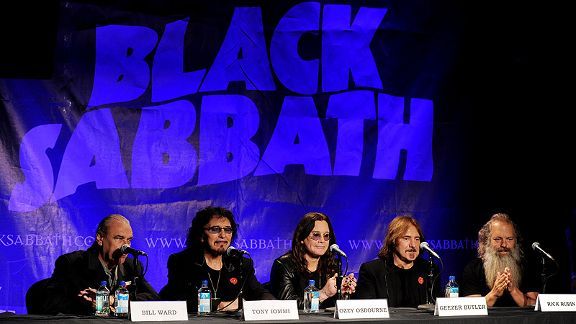 Rubin has been so present lately that it’s easy to forget he had been teetering on the brink of irrelevancy for more than a decade. The man who reigned in the ’80s as a master of fabulously gritty rap and horrifyingly gritty metal, and minted his reputation in the ’90s as the Bob Vila of aging rockers’ careers, became the guy who oversaw minor Weezer albums and marginally superior Linkin Park LPs in the ’00s. In 2003, he produced the immortal “99 Problems” with Jay Z, but that same year he also showed up in the production liner notes of Limp Bizkit’s disastrous “the late-’90s are finally the fuck over, thank god” record, Results May Vary. After that, Rubin dutifully set about making Kid Rock seem respectable and Josh Groban somewhat edgy. His worst missed opportunity was not taking a rock to the head of the ailing Frusciante-less Red Hot Chili Peppers but instead enabling 2011’s terrible I’m With You. In 2007, Rubin assumed the copilot seat at the head of Columbia Records, a testament to his evolution from pop provocateur to respectable shepherd of middlebrow Grammy bait like 2006’s Album of the Year–winning Taking the Long Way by the Dixie Chicks. The cover of The New York Times Magazine guilelessly asked, “Can Rick Rubin Save the Music Business?” The answer was “Of course not,” and Rubin was quietly discharged amid hints of internal power struggles in 2011.

Until recently, the triumphs on Rubin’s late-career résumé were alarmingly tangential. Yes, he was listed in the credits of two huge 21st-century pop albums, FutureSex/LoveSounds and 21. But his contributions were relegated to the “undistinguished deep cut” pile — he had the dubious distinction of being one of the only A-list producers working alongside but not making hits with Justin Timberlake and Adele.2 Other high-profile projects failed to launch. A much-ballyhooed union with U2 in the mid-’00s was scuttled. Sessions for a Crosby, Stills, and Nash covers album ended acrimoniously after Rubin tried to dictate how many Beatles songs David Crosby was allowed to sing. “I know he’s sold millions of records, but who the fuck is he to tell Crosby, Stills and Nash what to do?” Graham Nash groused to Rolling Stone.

Rubin’s house production style — naturalistic, stripped-down, philosophically New Agey, heavy on “feel,” beholden to the producer’s gut instinct, and treacherously slow-paced — started to strike some as empty shtick. Unlike practically every other artist who has worked with him, even the ones who walked away,3 Jakob Dylan publicly criticized Rubin earlier this year on Marc Maron’s WTF podcast over his experience making the stark 2010 acoustic record Seeing Things. “I don’t need a guru,” he said flatly. “I like everybody in the room to talk in musical terms.” Dylan also went after Rubin where it really hurts, calling the sacrosanct American series recorded with Johnny Cash “a card trick” that verged on exploitation.

Setting aside the “Did Rick Rubin exploit Johnny Cash?” question,4 Dylan’s interview touches on a curiously infrequent topic of discussion regarding the myth of Rick Rubin: his relative lack of musical acumen. From Phil Spector to Gamble and Huff to Robert John “Mutt” Lange to Butch Vig to the Neptunes, record producers have typically been some combination of studio engineer, songwriter, arranger, and musician. But Rubin doesn’t really fit into this paradigm.5 “I don’t even know what a traditional producer is or does,” Rubin told the Washington Post seven years ago. “I feel like the job is like being a coach, building good work habits and building trust.”

Rubin’s most prized asset as a producer is his ability to deduce what a particular song requires by merely listening and then elucidating. Read enough Rick Rubin magazine profiles and you’ll notice that there’s inevitably a scene in which the writer watches Rubin intensely apply his receptive aural talent to a high-paying patron’s latest song. Or you can see it for yourself in Jay Z’s Samsung commercial, the one in which Rick lies beatifically on a couch with his hands and bare feet crossed. His eyes are closed. His beard is at rest, and then roused for a thoughtful stroke. His head moves right, then left, then right again. He is a man who is experiencing the deeply spiritual reverie that only music can provide, aware that others are experiencing a similarly profound moment that derives solely from watching Rick Rubin experience music. 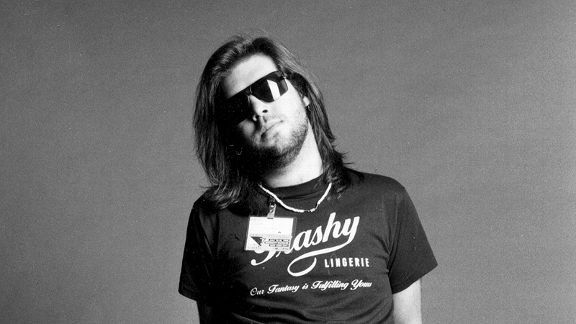 Would it surprise you to learn that Rick Rubin really likes magic? Lynn Hirschberg’s 2007 New York Times Magazine article includes a brief but illuminating digression about how the illusory arts have been an obsession of Rubin’s since he was 9. “I would take the train from Lido Beach into Manhattan, and I’d hang out in magic shops,” he says. “When I was 14, I had magician friends who were 60. I learned a lot from them — I still think about magic all the time. I always think about how things work, the mechanics of a situation — that’s the nature of being a magician.”

For magic to work, you need two things: a willing participant who wants to believe that magic is real and a magician who can provide clarity in a realm where clarity is not supposed to exist. This is what Rick Rubin does. He is clarity. He tells you what to do and makes the fantastical seem logical. His illusion is that masterpieces are still possible, even in the nonsensical realm known as the modern record industry.

Rubin isn’t nearly tacky enough to liken himself to a magician outright. He prefers to call himself a coach — he certainly uses the same sort of “dare to be great” motivational speak that coaches prefer. “From the beginning, all I’ve ever cared about is things being great,” he told Newsweek this summer. “The things that can’t be a factor are time, chart position, radio success, sales — none of those things can get in the way of something being great. All they do is cloud the picture.” If only coaches had the luxury of not allowing results to “cloud the picture” — for Rubin and the artists who work with him, success isn’t about wins and losses but about feeling good about how well the plays are executed.

I don’t mean to sound cynical. Rubin’s wise-man persona does make me roll my eyes, but there’s no denying that when his methods work, they really work. Yeezus is incredible in large part because Kanye West trusted Rick Rubin to lock his record in a chest and make most of the music disappear. When Eminem stares into Rick Rubin’s eyes on The Marshall Mathers LP 2, he miraculously starts quacking like the insanely funny Eminem of the early ’00s. And while Rick Rubin didn’t bring Black Sabbath back to life on 13, he made the body parts move as if he had. Sure, it’s all just a card trick. But what an amazing card trick.