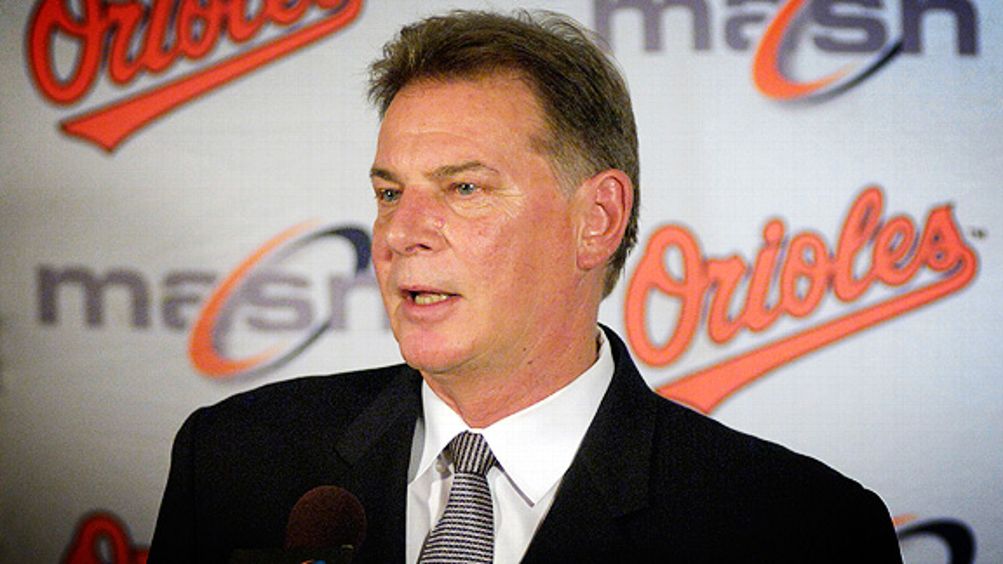 One day in the clubhouse at Memorial Stadium in Baltimore, Mike Flanagan asked me how my husband felt about my nightly reportorial excursions to the locker room on behalf of the Washington Post. “He doesn’t mind,” I told him. “He knows: seen one, seen ’em all.”

Flanagan laughed, which was unusual only because of the subject at hand. The family jewels are no laughing matter to most ballplayers I know. Laughter became Flanagan. In the glory days of Orioles, when I was a newbie baseball writer for the Post, the roster of talkers was as good as the everyday lineup. Singy — Ken Singleton — Flanny, and Cakes — the underwear spokesman Jim Palmer — were my go-to guys, occupying stalls along one wall of the shabby chic clubhouse. Stalls, they were. There was nothing luxurious about that locker room except the quality of conversation. John Lowenstein, the agent provocateur in left field, once engaged me in a dialog about the relative merits and demerits of freezing and burning to death.

That long-ago conversation took on a somber hue last week when word came of Flanagan’s death by a self-inflicted gunshot wound to the head. It seemed a particularly cruel fate for a ballplayer who had so much going on upstairs, and one who affected me more deeply than our passing professional encounters would seem to have warranted.

Unlike my colleagues who have written in recent days of having covered him over the past 30 years as a pitcher, pitching coach, general manager, and broadcaster for the Orioles, Flanagan was in and out of my life as quickly as I tried to get in and out of the locker room. But he stayed with me in ways I didn’t realize until I heard about his death. What struck me about the conversation that day in the locker room was his interest in me. Most athlete-cum-celebs are too busy bemoaning the obligations of public personhood, too consumed by the ego-distorting attentions of doting reporters hanging breathlessly on every not-so-well-chosen word, to think about anyone other than themselves. But Flanagan really wanted to know about me, and because his interest was palpably authentic I told him things I never expected to reveal in a major league clubhouse, where revelation was supposed to be the other way around. I told him the naked truth.

I said I would think twice about life as an on-call beat reporter if I had children to put to bed, which I didn’t, not to spare them potential embarrassment. In fact I would embarrass them by writing about the evasive actions I took to avoid unpleasant visual encounters with the jewels that belonged to other people’s families. But that, and they, was a long way off. More likely I would grow old in the locker room, quitting only when I was old enough to be the mother of my interview subjects. And, I told Flanagan why. We were having trouble conceiving, and we were running out of time (ticktock) and options.

Flanagan told me that he and his then-wife, Kathy, had conceived their daughter through in vitro fertilization. When Kerry Flanagan was born in July 1982, Louise Brown, the world’s first test tube baby, was just 4 years old, and only seven new American citizens had been conceived through the process that liberated would-be parents from infertility. It was still common back then for those of us who avoided other people’s children to be lectured by the fecund about God’s will as expressed through malfunctioning fallopian tubes.

I no longer remember whether our conversation took place before or after Kerry’s birth, or before or after the story appeared in the September 20, 1982 issue of People magazine accompanied by a photo of Flanagan holding his newborn (and naturally delivered) daughter in the pocket of his baseball glove. Nor do I remember whether I wrote about what Mike told me. A cursory 2 a.m. review of Post archives revealed no broken ground on the subject under my byline. Perhaps the subject cut just too close to the bone.

I do remember the oscillation between hope and despair that attended to my three attempts at in vitro fertilization. And I remember that each failure begat renewed determination to keep trying, to “suck it up” in jock vernacular, until the next cycle produced sweet success. I became an in vitro athlete in competition with my own body. I began to understand something elemental about the insensible doggedness of competitors who cannot give up on their own physiology. Now every time I hear flabby grandstand grousing about ballplayers who hang on too long I think about how hard it was for me to quit.

Quit I did, retiring with a test tube record of 0-and-3. (I went to the bullpen and adopted my two divine children.) Flanagan had a winning record in the in vitro game. He became the father of three girls. But, last week, he quit being able to get up in the morning and put a gun to his head.

Flanagan’s suicide and that of former Yankee pitcher Hideki Irabu after the spotlight passed them by, that of Denver Bronco’s receiver Kenny McKinley and LPGA golfer Erica Blasberg after suffering debilitating injuries, and that of former Pro Bowl safety Dave Duerson, who shot himself in the chest so his brain could be studied for evidence of trauma-induced disease — which was found to be ample — cry out for the availability of on-going psychological services for professional athletes and for a reexamination of the fallacious assumptions we make as a result of their sturdy professional lives.

In Flanagan’s obituaries, he was universally described as the funniest man on those giddy “Oriole Magic” teams. “Mordant,” Post columnist Tom Boswell said.

There is nothing incompatible about laughter and demons, nor about athletic achievement and depression. Mike Flanagan made me laugh, too. But mostly, he made me brave.

Jane Leavy is the author of the New York Times best-sellers The Last Boy, Mickey Mantle and the End of America’s Childhood and Sandy Koufax: A Lefty’s Legacy. She is a former staff writer for the Washington Post.

Previously from Jane Leavy:
One Round