From Cuba With Heat 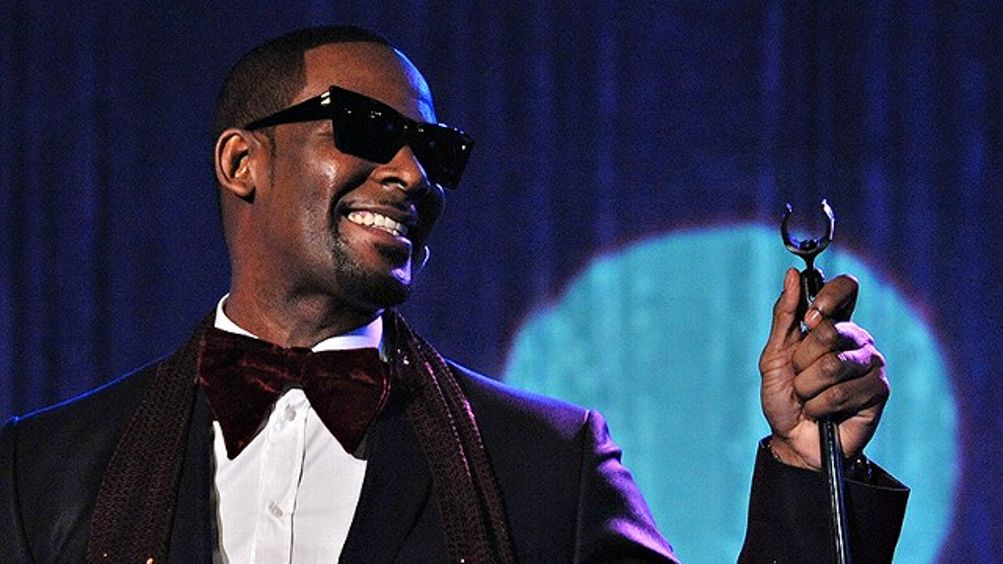 Here’s a scenario that every consumer of culture1 encounters consciously probably a half-dozen times per year, and unconsciously many more times than that:

In April, I received an advance copy of an album called Pythons by a midlevel indie-rock band called Surfer Blood. I liked it. I also liked the band’s 2010 debut, Astro Coast, which garnered buzz in circles where midlevel indie-rock bands are still considered important. Pythons is an homage to the patently uncool mid-’90s radio-friendly alt-rock for which I’ve always had a soft spot; when I wrote about the record a few weeks later, I compared it to Better Than Ezra, and meant that as a compliment.2 Ultimately, I found Pythons to be slight, but I still couldn’t resist playing it regularly in my car and around the house for about a week. It was fun, easily digestible musical comfort food.

At the time, I was aware that Surfer Blood’s lead singer had been arrested on domestic battery charges in connection with an argument involving his then-girlfriend in 2012. Listening to the album, I was able to compartmentalize my feelings about the incident (generally negative but also unformed, since I didn’t know all the facts)3 and keep them away from my feelings about the music (generally positive but not exactly enthusiastic). I was doing what people do all the time with musicians (and actors and athletes), often without realizing it — setting aside my knowledge of behind-the-scenes behavior I would typically find abhorrent if I actually knew the person because I don’t actually know the person. I reacquainted myself with the stock arguments people use for assessing art on its own merits, as opposed to taking into account the virtues or transgressions of the artist. Pythons wasn’t accused of hurting anyone; my relationship was with an inanimate object, not the people who made the inanimate object. If I judged this record based on the actions of one of its creators, should I feel compelled to do background checks on every record I’ve ever sort of liked? What is the minimum level of heinousness I am willing to tolerate in relation to my entertainment? Besides, it wasn’t like I was “supporting” the band — I had gotten my download for free from the band’s publicist.4

Once Pythons was released, my perspective began to change. The album’s most worrisome footnote became its primary narrative. Surfer Blood’s singer conducted an interview with Grantland contributor Ian Cohen for Pitchfork in which his arrest was the focal point. Nearly every review of Pythons mentioned the incident (at the very least) in passing, with many critics going a step further and using it as a prism through which to analyze the album’s lyrics. This was unfair (the songs, while open to interpretation, don’t address intracouple violence in a way that’s obvious to the casual listener) and inevitable (it would be negligent of reviewers not to bring up the most scandalous detail about the band). It seemed like Pythons was getting a lot more attention than it would have under normal circumstances, but for the worst possible reason. The media, pretty much across the board, had instructed listeners to conflate an unseemly event with an otherwise innocuous record. Suddenly, I felt like a bad person, immoral even, for liking Surfer Blood’s music.

Intellectually, I support the idea that music should stand apart from the music maker. But it’s not an absolute; there is personal behavior so extreme it would preclude me from enjoying an artist’s output. For instance, I would not be into hearing an album recorded by Jeffrey Dahmer, even if it combined the assured melodicism of early R.E.M. with the muscle of Rainbow’s Long Live Rock ‘n’ Roll and the witty lyrics of Loudon Wainwright III’s Attempted Mustache. If I can draw the line there, why am I OK with other kinds of bad behavior? What’s my personal standard?

I honestly have no idea. These kinds of questions come up all the time, and every possible response feels both correct and inadequate.5 What I know for sure is this: If a song immediately makes you think of the artist’s personal life, and not about your own life and experiences, that’s almost never a good thing for the song.

Whenever a public figure I like does something I hate, my brain automatically performs a calculation: my appreciation of what that person does, subtracted by the horribleness of the offense. Sometimes this results in a positive number; sometimes it’s negative. The higher the integer, the more capable I am of overlooking the crime. It sounds somewhat ignoble when I say it out loud (rather than allowing my brain to carry out that equation automatically). But I suspect that this imprecise arithmetic is common; it could even be described as necessary for anyone who’s interested in even a minimum level of engagement with culture. Sometimes being a citizen of the world involves being permissive of monstrous people, just because you happen to enjoy the first two Lethal Weapon movies (and maybe a third of Lethal Weapon 3). Other times it might require canceling out your mindlessly reflexive pleasure as a spectator at a harmless pastime (unless there’s still a credible argument for getting excited about Aaron Hernandez scoring touchdowns). You might believe that one option is superior, but it’s nearly impossible to only have either kind of reaction. 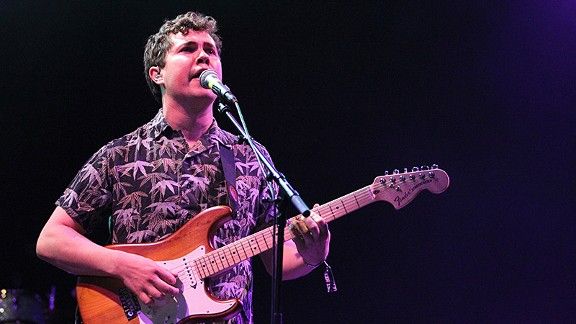 The scenario that I recently experienced in my head about an inconsequential record made by a barely consequential band is about to take place on a much grander scale and it involves two of the biggest stars of contemporary R&B. At some point this year,6 Chris Brown will release his new album, X, which will once again divide pop music listeners into two groups: The “I think Chris Brown is a big fat scumbag because he hit Rihanna” side, and the “I don’t think Chris Brown is as big or fat a scumbag as some people think” side (to say nothing of those who have no problem with Brown whatsoever). On Sunday, R. Kelly headlines the final night of the Pitchfork Music Festival in Chicago, the same city where some of the young women (emphasis on some, as there are many others) who have accused him of statutory rape over the years reside.

In a general sense, it seems like Kelly has been more or less excused for his past, while Brown is still consistently condemned, and I understand why. Kelly is the better artist, and he’s made more of an attempt (though it has largely been implicit) to atone for his mistakes. This has all been rehashed many times. Here’s what can’t be debated: Chris Brown and R. Kelly have endured, even thrived, in recent years with certain audiences, while at the same time being reviled by other audiences. There appears to be little dispute about their guilt; what’s in dispute (and probably always will be) is whether their art is guilty by association. Chris Brown is treated like a pariah in the media, but in the cozy confines of urban radio he’s still hugely popular. R. Kelly isn’t the hitmaker he once was, but he is well regarded among critics and has had an unexpected revival among the hipster crowd. Playing Pitchfork (as well as Coachella and Bonnaroo earlier this year) shows that R. Kelly recognizes and is now courting this new constituency.7

Chris Brown, meanwhile, will probably never get the benefit of an indie-kid revival — not that he especially needs one at the moment. At last month’s BET Awards, Brown took home the fan-voted FANdemonium Award for the fourth consecutive year. No matter the media’s knee-jerk impulse to turn every news item about Brown into a hatchet job, it clearly has not affected the opinions of those who matter the most to his career (though 2012’s Fortune sold less than half what its predecessor, 2011’s F.A.M.E., did). 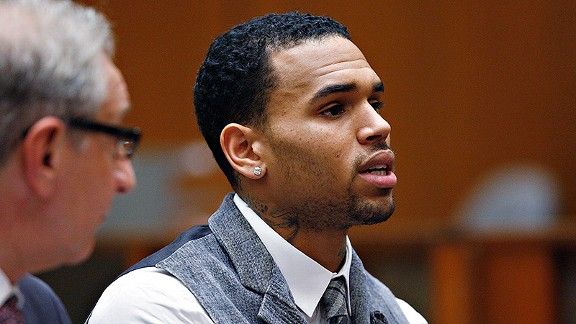 People who care about having an opinion about Kelly and/or Brown tend to be passionate about their opinions, and dismissive of (if not openly hostile toward) anyone holding an opposing viewpoint. Those who take the “moral” side will suggest that overlooking these men’s pasts suggests a callousness about the abuse of women on the part of the listener. Those on the “art” side will counter with an equally valid point about how living in the information age makes it difficult to enjoy anything without feeling culpable for something an artist you like did in the past — so you might as well ignore the non-musical data. I see the logic in both arguments. What seems illogical (but isn’t) is that the same people who will never forgive Chris Brown (because they accept the “moral” argument) will also have no problem attending an R. Kelly concert this weekend (because they also accept the “art” argument). It makes no sense, but it also does, if you can accept that the same mental equation can yield different results depending on the person.8

Here’s the thing about music: You don’t ever really “decide” to like a song. Music, at its best, elicits a physical reaction that is involuntary. Songs make us dance, cry, run farther, and drink harder, whether we want them to or not. Being a good person — or feeling like a good person — therefore forces your brain to betray your body as a music fan. And sometimes the brain isn’t able (or willing) to win that battle. For me, Kelly and Brown (and Surfer Blood) aren’t worth the queasiness. Then again, I already have too many skeletons lurking in my record collection.