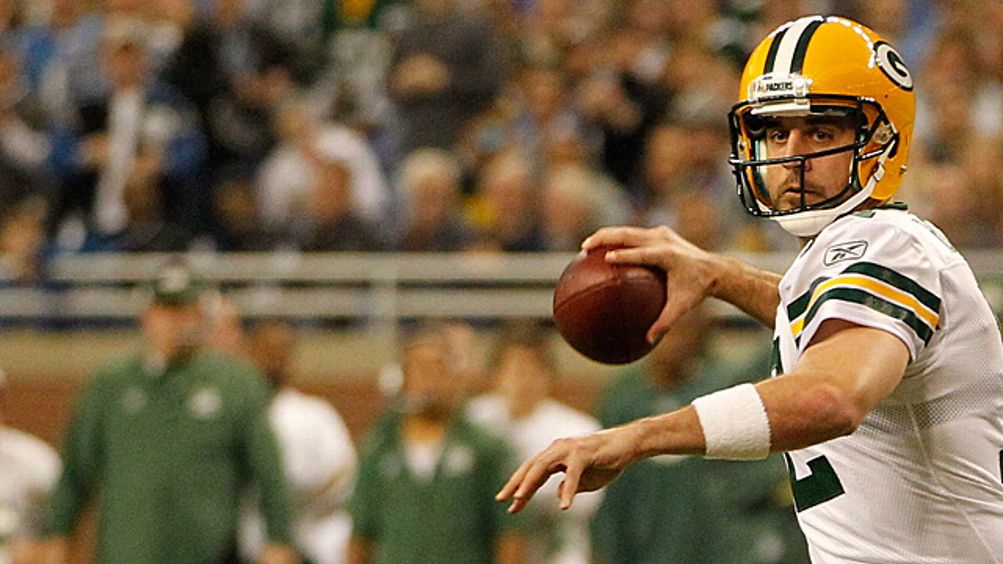 For as long as we talk about football, every Aaron Rodgers story will begin the same way. Rodgers will be sitting in the green room — with his soul patch and decidedly early-2000s hair — watching the picks go by at the 2005 draft, plotting his revenge on all who dared to dismiss him.

As long as he’s playing, Peyton Manning will be the focal point of conversations about individual vs. team success, and how much winning games deserves to play into legacies. And those are conversations that won’t be ceasing anytime soon.
—Robert Mays

We thought it valuable to look back over what onetime Washington Post publisher Phil Graham called “the first rough draft of history” to see not only how LeBron has changed, but how the appraisals of him have, too.
—Erik Rydholm

That’s where PTI‘s version of the Rodgers story begins as well, and it continues with several chapters that now seem like they happened ages ago. The Rodgers saga was really the Favre saga in the early years of the former’s career, and as Tony Kornheiser and Michael Wilbon show us, there was once a time when we wondered whether drafting Aaron Rodgers was the right decision for Green Bay. As Brett Favre wavered, and as the Packers’ history teetered on his indecision, there was Rodgers, forced to wait his turn — and be put in a position that would make it even more difficult for him to succeed.

See, legendary quarterbacks aren’t easy to replace. For every Steve Young, there are a dozen Brian Grieses. Succeeding a figure like Favre comes with the crushing expectations and comparisons. That’s why it has been easy to forget the early years of Rodgers’s time in Green Bay — because when he finally got his chance, it wasn’t long before his story was all his own. Since Rodgers’s first season as a starter, he has never thrown for fewer than 3,900 yards. His lowest touchdown total is 28. He has an MVP award and a Lombardi Trophy. And as of today, he is the best player in football. When Rodgers’s career is over, we won’t be measuring him against one great quarterback. We’ll be measuring him against them all.